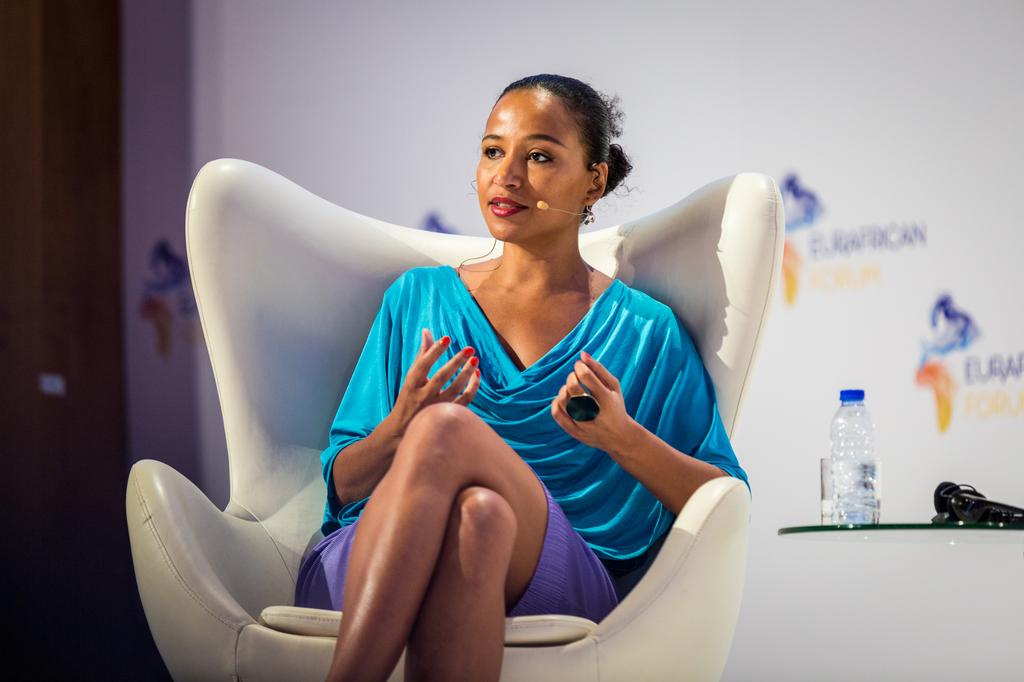 For bookings, please use the contact form or email msafropolitan@gmail.com.

For past events, scroll down.

As a lecturer and keynote speaker, Minna has spoken at hundreds of universities, cultural events and conferences, on five continents. She has presented talks at some of the world’s most prominent institutions such as the UN, EU, The Oxford Union, The Cambridge Union and The Singularity University at NASA, and discussed #MeToo with Germaine Greer, Afropolitanism with Paul Gilroy and global feminism with Nawal El Saadawi. She has consulted governments on gender equality and she has curated events at The Victoria & Albert Museum in London. She is a guest commentator on the BBC, SKY, Al Jazeera and Channel 4. Minna has spoken at events in Austria, Belgium, Bermuda, Brazil, China, Finland, France, Gabon, Germany, Hong Kong, Italy, Jamaica, Morocco, Nigeria, Norway, Portugal, South Africa, Spain, Sweden, Switzerland, The Gambia, The Netherlands, The UAE, The UK, and The USA.

Minna’s talk was mesmerizing – a deeply personal and revelatory story, yet also the story of women everywhere; an account of a uniquely African vision of womanhood as well as a telling that makes it an inspirational model for women everywhere. I was also impressed that it was solidly academic as well as literary and memoir-esque (to invent a term).

Working across and blending multi-genres such as orature and memoir, using radical feminist, global African and Marxist theories, at once poetic and philosophical, Minna Salami is one of the most arresting voices speaking to our times.

Minna Salami gave an excellent talk at the Annual African Studies Association Women’s Caucus Luncheon in December 2018. It was gripping and honest; it traversed multiple disciplines and strategic approaches to highlight how gender is a social construct. She blended history, gender studies, African feminist epistemologies, mythologies, and personal anecdotes to paint vibrant and colorful imageries. We all came away understanding both the ways in which gender norms in Africa are more and less constricting than is generally believed. Minna is a passionate speaker, and she had us on the edge of our seats, fostering a sense of (African) feminist camaraderie throughout the room. Members of the audience flooded our emails with praise for her talk. The ASA Women’s Caucus organization received many compliments about her talk and we could not have been more pleased, or prouder, to have had Minna, a fellow African feminist sister, and colleague, on the stage of the annual African Studies Association conference.

Minna Salami is definitely an inspiring voice for diverse feminism in the 21st century.

PAST TALKS AND DEBATES