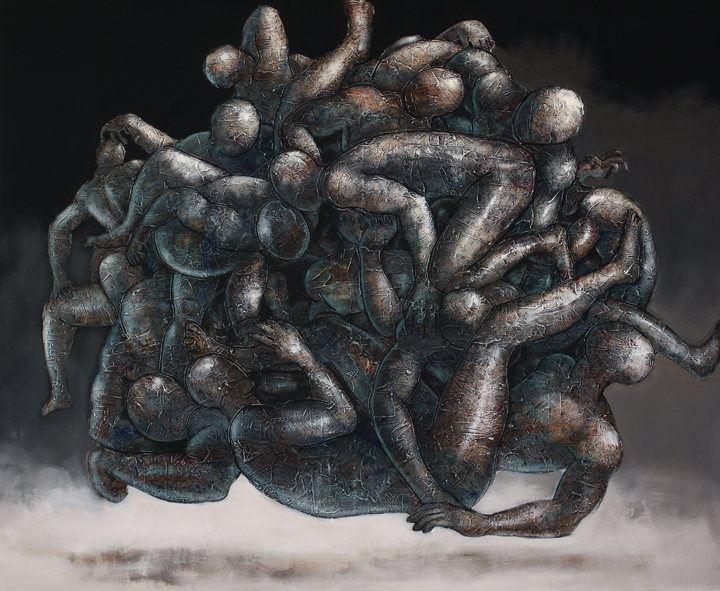 Last month, I took part in a panel discussion about Afroisms at Busseywood film festival. The panel, moderated by Tega Okiti, consisted of Emma Dabiri and Chardine Taylor-Smith, both opponents of Afropolitanism, and myself – a proponent of it.

When I chose the name for my blog, I didn’t intuit becoming a proponent of Afropolitanism. The term simply appealed to me. However, names are prognosticative, and over the years the concept has indeed shaped the direction of this blog in ways that I can only describe as ‘destiny’.

As a shaper of the concept, I’m frequently asked to share my views about it, especially by students and academics who are exploring its sphere. So I thought I’d share and build on the arguments that I made during the panel, so that I can easily refer to them when necessary.

It’s not, by the way, that I am unwilling to answer questions, but I think that this inconclusive list might nevertheless be useful as a starting point. Also, while the blogpost will remain as it is now, I am also posting it as a page (in the upper right corner of my home page) which may get updated from time to time.

Afropolitanism describes a part of my identity but also, and especially, it describes my philosophical position about the world.

Afropolitanism is a conceptual space in which African heritage realities are both interrogated and understood with the tools and nuances of modern-day globalisation.

Afropolitanism is a ‘glocal’ – global and local – space.

Afropolitanism is not a geographical space but rather a social, cultural, political, philosophical, psychological, spiritual one.

Furthermore, Afropolitanism is anachronistic. It encompasses existences, experiences and expressions which are simultaneously historic, present and futuristic.

To summarise so far, then: Afropolitanism is a glocal, analytical interaction of cross-cultural, philosophical, psycho-social and spiritual textures informed by past, present and future Africa.

Afropolitanism is similar to diaspora in so far that it denotes a philosophical space rather than a physical one.

Unlike the term ‘diaspora’, however, which largely connotes the African experience outside of the African continent, Afropolitanism exists as much within the continent as outside it.

Also unlike diaspora, but like pan-Africanism, Afropolitanism is concerned with social, political and cultural change.

Afropolitanism is not colour-blind but it is aracial (if I may). It is (a)racial in the sense that it is a discombobulation of the race gaff created by European ancestors.

Afropolitanism is a feminist space.

Afropolitanism is a feminist space not only because many of its theorists are feminist but also because it is a twenty-first century idea, and no serious theoretical spaces today can ignore the contributions of feminism (in the way that, say, pan-Africanism did in its heyday).

For the same reasons, Afropolitanism is also a queer space.

The Internet is Afropolitan.

Afropolitanism is a language and a vocabulary aimed at encouraging conversations of African journeys and imaginations.

Afropolitanism is largely shaped by people who have time for ideological ruminations and cultural expression. People who are struggling for food, or fleeing wars, or struggling with other disabling structures, sadly rarely have the luxury to debate ideology, be it feminism, marxism, socialism etc.

That said, in its unity with African cosmologies, Afropolitanism can unfurl a vital and lacking conscience about poverty – the most pressing issue facing the African continent. (And the entire world.)

Afropolitanism enables discussion and potential solutions toward eradicating poverty through interrogations of glocal structures and systems. It does so in three-fold fashion; through the rational mind (dissemination, discussion, interpretation); the subconscious spirit (art, culture, mythology, fashion, poetry, aesthetics); and the animus – motivation to action.

Art is a way to understand and change ourselves just as much as science or theory is. (If not more.)

Afropolitans, that is, those to whom Afropolitanism presents a space of interrogation and exploration for the African heritage experience in the contemporary age of globalisation, are responsible for the discussions which take place within the space.

It is not possible to predict what this group of people might include in their discussion.

In hip hop culture, emcees come together in a circle known as a cipher, each freestyling in turns in order to non-violently and harmoniously exchange energy even when the energies are in friction. The cipher is of African origin and has traveled from various locations in the continent to, for example, the roda de samba dance circles in Brazil. The Afropolitan space is metaphorically similar, a circular motion where intersecting  topics such as decolonisation, culture, poetry, politics, capitalism, cosmopolitanism, sexuality, mythology, technology, mysticism, psychology and spirituality are invoked and expressed.

In the cipher, no one needs to pass the African Authenticy Standards Test (AAST) in outlining Afropolitanism. The Afropolitan expression of, say, Achille Mbembe is not more authentic to that of, say, The Afropolitan Shop or vice versa. Either can, and should be, open to interpretation, criticism and relatability but each co-exists in the metaphoric circle like a spiral of DNA.

Yet Afropolitanism intervenes in the perpetuation of cultural fabrications (such as the whitewashing of Kemet) and other attempts to misappropriate the origins of human art, science and philosophy. It does so by clearheadedly exposing the decoy.

Taiye Selasi’s article “Bye, Bye Babar” is a key Afropolitan text, naturally. As is, in my view, Kwame Anthony Appiah’s “Cosmopolitanism”, which elucidates the ethical argument of cosmopolitanism and, in an Africa-centric view, Afropolitanism. I’d add the Souls of Black Folk, Black Atlantic and Africa Must Be Modern by W E B DuBois, Paul Gilroy and Olufemi Taiwo respectively. Additionally, Elif Shafak’s discussions on cosmopolitanism also inform my vision on Afropolitanism. There are many more texts I’d include but these are a start.

Afropolitanism is a branch of cosmopolitanism like a leg is a part of a body.

If cosmopolitanism is, simply put, “the recognition that human beings are different and that we can learn from each other’s differences”, as Kwame Anthony Appiah writes, then Afropolitanism insists on the recognition of the contributions of Africans to humanity within cosmopolitanism. It makes this insistence because it grapples with a corrupt system contrived to rank Africa’s epyrean contributions to humanity as sub par.

Speaking of Afropolitan aesthetics, which I believe exist and would describe along the lines of: explorative, symbolic and mythopoetic visuals picking and choosing from the architecture of Afrocentric cosmologies in glocal contexts. Art whose vibrations affect the mind, body and soul in both enticing and politicising ways.

On these accounts, Afropolitanism is a revolutionary and spiritual space of sense and sensibility; of reconfiguration through revelation; of deconstructing to reconstruct; of trying and erring. It is a modern-day oracle whose algorithmic mediums (literature, theory, folktales, art, myth, fashion etc.) serve to reduce the discord and asymmetry of separation between Africans themselves as well as between Africans and the rest of the world. It is a philosophical paradigm where important, if imperfect, conversations are held. Afropolitanism offers metaphoric libations to ancient, spiritual knowledge systems such as ancestral communism. Ancestral communism, let’s say, is a kind of theory like ubuntu. Thus, Afropolitanism is a balancing ideology where the traumas of the African experience – slavery, colonialism, racism, sexism, religious crusades, pogroms – are restored with the marriage of symbolic, inquisitive, humanist ancestral knowledge systems with contemporary technological processes, art and science.

The image is “We – Inspired by Gra Gra” by Segun Aiyesan [5x6ft – Mixed Media on Canvas] used with permission. I’d like to share some of the story behind the image and why I found it fitting in this context. Aiyesan describes “We” as an organism whose “existential success depends on every integral unit comprising the system…performing specific tasks.” He also says that the image represents a force “that cannot be denied, nor ignored, nor contained, nor limited, nor destroyed, for its essence is the survival of humanity itself. “We” are one.”