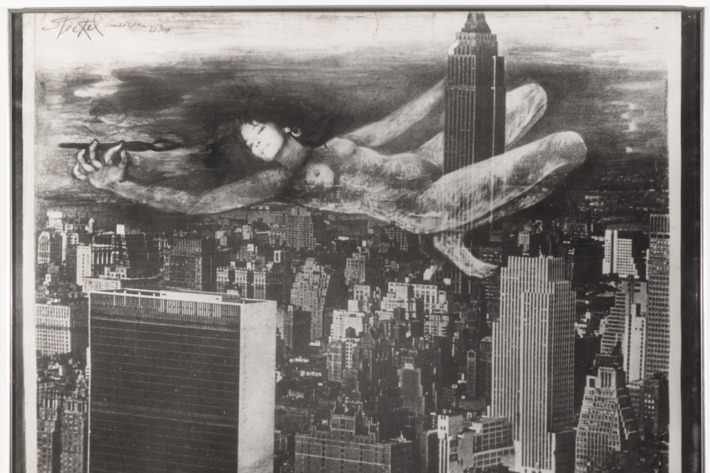 Just like the halo around the moon is not the moon, the spectre of the Spectacle is not the Spectacle. It is merely a simulacrum of it, a distillation of the pomp and ceremony that revolves around the Spectacle. Yet it is the closest we can get to the Spectacle itself. So we obsess about it. We flock to it. It is in our dreams, it affects our relationships, it unsettles our minds, it echoes in our thoughts. We run toward, into and around it. It is, quite simply, our becoming.

The thing itself – the Spectacle – the High Spectacle – is only truly known by its managers and the managed. But even this protective sentinel hovers in the space between the spectre of the Spectacle and the Spectacle itself, a space simultaneously marked by perpetual dissatisfaction and satisfying lust. The Spectacle itself can no longer be distinguished from anything at all. Not from the news, discussion, art, protest, charity, education, sex, the family, food, or the systems that support these institutions, unless the performers in its amphitheatre, which is each one of us, disembody it, but we are too vested.

Our power is therefore only a performative power. Like any all-consuming monster, the Spectacle prevents us from attaining the very thing we seek from it – answers. It is like watching a rescue ambulance crash into the car crash it came to rescue. We’re in a collective neurosis where all that matters is the Spectacle. Nobody cares about the casualties – the depth of the subject matter, elevation of the mind, liberation, complexity, clarity, the actual answer – what matters is simply how well the Spectacle mutates anxiety, confusion, frustration and trauma into entertainment and who hosts the show.

As it is a patriarchal entity, the Spectacle is built upon mechanisms of hubris, posturing, idolatry, individualism and aggrandisement. The more feminine art of dialogue, of listening to, reasoning with and tendering for, has no place in the Spectacle. All it proffers is platitudinal knowledge and sentimental outrage as a camouflage for dialectical, original thinking. The performance of judeo-christian politics has basically metastasised into the online entertainment industry by coding and convoluting entire political ideologies, moral systems and historical trajectories onto the bodies of celebrity and politicians, the only two increasingly indistinguishable personas that the masses engage with. Beyonce is good, Kanye is evil, Michelle Obama is good, Melania Trump is evil, or vice versa depending on whose living room the Spectacle is visiting. The language of the Spectacle is the meme, used to quickly mark a distinction between the good and evil, used to swiftly cancel and un-see any cultural wrong.

Nothing can be done about the Spectacle anymore, it’s too late now. And even less can be done to prevent the halo of its spectre from filling the hollow of every mind with illusions. The tyranny of the Spectacle remains elusively oppressive and slippery. It seems benevolent when it is at its most wicked, and it appears wicked when in fact – by cause of some rare self-inflicted gaffe – it does the one ethical thing it should; questions itself. The only way to disempower the Spectacle is to try to unravel and disentangle it, and to do that one must enter it, and once one enters it, one feeds it. The only modicum of relief to be found in stark, disillusioned reality.