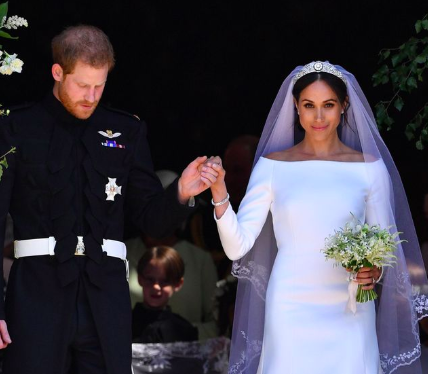 I wrote an OpEd about the Royal Wedding for the opinion section of SVT, Sweden’s national public TV broadcaster. You can read the original article here. Below is the translation.

Since Prince Harry and Meghan Markle announced their matrimony last year, the media has been fuelling the public sentiment that the marriage is controversial because of Markle’s African American heritage. For almost a year, we have been hearing about how the royal wedding is going to bring to the fore deeper topics to do with race, culture, society. And so on, and so on… Indeed, the British monarchy did not shy away from the topic. By contrast. They incorporated all the black culture they could; from Bishop Curry’s references to slavery followed by an all black gospel choir singing Stand By Me.

But hardly anything could be less controversial than this royal wedding. It has become a trend for institutions and corporations that are loosing relevance and/or funds to embrace black culture as a PR strategy. In the past year, Vogue recruited its first black editor-in-chief, Edward Enninful, and had the first black model on its cover in twelve years. GQ magazine recently featured Naomi Campbell and Skepta on their covers and earlier in the year and the UK Labour party employed a black trans woman Munroe Bergdorf to their LGBT advisory board, to give a few examples.

Yet the past year has also been the year that a major review by politician David Lammy found that black people in the UK are four times more likely to be in prison than any other race. It was the year that, as one Huffington Post writer put it, “Racism and classism killed the residents of Grenfell Tower”. And recently, in the “Windrush Scandal”, Brits of Caribbean heritage who have lived in the UK their whole lives were being denied services, losing their jobs and facing deportation.

Yet people are being manipulated into believing that Prince Harry and Meghan Markle marriage is controversial. Let me tell you what would be controversial: If the monarchy — if it must exist at all — actually acted as “a focus for national identity, unity and pride” as its mission statement says. It would be controversial if the monarchy had an impact on creating a Britain where people of African heritage were not subject to discrimination in the social, political, economic and judicial systems where equality truly is key.

My point is not that there isn’t a symbolic value to African heritage in the royal family or that Prince Harry’s marriage to Meghan Markle is some kind of timely arrangement. The integration of black people and the elimination of racial prejudice in established British institutions is overdue and positive. But a few token black people in positions of influence is nothing new; it is a common decoy from what indeed are deeper political issues that have to do with race.

To solve those, we will need to look beyond this morning’s spectacle toward real platforms of dialogue. We will need to resist the temptation of living in a feel-good fantasy about racial equality and vigilantly, conscientiously and critically transform reality instead.