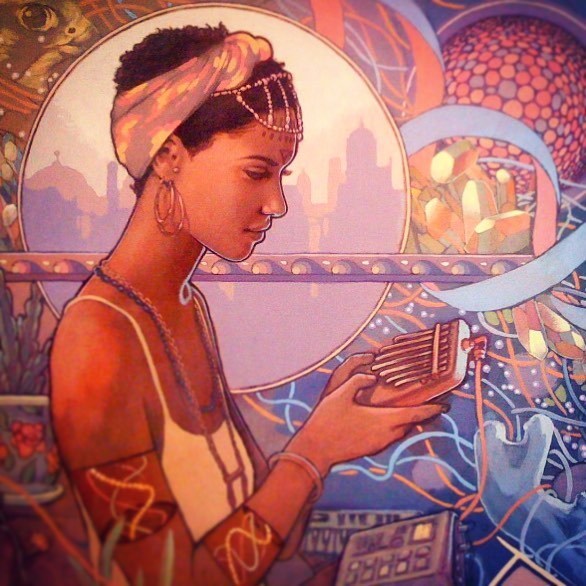 Considering how likely it is that owning a sex robot will be increasingly commonplace within the next ten to twenty years, I’m concerned that there is so little critical reflection on what male sex robots might mean for women. Almost all the news and commentary is about female sex robots, and how they’ll apparently make real women obsolete; how they’ll replace human relationships within 30 years; how men won’t be able to tell the difference between sex robots and women and so on, and so on, and so on,……. Feminists have also, unfortunately, focused predominantly on men’s relationship with female sex robots, and how they encourage men to objectify women, rape them and replicate the john-prostitute exchange.

These fears are warranted, and concerning. But I am weary of constantly focusing on men’s behaviour in feminist discussions. We ought to be encouraging men to deal with curing their own sexism, while focusing on the empowerment of women so that women won’t put up with it. Yes, the male discourse on sex robots is extremely sexist. Furthermore, since the number of women in artificial intelligence is disturbingly low, as is the number of non-whites; or people from working class backgrounds, the sex robots industry is not only sexist, it is basically an electronic simulacrum of the fantasies of elite, white, American males.

In the future, that gratifying “someone” might be non-human (for some it is already the case). But even if the thought of inter-species relationships produces a creepy uncanny valley sentiment, it is not as shocking as the scaremongering suggests. As hooks’s statement implies, the inclination many men have to confuse love and sexual attraction is not new. The introduction of sex robots simply means that the object of many men’s confused projections may become robots instead of women. That is not a loss to mourn!

Jest aside, insofar that a machine can have a gender, and, insofar that the majority of female sex robots are designed in sexist and misogynist ways, I definitely agree that the existing critiques of these patterns are important. Yet, while much is said about that, very little public discourse sets about answering the question that is of most urgent interest to women; namely: ‘What impact will male sex robots have on WOMEN’S lives?’

After all, such a question, which encourages us to think of women as key stakeholders rather than mere victims of the inevitable development of sexual robotics, is a question that potentially disrupts the present masculinist approach to the field. The salient absence of this question in public discourse speaks volumes about how artificial intelligence, possibly the most important technology of the future (together with bio- & nanotechnology), is set to be sexist and also racially prejudiced from its earliest stages.

Unless we heckle, that is. And to do that we must think more about the impact that sex robots will have on women’s lives and less about what men will do with sex robots. Before addressing the question of how male sex robots may affect women, it is important to mention that although I am speaking about male sex robots, similar arguments could be applied to female sex robots for lesbians. It is also important to mention that studies show that women are less likely to be interested in sex robots than men. In a YouGov survey, 24% of men said they would consider having sex with a robot while only 9% of women would consider sex with a robot. Still, the fact that one in ten women responded positively, (a number only likely to increase once sex robots become increasingly available) proves the need to ask the question.

I am going to answer the question by suggesting seven ways that I think sex robots could have positive benefits for women.

Consider firstly a group of women wanting to cohabit and create an alternative type of family without men. If there are women who are attracted to men sexually, they could meet their sexual needs with male sex robots.

Secondly, male sex robots could enable women to explore their sexualities away from the limiting sexual roles that patriarchal settings grant them. Patriarchal norms still condition women as submissive, however, having sex with a robot puts you in control, literally. There is an episode of Slutever (scroll down to watch), where the host, Karley Sciortino, has the first female experience of a male sex robot. In the episode, we follow her to the factory where her sexbot is being built, and eventually watch her having sex with him during which she gasps, “It feels absolutely indistinguishable to a real person”. One can almost touch the speed at which myths about female sexuality are dispelled through Sciortino’s experience.

Thirdly, it is easy to imagine that as the technology develops, robots will cater to female anatomy in similar ways that vibrators already do and that men, bless them, mostly don’t. Fourthly, and relatedly, all of this provides a great basis for research, and there is still so much scientists don’t know about women’s sexualities.

Another point worth considering when it comes to male sex robots is safety. Due to rape culture and violence against women, many heterosexual women simply do not feel safe to experiment sexually even if they otherwise may like to. Male sex robots could provide a safe alternative to men for sexual exploration.

Now, considering all this, the last and most significant positive impact that sex robots could have is that they could help us become enlightened. What would be truly groundbreaking were if feminists used the advent of sex robots to inspire us all, women and men, to disentangle love from consumerism and shallowness. Sex robots could help us realise that humanness is something quite worth connecting about. They might remind us that humanness is something that a machine will never have no matter how convincingly Hollywood and Silicon Valley together package it. What makes human beings loveable is their combination of predictability and unpredictability. Take for example, when your sister who otherwise is tough as leather, tenderly expresses an insecurity; or when your wife who is obsessed with her work suddenly takes a weekend off to spend it with you; or when your designer-label obsessed friend decides to volunteer at a homeless charity, such unpredictable elements in people’s otherwise predictable characters is what makes them unique, and what makes someone unique is what makes them loveable to another.

The truth is, no matter how sentient the combination of sensors and artificial intelligence makes a robot, I bet you that no-one will ever be enamoured with their potential unpredictability. So if sex robots are to co-exist with us usefully, it will be because they remind us that the human essence is something worth changing the status quo for. One promising example of such a prospect is robot Sophia, who is not a sex robot but, in my view, a fascinating piece of art. I’m obsessed with watching robot Sophia, who has many interviews online, but in the chance you’re not as much of a geek as I am, here’s one clip where she freaks Piers Morgan out, an accomplishment which in itself makes her a useful tool for humanity. Mind you, robot Sophia is also a typical representation of an elite, white, male fantasy of what a woman should be, both behaviourally and aesthetically, so I do not mention her uncritically. However, what is interesting about her is that her programming clearly focuses on the positive qualities of emotional intelligence. Also interesting to mention is that her manufacturer, David Hanson, has created a black female robot, Bina48…..who hasn’t been on “the circuit” as much, and who makes me feel melancholic for some reason…. watch this and make up your own mind.

In 320 BC, Aristotle said that, ”If every tool, when ordered, or even of its own accord, could do the work that befits it… then there would be no need either of apprentices for the master workers or of slaves for the lords.” Aristotle was foreseeing the invention of robots, but it would take two millennia before in 1923 Karel Capek coined the term “robot” meaning “forced labour” in Old Czech.

I wonder what Aristotle, who pondered deeply about different types of love such as agape, philia and eros, would make of sex robots and the suggestion that they may become a source of love. It might be a tragic surprise for the father of western philosophy, to discover that our inability to build societies where agape, philia and eros flourish, we ultimately looked to computerised systems for our most human need.

Only a critically collaborative feminist engagement in the development of sex robots could alter this course of history.

Image is By Joshua Mays