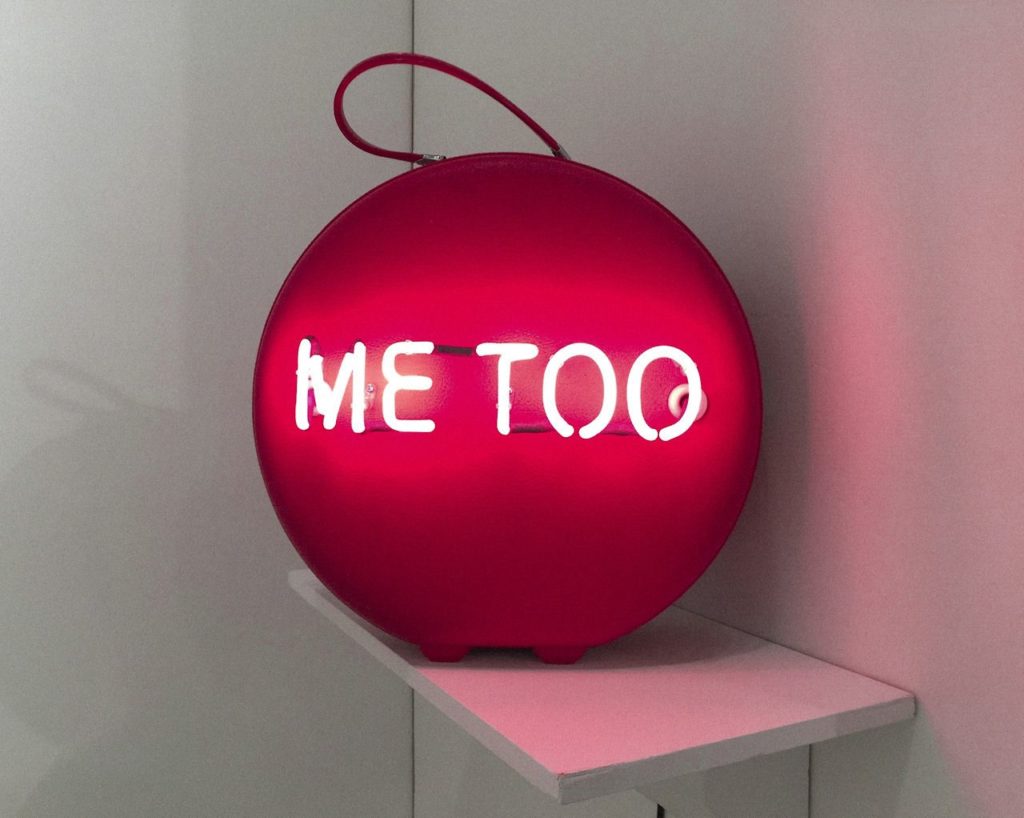 The past few months have revealed what feminists have always known and fought against, namely that the extent of men’s sexual assault of women is staggering. And this is considering that most sexual assault is still not reported.

In terms of reporting assault, things are rapidly changing, however. Partly thanks to #MeToo, some places have seen a “record increase” in reporting sexual crime. Not only are increasing numbers of women reporting sexual assault, they are publicly naming their assaulters. The general mood among women around the world is that we’ve had enough. While it is not the first time global feminism is experiencing a peak moment, the “Me Too” moment has brought with it a refreshing determination to dismantle patriarchy. I’m not at all surprised that the popular hashtag to have followed #metoo is #timesup.

Yet the loudest voices shaping “Me Too” are still predominantly elite white-American women, and to an extent Western European women. This will limit its success. The war on women is global, and the war against patriarchy too should be global.

The above is the title of a new *free* book available here. It is fantastic. It captivatingly portrays a multiplicity of voices of women involved in Me Too. In fact, the essays in the book make so many crucial connections; between race and sexual harassment; between labour, class and harassment; between history and modernity – weaving together events that have led to this monumental but challenging pinnacle of a feminist moment we’re in. This is a really important document of our times. I hope there will be many more like this, connecting the moment from a global perspective too.

The message in the title is fitting, where freedom starts…sex, power, violence.. One of the especially powerful things about present conversations is that they’re changing power structures in our intimate spaces. It’s one (important) thing to change policy and law, but it’s another (more sensitive, challenging) thing to change social relations. Since Tarana Burke’s Me Too campaign was popularised by Alyssa Milano, however, our social relations are definitely changing. In the past months, I’ve noticed that I’m now having conversations that I normally only have with other feminists, with every Tom, Dick and Harry!

I’ve been in Nigeria most of the time since the discussions erupted, and like so many discussions in Africa – I find it’s either far more progressive than in the West, or far more regressive. So on one hand, I find Lagosian feminist women and men to be generally less polite about their feminism. On the other hand, the fear of loosing the tremendous amount of privileges Nigerian men have in contrast to their female counterparts is almost palpable among men especially, who counter their fright with claims that feminists harbour irrational vitriol towards all men.

WORD OF ADVICE: Whenever men start throwing around accusations of man-hating feminism into a discussion, they are scared to their drawers that you, Fearless Feminist Warrior, might say something that will close down the debate. It is the simplest tactic. You bet it will be followed by the predictable assertion that oppressive gender roles are not about sexism but about biology. You know, sort of like the time Trump said the issue of kneeling has nothing to do with race but about the country and the flag.

Speaking of documenting women’s narratives, as a Black feminist writer with dissenting views on patriarchy, imperialism and capitalism, I have never been comfortable with my ideas existing in social media or other media outlets alone. One of many reasons that I’ve kept this blog going for almost a decade is so that I, at least to some measure, own the public archive of my writing and can easily access it.

I’m therefore reposting a Facebook/Instagram post concerning #MeToo in Nigeria and my own personal experience. I want to “park” the post here in my archive.

Of many reasons #metoo hasn’t kicked off in Nigeria, a key one is that no one would listen unless the women speaking up are celebrities or elite women, and they on the other hand have too many men in their intimate circles (family or business ties) who are guilty of sexually violating women. A case in point was when a brave woman known as Sugabelly named her rapist, Mustapha Audu, in a 2015 blogpost and was consequently verbally butchered by scores of misogynist Nigerian commentators, female and male. Sugabelly was ahead of her time, and I often wonder if the barrage of abuse directed at her would be less assassinative now under the umbrella of #metoo. Similarly, when I wrote about being raped in a 2013 blogpost, it was telling (and heartbreaking) that I for weeks received messages from countless Nigerian (and African) women who shared their rape stories with me. So, I wonder, why are no Nigerian women speaking up even now that the #metoo conversation is popularised via the global narrative? To be clear, I’m not advocating that any woman should put herself out there for #metoo, however influential and radical a moment the hashtag has birthed. It’s not an easy thing to do at all! Even in my case, although I have no regrets about sharing my story, I suffered consequences that I wouldn’t wish on anyone and I didn’t even name my rapists (because I don’t know their names). But I’m nevertheless interested in the cultural factors that make women keep firmly silent about sexual violations in a country where sexual violation is commonplace. There is something hauntingly loud about this silence, it’s like a tinnitus. Has anyone any thoughts on why it may be?