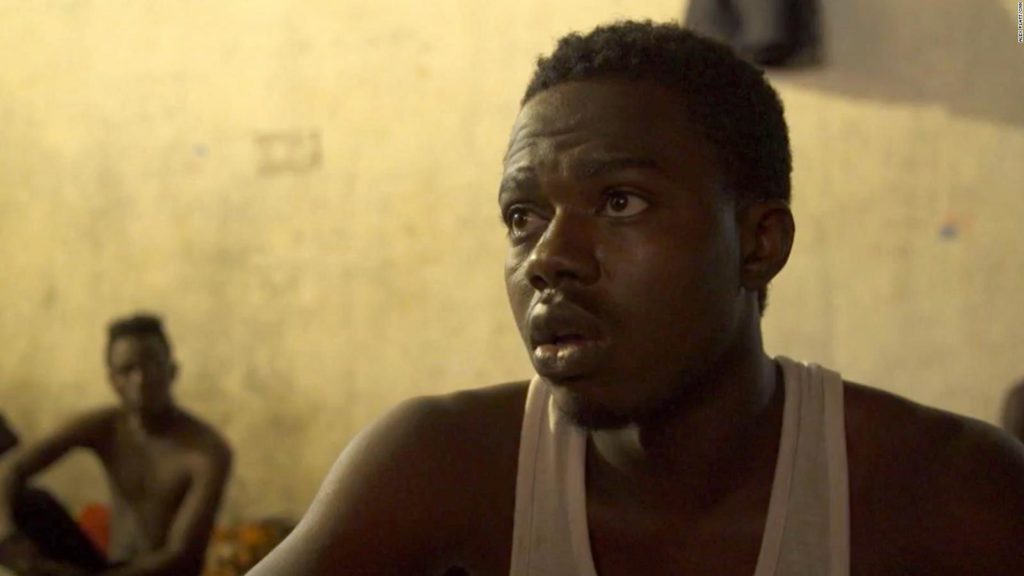 Last week a  CNN report containing footage of African migrants being sold in human auctions in Libya was published. In the footage, we see young men being sold to buyers for about at $400 to undisclosed buyers. Here are the videos:

I have been terribly busy and unable to blog in a few weeks but I could not be silent about this. It is the most terrible thing to watch especially seeing my fellow countrymen, people whose presence feels so familiar to me, being treated this inhumanely. It is unbearable.

There have been protests in Paris and overdue discussions about racism in the Arab world, and Libya has allegedly opened an investigation about the footage. The African Union has issued a statement and it chairman, President Alpha Conde of Guinea, demanded prosecutions and said, “These modern slavery practices must end and the African Union will use all the tools at its disposal”.

But I want to point out, as others have, first of all that Black African leaders bear a pressing responsibility to take immediate steps to protect their citizens in all parts of the world.

Secondly, and what is not being discussed especially in mainstream media, and something which is terribly important to emphasise, is that slavery in Libya is only possible because of the capitalist, patriarchal and imperialist system that rules the world.

It is what I call PIE – Patriarchal Imperialist Expansion, which is the system that is destroying the planet and causing atrocities as those above.  PIE is a system led by elite, usually white and male groups, who for centuries have subjected women, nonwhites, indigenous and poor people to various kinds of assaults from colonialism to unfair trade agreements to religious change in order to control the largest possible share of the globe.

Needless to say, PIE is also a system where elite countries invade countries like Libya in the first place, pushing the country into war and anomie that is wreaking havoc in myriad ways.

Please excuse the hastiness of this post, but it is an intervention to call for a focus not only on Libya, racism in the Arab world etc. but also the larger structure that forces so many people to migrate in the first place.

African countries need to strategise on how to escape the damning loop that keeps us bound to this exploitative system, and Europe needs to end its patriarchal and imperialist invasions and open its borders to those who suffered the most from this greedy inhumanity.