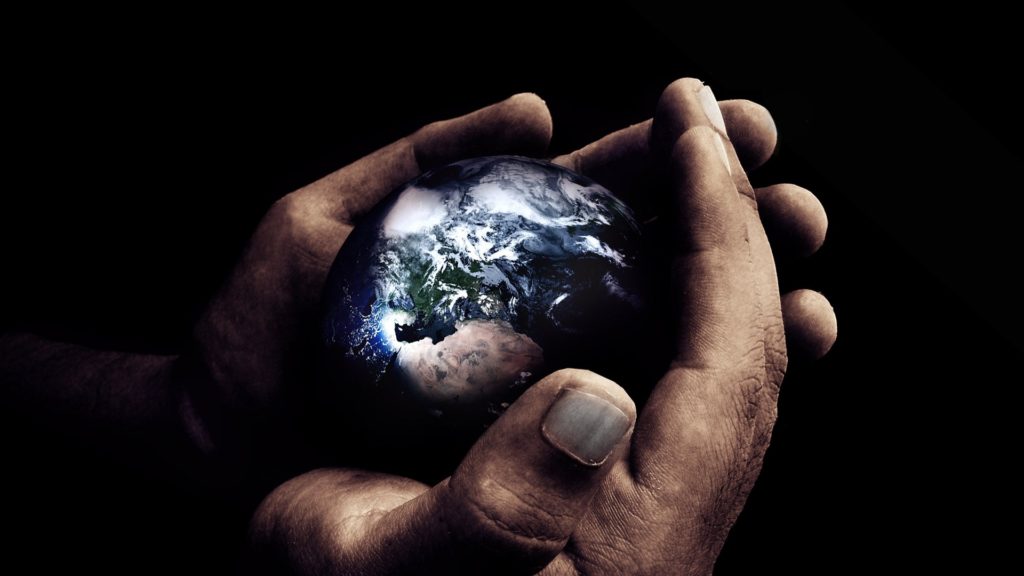 Globalisation is an especially hot topic at the moment. After the election of Donald Trump, Brexit, and the rise of ultra-right parties in Europe, it is particularly popular to speak of globalisation’s demise. For example, the Financial Times recently published an article titled “Globalisation in retreat”, the Guardian published “Globalisation: the rise and fall of an idea that swept the world” and the August issue of Harvard Business Review headlined with “The Truth About Globalisation”. In the academic world, Times Higher Education ran an article about how academic institutions “failed to notice that there were many losers of globalisation.”

But what these articles are referring to as globalisation is rather what, for the sake of clarity, I would call Patriarchal Imperialist Expansion, or PIE, an idea that I first spoke about at Fuchsbau Festival in Germany in August.

Basically, what is traditionally referred to as globalisation – “the free movement of trade, capital, people and information” as the HBR article puts it –, is in fact merely a continuation of a system led by elite, usually white and male groups, who for centuries have subjected women, nonwhites, indigenous and poor people to various kinds of assaults from colonialism to unfair trade agreements to religious change in order to control the largest possible share of the globe.

To give more examples, Coca Cola advocating empowerment in the developing world while simultaneously sourcing goods that are harvested by African migrants in terrible conditions is not globalisation, it is patriarchal imperialist expansion. When agricultural subsidies in Europe prevent farmers in Africa or Asia from making a profit from their produce, that is not globalisation but patriarchal imperialist expansion. When borders are closed to refugees, but the countries from which people flee are being sold arms, when democracy is curtailed, when the dignity of the poor is ignored, when anti-terrorism is used to exploit, when Donald Trump threatens nuclear war, these are not examples of globalisation but of protecting the sovereignty of powerful and dominant nations through, yes you guessed it, patriarchal imperialist expansion – PIE.

Why do I refer to the expansion as patriarchal and imperialist?

It is patriarchal because the expansion of particular interests which benefit specific groups within nations is at its core tied to a kind of tribalistic notion of the “family unit” and control of the family unit requires the control of women because women are the producers of life. If women were to gain equality within this system it is unlikely that it would survive. PIE therefore affects women differently than men; it causes an increased feminization of poverty and domestic labour, increased prostitution, sex slavery and sex trafficking, and increased violence toward women by men.

The expansion is imperialist for the same and similar reasons. To secure the confiscation of natural resources that should belong either to the commons and to indigenous people, PIE has developed a variety of strategies including racial fantasies about white supremacy to what Teju Cole called the white saviour industrial complex which addressed the colonial residue in the NGO and aid industry.

In other words, it has never been about globalisation.

At least not about the image that globalisation conjures in the mind, of an interdependent co-existence despite differences. By contrast, such a globalisation would involve groups of people challenging PIE by enabling processes of networking across regions and continents, such as when feminists create global networks to enable women to fight oppression cross-culturally or when platforms such as Farm Hack create a worldwide community of farmers that can share knowledge and tools.

It is crucial that we distinguish between globalisation and PIE, because despite the alarmist reports, PIE is by no means retreating. The UK is pumping up its commonwealth influence as its EU influence diminishes, the EU has positioned itself as a “peaceful” entity despite its treatment of refugees, the US is looking to secure its empire through protectionism in a world where power is shifting from the west to the BRICS and China particularly, and so on. The PIE might be burning on the edges, but everybody still wants a slice of it.

That said, nor is our interdependence retreating. Thanks in particular to technology, we will only become increasingly bound together. Those of us who value a world where we can co-exist despite our differences should therefore start to guard the idea of globalisation more so that we can influence it. Because there is no chance we’ll escape the world becoming smaller no matter how isolationist politicians become. The energetic forces of the universe will continue to bring us closer and closer despite resistance. Globalisation will continue and it’s best those with progressive ideas start shaping it.

Instead, many of us have mixed feelings toward globalisation. We critique it on the one hand, while embracing it with the other. We oppose a world system which allows 1% of its population to own more than 50% of the world’s resources, and where the 85 richest people have as much money as the 3.5 billion poorest. And yet we simultaneously embrace a world where we can share and access information for example on social media platforms such as Facebook, which is owned and controlled by one of the aforementioned 85 people. As Calestous Juma tweeted:

& yet we love our iPhones. There are no easy answers to these conundrums, but one thing is certain: the clearer an understanding of the language we use, the clearer a formulation of a guiding ethics.