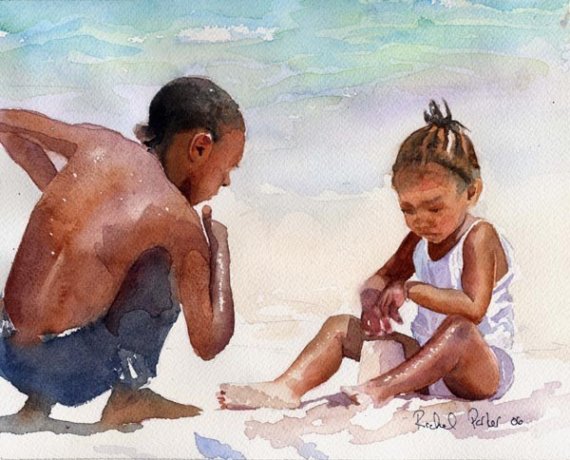 I am sitting on his couch surrounded by books. There are books everywhere in his house; under the tables, by the coat rack, all over the stair case, on the window panes not to mention the walls of bookshelves. If there are two things I love, it is men and books and here I am basking in the divine combination of both. He is as romantic as I am. As independent as I am. As vulnerable as I am. We spend our days talking about philosophy, poetry, African gods and debating gender politics. I feel like the pan-African Simone de Beauvoir and he is my equivalent Jean-Paul Sartre. At daytime, while I work, he cooks and feeds both my mind and my stomach with delicious food. While he works at night, I go to bed but I don’t fall asleep until his body is next to mine, heavy and warm.

We argue a lot and break each others’ hearts. He never believed that I loved him. I come to learn that many men don’t believe that women truly love them. And maybe they’re right. Women love “Love” more than anything. The patriarchal system’s conditioning is such. But I did love him. I loved him the way one loves the ocean, automatically and playfully until its waves crash on your skin. So anyway, I remember sitting on his couch thinking that I love him so much that should he leave me – I will never find someone with whom I feel as complete again.

I was wrong. I would find again. I would feel complete again. I would question my choices again. But most importantly, I would learn that what I thought was a man completing me, was mostly me conspiring against myself; thinking I needed male validation. The completion I perceived in men was actually the wholeness I wanted in myself. I was attracted to the things that I missed in myself, confidence, freedom, entitlement. I did not only want to be close to my lovers, I wanted to be them.

Then I realised that while men are conditioned to be entitled, they are also conditioned to be dishonest to both themselves and others. I’m not saying that all men are dishonest, and certainly not that they are dishonest by default, but it is rare for men to have integrity because they are taught from an early age that it’s masculine to manipulate their own and others’ emotions. With that realisation, I gradually and effortlessly started to feel as entitled as any man. I have become patriarchal society’s nemesis – a woman who feels as entitled as a man but who is honest in the way only a woman can be.

A couple of years ago, I started an ongoing Twitter thread that I refer to as the “Woman-series”. The tweets, and the title of this blog, are inspired by a song called “Woman” by Susheela Raman. In the song, Raman sings, “Woman, […] The roles you learned to play / Conspire against you / And hold you down / Why don’t you fight?”. The tweets in the thread – in fact all of my work – is so much characterised in that one line. I strive to be of service in a way that inspires women to resist the limiting roles that conspire against them.

Life is a gift and a temporary one at that. If there is one way of saying thank you to life, it is to ask – Am I conspiring against myself? (Am I being unappreciative of the gift that life is?) To answer this question, you will need to develop a meditative state of mind. If not through actual meditation, which I would encourage, then through walks in nature, dance, swimming, anything that calms your mind so that your subconscious can speak to you. Then mull over questions such as: Am I doing work that fulfils me? Am I growing in my relationships? Do my friends inspire and encourage me? Do my actions match my words? Am I eating well and looking after my health? Do I live where I want to? Are my thoughts self destructive? Do I maybe prefer women to men? Am I enjoying sex or am I too busy performing to truly enjoy it? Am. I. Conspiring. Against. Myself?

Women of African heritage should especially try to engage in such practice because the world is already conspiring against us in so many intersectional and interconnected ways that the last thing we should be doing is conspiring against ourselves too. But please approach it gently, with tenderness toward yourself, you are getting to know yourself, not judging yourself . I’m reminded of an East African saying I came across, “A butterfly who brushes against thorns will tear its wings”.

I’m still no role model for relationships, for the record. I am too romantic. Too naive. Too doting. But I’m also too detached. “My heart has grown rich with the passing of years […], it is one to me they come and go” as Sara Teasdale writes in a poem on solitude. Last but not least, I am too uncompromisingly feminist. I don’t accommodate any kind of sexism-lite or Diet Sexism in my love life. As I wrote in my piece on conscientious feminism, “I will live but that is all I will do for patriarchy”.

Imagine, if you will, a little girl playing in a sandbox. She is building castles and burying her feet in the sand when a little boy appears at the playground. Imagine her joy. She was having fun alone but, oh look, here is this little boy to play with! If I’ve decided that I have time and energy for a relationship, then I am like that. I welcome my “playbuddy” with joy and rapture. But if he dismantles my castle, tries to take control of the sandbox and starts sandsplaining how I built it the wrong way to start with. Then I am happy to let go.

My sandbox is no ordinary sandbox, you see. It is the small but significant plot of land that I received as a gift from wherever the essence of life is made. The grains are made of gold and the stones of amber. Outside of my sandbox, do what you like, but in here I only want good energy.

I’m sharing all this to say, perhaps clumsily, try not to harden to life, see its magic, but seek a solid and firm place from where, whenever it is within your control, you do not give anyone or anything permission to conspire against you and tear down your castles. Especially not you yourself.