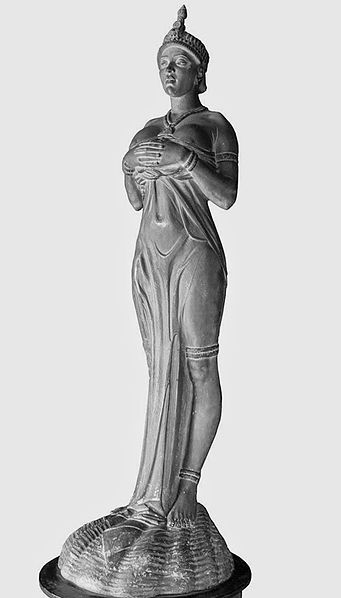 In my most recent column at the Nigeria Guardian, I argue that gender inequality is a predictable result when a society disengages from philosophical reflection. You can read it here or below.

In ancient times, Nigerian women had access to spiritual and political power, and women and men were historically seen as equal in many parts of the nation. But that was in the past. Today, Nigeria is a country which discriminates against its female population in ways that few countries around the world rival. The discrimination may shape-shift depending on ethnicity, region and class, but all women in the country are discriminated against simply by virtue of being women.

It is a contradictory situation if ever there were one. On the one hand, we love talking about strong, matriarchal figures either in our cultural history or in our families. Most Nigerians would testify that they grew up around strong women; their grandmothers, mothers, sisters, aunties, teachers and so on. We are certainly a nation that is interested in womanhood.

From a former president, Obasanjo’s, book on “virtuous” women to D’banj’s “Oliver Twist” to Aisha Buhari’s forthrightness, Nigerians – men and women – absolutely love gossiping and debating the ins and outs of female behaviour. At the same time, there are a multitude of disadvantageous laws directed at women, violence against women is common and sexist public opinion rife. We are a nation where women are second class citizens.

Generally, sexism is blamed for the way women are treated, sexism being the belief that men are superior to women. However, sexism is itself part of an even more towering problem, namely the failure to engage with philosophical matters. I do not mean philosophy in the academic sense alone, rather what we are disengaged from is philosophy in its truest meaning, the love of wisdom.

As it is, ideas about ethical questions to do with freedom, justice and equality are either non-existent or arrived at randomly. Could you tell me what the Nigerian values on freedom, or justice are? Exactly. When we don’t encourage a philosophic discussion about who we are as a nation, why we are who we are, and most importantly, who we want to be, then all we ever do is react. Whether it is to imperialist, militarist or capitalist influences, we need to stop merely reacting and think more deeply about what is best for all citizens of the country.

Societies which are good and just have a sense of shared values. No society can progress if its people are not grappling with topics such as self-knowledge, logic, consciousness, humanism, justice and freedom to name a few. The wiser a society becomes, the clearer it becomes that there is no such thing as a female or male brain, we are socially conditioned to behave in gendered ways. What is biologically different about women and men is our reproductive organs, but to identify with the reproductive organs alone is elemental.

Without inquiry and profound reflection, the Nigerian woman has come to be perceived as a sexual object and/or a maternal object. She is rarely thought of as an individual with an independent will and mind. She is judged either by her desirability or her motherly presence and is to robotically respond to patriarchal demands. Sure, this is not Saudi Arabia. Women dress as they like at least in most parts of the country. They drive, work, socialise and, raise children as they see fit but the Nigerian woman is not free because she is not treated as an equal. Freedom means more than deciding what is right or wrong. When we talk about freedom, we are discussing how we want to live, and what type of virtues we deem worthy in our society.

Philosophical reflection is therefore necessary not only for the sake of women’s development, but for all our progress. After all, how can a nation develop if only one half of it is acknowledged. It is like a bodybuilder training only one side of their body. Of course, they will not be able to lift the heavy weights unless they strengthen both sides.

But, in a country where large numbers are uneducated, how do we encourage philosophical reflection? First of all, let’s be clear that some of the world’s best thinkers come from tough backgrounds. Yet that said, introspection does undeniably tend to be a privilege of those who have enough food on their plates. That is precisely why those of us women and men who are concerned about gender inequality need to centre our struggle on the fight for freedom. The first step to freedom is the realisation that you are not free. As we probe into these mutually elevating discussions, there will be an understanding that gender inequality and elevated social consciousness go hand in hand.

Image is of Yemoja by Abayomi Barber