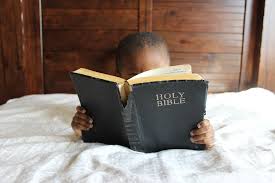 Let’s start with the bad news. A ground-breaking survey led by The Initiative for Equal Rights has found that support for the Same Sex Marriage Prohibition Act (SSMPA) remains at 90%. Sad to say, this means that only 10% of Nigerian civil society opposes what is a profoundly dehumanising policy. Additionally, the survey has found that only 39% of Nigerians agree that “homosexuals should have equal access to healthcare, housing and other public goods.” These are sobering numbers.

The good news, then, is that it is a 9% increase from a 2015 poll when only 30% of respondents thought that “homosexuals should have equal access to healthcare, housing and other public goods.” For a country of Nigeria’s population, 9% reflects millions. Another small consolation is that 70% of respondents do not believe that LGBTQI people should face fourteen years imprisonment for their sexuality as stipulated by the SSMPA. Thank god for small things oh!

The results of the survey make me wonder why in heaven’s name we are so quick to embrace everything destructive as part of our culture and even quicker to throw away progressive ideas as not being our culture.

Think about it. Anything that causes violence, division and destruction, whether it’s homophobia, sexism, animal abuse, environmental degradation etc., we adopt as our culture. We are quick to say that God created Adam and Eve, not Adam and Steve. We eagerly point out that women in Africa are traditionally submissive to men. We proudly pontificate about being carnivorous without also thinking critically about animal rights. We mock environmental campaigners for not doing serious work like accounting, banking etc. And how much indigenous knowledge have we lost because we think our own religions are evil? Instead, we have adopted organised religion, which let’s face it is the number one cause of conflict in the world. Where the rest of the world is becoming more secular, we are defiantly becoming increasingly pious.

The list goes on – sexual objectification of women in pop culture, Victorian ideas about marriage, fast food, you name it, if it is destructive, we gladly adopt it as African.

But lo and behold anything progressive such as gay rights, feminism, exploration of evolutionary science, the humanism of African religion, investment in renewable energy etc., these things are condemned in public discourse with the aid of legislation, law enforcement, media, religious institutions and cultural norms.

It would be utterly wrong to suggest that large parts of civil society aren’t progressive. Nigeria is a country full of courageous souls, who know how difficult it is to think differently in a homogenous society. And try as it may, regressive public discourse cannot eradicate a humanist sensibility that lies at the core of African philosophical values and ethics.

Indeed, one of the greatest ironies – as well as tragedies – of our times is that the same forces that have stolen so much of our history continues to steal our future too. That only 39% of Nigerians – a people who have suffered great loss from external prejudice – believe that gay people should have the same rights as others is a powerful testament that we live in deeply surreal times.

The article was previously published in my column at The Guardian Nigeria.