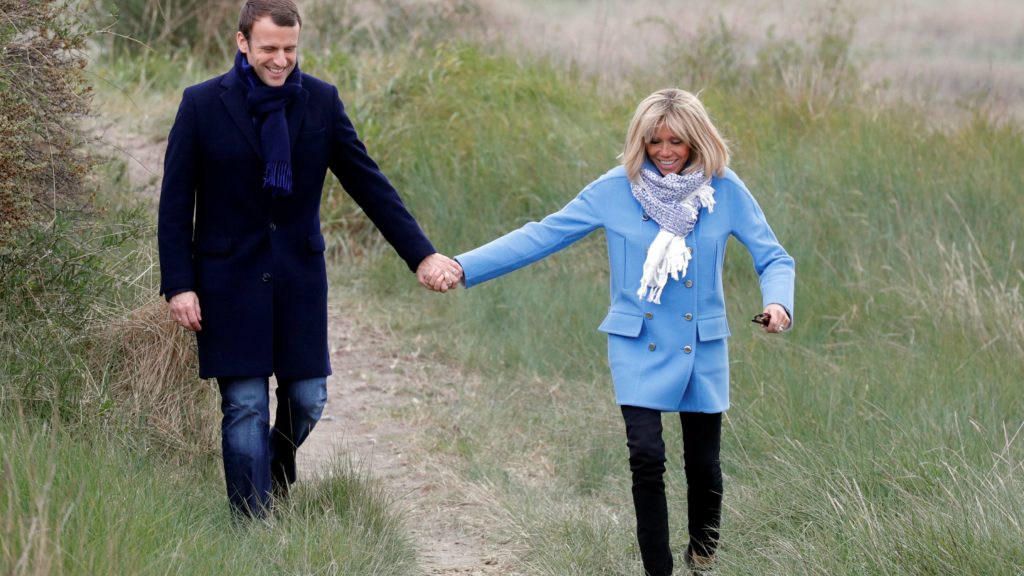 That the newly elected French president, Emmanuel Macron’s wife, Brigitte Trogneux, is twenty-five years older than him is symbolically significant for feminism and women’s empowerment.

After all, one of the most sexist and ageist social norms is that, when it comes to heterosexual relationships, men must be older and women younger. If you consider some of the reasons why this structure of romantic relationships has been propagated for centuries, you will realise that it cannot be separated from male dominance. These are some of the things that the older person in a pair generally has more of

It goes without saying that the person with more of the above will find it easier to dominate the other. They can more easily demand that their partner stays at home while they pursue their career, that their partner does more domestic work, or that they go out of their sexual comfort zone to please them etc.

And yes, it is true that the older person in a relationship also has more grey hair and wrinkles, and that’s precisely the point. A key USP of the global advertising campaign for male dominance is the idea that after a certain age, women can no longer participate in dating life, arguably one of the most exciting and empowering parts of life.

Those who back the ad campaign for male dominance will be quick to tell you that there are scientific reasons to why the social norm is older men and younger women, – it has to do with our animal ancestry, attraction, mating, bla bla bla. But while science is the most important field of study when it comes to our understanding of human nature, science is also, unforgettably, a known accomplice of oppression. Just think eugenics and female hysteria theories.

Of course, few things are as becoming as female youth. That is, apart from, well, male youth. Both the male and the female of the human species are undeniably alluring in their supple, virile, glowing youth. An older man is unlikely to have, say, Anthony Joshua’s bright smile, muscular body and thick hair. However, what makes a person attractive is far more than their looks, which is why women have relationships with older men regardless of their ageing. And try as it may, patriarchal propaganda has never been able to stop younger men too from having relationships with older women. From Catherine the Great, Khadijah (wife of the prophet Mohammed), Audrey Hepburn, Anaïs Nin, Tina Turner, J Lo and now to Brigitte Trogneux, older women and younger men is not a new phenomenon, it is a hidden one.

Whenever the culture does expose the relationships between older women and younger women, it tries to squeeze it into a stereotype box of “cougars” who use their money to “buy” young male virility. Or that men who have relationships with older women have mummy issues. Don’t get me wrong, just like traditional relationships can be about sex and money rather than love and intimacy, so too can those in which the age gap is reversed. But they can also be committed, loving and supportive relationships. And this is what makes the advent of a public marriage such as Trogneux’s and Macron’s symbolically powerful; it exposes yet another lie of the male dominance ad campaign.