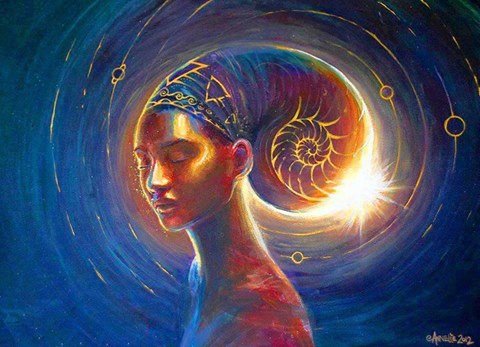 “Who is the empowered woman, and what’s your opinion on the use of the word ’empowered’ as a marketing tool?”

In a recent interview with She Leads Africa, I was asked the above question and it made me reflect further on a theme that has always been important in my writing. Empowerment was also the topic in my latest column in The Guardian Nigeria, there titled “Seven psychological traits empowered women have” and reposted below.

Of course, it is important to empower women economically, but there is an equal, if not more pressing need to discuss women’s psychological empowerment because without it, other forms of empowerment cannot be enjoyed anyway. This becomes especially clear when we look at the western world, where women have comparatively achieved economic empowerment, but still feel disempowered in significant areas of their lives.

In that vein, I thought I would list seven psychological traits that empowered women have. In a patriarchal society like ours, some can be especially difficult to achieve but these types of traits (as the list could go on) bring great worth and purpose a woman’s life.

1. An empowered woman’s biggest asset is not a pretty smile, her cooking skills, the ring on her finger, her wardrobe or how many likes she has on social media. An empowered woman’s best asset is her mind. It does not necessarily matter what type of things intrigue her, whether it’s art, science, sports, farming or setting the Guinness record in underwater dancing, but an empowered woman invests in insights and experiences that expand her mind and bring self-knowledge because she knows that the surest way to oppress a woman is to control her mind.

2. An empowered woman has a loving relationship with her body because she knows that her body is her vessel. She embraces her body no matter what shape it is. She is especially grateful if she is blessed with good health. She honours her body because without it she would not be able to perform tasks that are of meaning to her. She feeds it with the most delicious, nutritious and healthy food that she is able to and she does some form of exercise, so that her body can sustain her number one asset, which is her mind.

3. An empowered woman knows that when it comes to her sexuality, it is not within the remit of her parents, her husband, her priest, her imam or her friends to dictate what she should or shouldn’t like. How, where, when, why and with who she has sex with reflects her informed choice and her consensual preferences.

4. An empowered woman does not simplify what is complicated, or complicate what is simple, to paraphrase Arundhati Roy. She knows that things can be seen from many angles and that everything has an opposite. There is a light and a dark, a feminine and a masculine, and a positive and a negative side to everything. She can therefore also embrace her own dualities. She can be strong “and” vulnerable. She can be gentle “and” harsh. She can be defensive “and” trusting. She does not have to explain herself to anyone. However, she strives for equilibrium, and over time she decreasingly sways exaggeratedly from one personality trait to another.

5. An empowered woman loves herself deeply. The same way that she is able to love someone else and admire their character, she is also able to love her own character; not with an inflated ego, but with the same illuminating admiration, excitement and tenderness.

6. An empowered woman is disobedient. In a society where patriarchal oppression is the norm, it is pretty much impossible for a woman to play by the rules and be empowered. To live with integrity, an empowered woman will inevitably challenge traditions around her and consequently be considered troublesome. I’m not saying that you should be disrespectful, violent or anything like that. However, you should – graciously but determinedly – refuse to behave in ways that grate against your own wishes in order to please others.

7. An empowered woman has goals to which she remains unflinchingly committed. However, she does not put all her eggs in one basket. There is no such thing as a dead-end in the empowered woman’s vocabulary. If things do not work out the way she planned, she does not get stuck, she is open to new possibilities.—