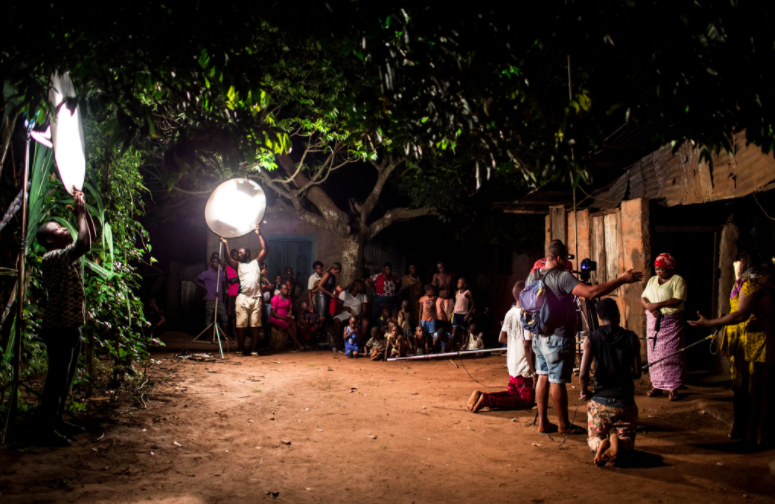 Being Nigerian sometimes feels like constantly inhabiting a dream. You witness a complex and multidimensional culture around you, yet representations of said culture are mostly one-dimensional and cartoon-like, if represented at all.

From a historical perspective you could argue that due to the institutionalised hierarchies in the world, transcending the deficit between lived and portrayed culture was, for various reasons, a challenge. But in today’s world, where technology has made the sharing of stories ridiculously simple, there is no excuse for Nigerian culture to remain a cardboard version of itself.

This is the topic of my latest column in the Guardian Nigeria where it was titled “The Internet is the best thing to happen to Nigerian culture. But we are missing the opportunity“. Read it below.

According to the the Federal Ministry of Information and Culture’s (FMIC) website, its mission is, “To establish and maintain a robust information dissemination mechanism that promotes our tourism potentials and enhances our cultural values.”

So how is the ministry working toward this mission?

Well, if social media is anything to go by – and in the era of unprecedented interactive digital ecosystems it certainly is – then the ministry is not doing great. With a suspended Twitter account and an Instagram page (bio “Fed. Min. of Info, Nig”) that has zero posts and nine followers, it is hardly succeeding at the first part of the mission – to provide a “robust information dissemination mechanism”.

The ministry’s Facebook page is in healthier shape, but few of the page’s posts are to do with culture (IE. philosophy , art, literature, film, music etc.) per se. There are posts about malnutrition and child marriage.Yet, important as these issues are, they are not exactly congruous with the ministry’s second aim… to promote tourism.

Furthermore, if the ministry’s mission is indeed to promote “tourism potentials[sic]”, then a broad display of pot-bellied male politicians on flickr, which is the social media platform that the FMIC seems to engage the most with, is hardly the country’s key attraction.

But I digress. As for the last part of the ministry’s mission statement, that it “enhances our cultural values” it’s the part whose online neglect is the most upsetting. The Internet and social media in particular could be used in truly exciting ways to work toward this goal, but alas.

Culture is the means through which a society forms its identity. It is a key tool for enlightenment, pride and well-being. In missing such obvious opportunities to enhance cultural values via social media, it is hard to envision the diligent execution of bigger plans to diversify the creative economy that Minister Alhaji Lai Mohammed recently announced. One can only hope that the current state of the ministry’s online presence is not indicative of its commitment to Nigerian culture. But I’m not holding my breath and neither should you.

While we hope for the best and prepare for the worst, this is a good time for citizens with the interest, skills and resources to capitalise on the power, beauty and wisdom of culture in order to position Nigeria as a global cultural leader.

By capitalise, I don’t only mean for profit. In fact, any large-scale cultural platform initiative needs to be socially mindful rather than capital driven. It would also need to include all Nigerians and not be sexist, tribalist, ageist, homophobic or bigoted in any other way.