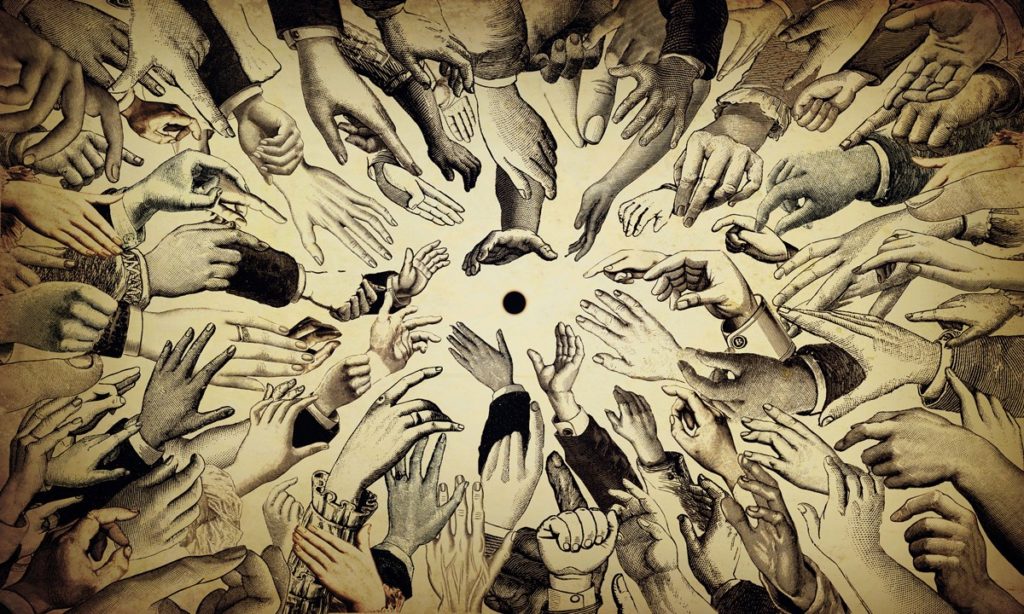 One thing we all ought to remember today following Trump’s victory. Whatever your political views, they are indicative of a longing for transformation that resides deep within the collective human psyche. We all long for a way of living that resonates deep into our souls. We long for a society where fundamental human rights are not attacked by those clinging to power at the top, the very same people who are supposed to be at the heart of democracy and just leadership. We long to look after nature as well as species other than the human one. We long for fertile ground to plant creative seeds in. We long to free ideology – the teaching of ideas – from dogma and unleash it into the world of transformation and meaning.

It is not that we are not discussing these longings for transformation. In fact, our modern day Agora is a vibrant marketplace of ideas; think pieces, TED Talks, books, courses, blogs, think-tanks, festivals and so on. The creation, distribution, use, integration and manipulation of information through a high-tech digital industry is a significant economic, political, and cultural activity. There is no shortage of vision and insight.

Yet, strikingly, our times are marked not by the implementation of new views, but by repetition of old patterns. We ought to consider why, despite all the talk about the age of social change, considerably little social change actually takes place. Instead, we live with an alarming incapacity to get to grips with eternally pressing issues. Our planet is slipping into an irreversible demise – it is increasingly difficult to imagine that in a hundred years to come, or beyond, people will be able to swim in clean river banks. Our political systems are failing, in many parts of the world democracy remains a dim prospect, and where elected democracies are in power, they are increasingly questionable to say the least. We know – it is apparent – that race and gender continue to be a key factor in the type of life a human may experience in this world. Women still make up the world’s most underrepresented group of people, to whom leadership roles nevertheless remain a utopia. Black Africans are the most persecuted group of people in Europe. In the US, the situation for Americans of African heritage is hardly better.

So, we must concede that those of us who are concerned with women’s rights, racial equality, LGBTQI rights, anti-poverty and other pro-justice movements, no matter which side of the spectrum we ideologically lean on to, either have the wrong ideas as tools, or, we have misunderstood their point.

I recently read an old Chinese proverb (curse?) that mischievously says, “May you live in interesting times”. We certainly do. On the one end, we are more connected, conscious and opposed to oppression. Yet regressive attitudes are also on the rise. It seems that the more power is claimed by those who have traditionally been denied power, the more the efforts to prevent them from doing so. The pattern is the same across the board; the more rights to religious freedom across the globe, the more conservative religious institutions become; the more progress in racial equality – the more the racial divides seem to grow. Look at the US for example, the country has seen some of its most violent uprisings since the civil rights era during Obama’s presidency.

It is no wonder, then, in a world where race, gender, sexuality, religion and ethnicity play large – and often unjust roles – in how a person experiences the world, people seek ideologies where they can root their identities, as well as their hopes and fears. In such circumstances, globalisation is not only helping us to broaden our ideas about humanity, but also to clamour to the psychological as well as physical borders that we feel make our identity.

Identity politics has its role to play. Heck, as a proponent of African feminism it would be hypocritical of me to state otherwise. But taken too far, when used simultaneously as ammunition and salvation, identity politics only divides us further. Even worse, it empowers groups whose intent is to destroy – to rally around their own identity crises, as we have seen with disgruntled populist movements. Make no mistake, pandering to white- and to male identity politics was Trump’s tactic.

To engineer transformation, is a process. At times the process is barely visible, like the gentle, lapping flow of a river surface while deep at the bottom rock, clay and animals are carried along its mighty flow. At other times the explosive movement is visible to the eye, for instance, when a dam can no longer withstand the force of the river dashing against it. No matter which, there is continuous movement. As in everything else in life and nature, balance will be achieved one way or the other.