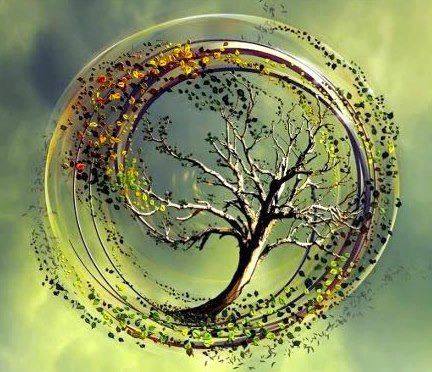 Reposting my latest column for The Guardian Nigeria, which was there titled “When it comes to agriculture, we need to talk about tradition”. If you have any thoughts about this, leave a comment.

Here’s what I had for breakfast some days ago: Akara and Fura yoghurt. For dinner that same day, I ate pounded yam with Efo Riro and stew. In the evening, I also had ground nuts and drank a can of Orijin. Well, it may have been more than one can.

But why should my food intake be of interest to you? I assure you, it is not because the ingredients could potentially expand my waist. I’m lucky to have food on my plate at all. Many in the country are less fortunate. No, they matter because they also form part of the recipe that could expand the country’s waist.
The decline in oil prices has forced a rethinking of Nigeria’s economy, and our leaders seem to agree that agricultural commercialisation is the best strategy to beat the recession. The zealous devotion to agricultural reform concerns me, however. Agriculture in itself will not automatically save the day.

Don’t get me wrong, of course a country with a vast and diverse climate as Nigeria’s should use its resources to add to government coffers. There are no excuses for spending over $10 billion a year on imported crops to feed the population. And any fool could have prophesied that export revenues that rely to ninety-seven percent on oil and gas were never going to be sustainable. One can therefore only commend increased investments in agri-business. But here are some of the things that make me anxious.

Firstly, an agricultural revolution without a matching “industrial revolution” is ineffective. Nigeria has too few agro-allied companies that can turn basic crops into products, too poor an infrastructure. Moreover, commercial farming must operate in harmony with resources, and soil is a non-renewable resource. Much of the discussion disregards this fact, speaking of agricultural activity as though the soil is inexhaustible.

Which leads to my second worry about the messianic role attributed to agricultural reform. If Nigerians are not disregarding the foreboding consequences of soil degradation, then there is a long list of nations who will gladly do so. Basically, it makes no sense to on one hand advocate for domestic farming while on the other hand enable foreign nations to over-exploit our resources.

Thirdly, women are in many ways the custodians of the soil. World over, seventy percent of agricultural workers are women and they also do the majority of rural marketing; making up more than two-thirds of the workforce in agricultural production. The same goes for Nigeria, where the majority of farmers are women. There is no lack of awareness about this. In fact, there are a growing number of microfinancing schemes to invest in female farmers.

What no one seems to be discussing is the key obstacle that female farmers face in the first place – tradition. Therefore, if farming incentives aren’t to join the long list of policy executed only rhetorically, we urgently need to talk about tradition.

Female farmers are disadvantaged by (at least) three things: lack of access to land ownership, lack of access to funding and lack of access to technological expertise. This is largely because of three corresponding traditional beliefs – that women should not: own lands, manage money and be (too) educated.
In fact, earlier this year, a bill which called for the right of rural women “to have access to agricultural credit and loans, marketing facilities, appropriate technology and equal treatment in land and agrarian reform as well as in land resettlement schemes” was denied by the senate with claims that the bill was “antagonistic to African traditions”.

Just in case there is any doubt about my stance, tradition in itself is not necessarily a problem. Tradition is a form of human activity through which groups of people – families, institutions, ethnic groups, countries etc. – find meaning and structure in togetherness. For a people that lost so much to foreign invasions, tradition is an important tool for cultural pride, to insist on our uniqueness, philosophical history, cultural memory, and to preserve dignity.