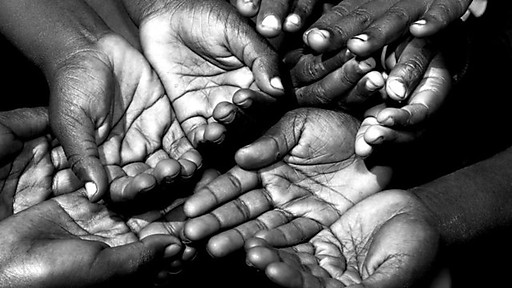 Reposting my latest column for The Guardian Nigeria, which was there titled “I agree, poverty is a more pressing issue than feminism”. If you have any thoughts about this, leave a comment.

The above, according to Abraham Maslow’s “Hierarchy of needs”, lists the five fundamental needs of human beings in descending order. The list is usually portrayed in the shape of a pyramid with “Physiological needs” at the bottom and “Self-actualisation” at the top.

The idea is that human needs have levels. Once one set of needs is gratified, another set emerges. For example, if our physiological needs such as hunger are fulfilled, we strive to secure our safety needs such as a steady income. In return, once our safety needs are met, we seek to fulfil our love needs to do with family, friends etc. And so on, until all the lower needs are met at which point there can be self-actualisation, which we could describe as the fulfilment of our deepest desires and talents. “A musician must make music, an artist must paint, a poet must write, if he is to be ultimately happy. What a man can be, he must be. This need we may call self-actualisation,” Maslow wrote.
It is not a flawless theory – no theories are – but it generates a healthy discussion, as all good theories do.

I have been thinking about Maslow’s hierarchy of needs because of an article that Bukola Saraki, Nigeria’s senate president, wrote in the UK Guardian this week titled “Nigeria cannot overcome its gathering humanitarian crisis alone”. In the article, Saraki highlights that millions of people in Northern Nigeria are “severely food insecure” and (he pleads?) that the country therefore needs £215m in aid to “ensure food reaches those who most need it as quickly as possible.” He writes, “…Nigeria must do far more to coordinate relief efforts, we cannot tackle the crisis alone, just as we cannot tackle its root causes – poverty, insecurity and instability.”

Poverty, insecurity and instability are indeed what could be listed as physiological and safety needs on Maslow’s pyramid. What’s listed on Maslow’s pyramid is besides the point, but it gives an idea of what to strive for, which is useful.

Anyway, what is not considered in Maslow’s pyramid is the relationship each of the needs has with power. And no discussion of poverty, insecurity and instability is complete without considering power. At the end of the day, poverty is dealt (or not dealt) with to the extent that those in power choose to tackle it.

Furthermore, power is not only about the hierarchy between the rulers and the ruled, it is about all structures of dominance – the elites and the working classes; the west and the developing world; men and women.

For this reason, one group of people who specifically deal with the question of power are feminists. Because male dominance is the most accepted type of oppressive power in human history, feminists have sought to understand the intricacies of its endurance. For over a century, feminists around the world have analysed male supremacy. In so doing they have developed an unprecedented political philosophy of power.
In fact, there is no other ideology which looks at power and its redistribution as carefully as feminism does; not libertarianism, not social democracy, not pan-Africanism.

This is precisely why feminism is key to finding solutions to poverty, not only because poverty affects women disproportionately but also because poverty is caused by an unequal distribution of power.

Speaking of pan-Africanism, an ideology which treats feminism as a secondary issue to be considered only when “more serious” issues such as poverty are solved, let me say this. While I too agree and avow that poverty is the most pressing issue facing not only Africans but all of humanity, feminism – with its insistence that everyone should have equal rights – should not be ignored by anyone with a genuine interest in creating a more just world.