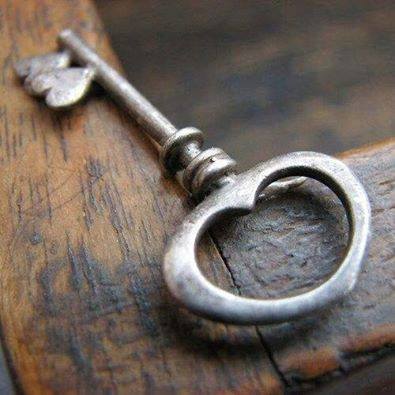 Reposting my latest column for The Guardian Nigeria, which was there titled “Cook, earn, pray. But don’t expect a happy marriage”. If you have any thoughts about this, leave a comment.

I recently read a story titled The Habit Of Loving written by the irreplaceable Doris Lessing. The story was about an ageing man who, having been abandoned by first his wife and later his partner of many years, carries out his everyday life with a persistent heartache. Eventually the man, professionally celebrated, encounters a woman almost half his age whom thanks to his influence, he woos and marries. But interestingly, it is not until his new wife has an affair which leaves her heartbroken that he feels a true connection to her. She had then suffered what he too had suffered.

The story made me think about something which is essential to romantic relationship, namely good understanding. By romantic, I do not mean fairytale romance but rather I mean realistic love that nevertheless contains passion. For a relationship to be romantic in this way it is fundamentally necessary to understand each other. What makes a couple understand each other can be anything. It can be their world views, their favourite hobbies or as in Lessing’s story, it can even be a sentiment of shared heartache. What does not encourage good understanding in itself, however, is whether you can cook or if you are employed.

Yet it is precisely cooking and employment that Nigeria’s, if not Africa’s, leading spiritual teacher Pastor Adeboye recommended at a 2015 sermon that recently reemerged online. “Don’t marry a girl who cannot cook. A girl needs to know how to do chores and cook,” he sermonised.

He didn’t exclude women from the throes of soulmate seeking, “My beloved daughters,” he preached, “don’t marry a man who has no job. Before God gave Adam Eve, he gave him a job. He said, ‘this is the garden, keep it’.”
Mind you, Adam was not terribly successful at the job of “keeping the garden”, but I digress. Nor do I wish to comment on Adeboye’s sermon itself, of which a satisfactory amount has already been said on social media. Rather, my point is to emphasise that even from a traditionally religious perspective, such advice is gravely misguided.

After all, what is the purpose of marriage? Not theoretically but actually – why do people marry? Is it that they can experience love, intimacy and companionship? And yet is it not the case that instead, the vast majority of people feel endless confusion in marriage because the person that they supposedly love is also the cause of their suffering.

Similarly, what is the purpose of spirituality? Again, the actual rather than the theoretical purpose. Why do we seek spirituality, whether it is Christianity, Islam or any other religious practice? Is it to confuse or elevate our minds? Furthermore, if you are a Christian, is it to be Christ-like? Can we imagine that Jesus, had he married, would really have given a slice of bread how well his wife cooked? Surely, there are personality traits that Jesus would have valued above a woman’s ability to broil fish or ferment grapes.

By all means, enjoy a person’s cooking or admire their ambition but don’t let the lack of either dissuade you from an otherwise compatible relationship. Shocking as it may seem to the Adeboyes out there, a man can cook for himself and a woman can look after her own finances.

Anyhow, with matrimonial guidance as backward as pastor Adeboye’s, I suggest a revision of marriage vows as follows:
“I, ___, take you, ___, for my lawful wife/husband, to sponsor or to feed from this day forward, for better food at the table, for worse equality, for richer, by no means for poorer, in wealth and in flabby health, until burnt rice or an empty bank account do us part.”

Dear readers, this kind of spiritual counsel might fill your stomach or pay for your weave, but it will hardly make your marriage happy.