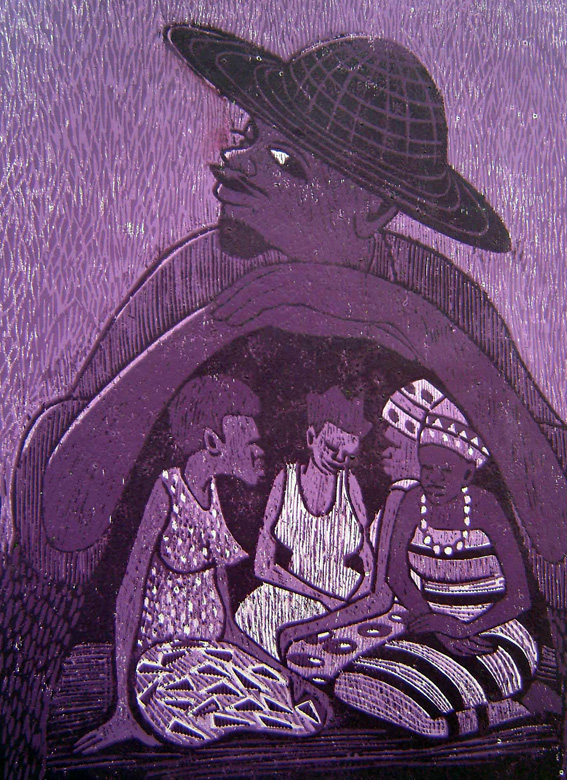 Reposting my latest column for The Guardian Nigeria, which was there titled “Why I am going to stop using the term patriarchy”. If you have any thoughts about this, leave a comment.

When feminists use the word patriarchy, it is usually followed with a shrug, a rolling of the eyes, or a sigh.

This is because when we speak about patriarchy, we are referring to the sanctioning of male dominance in society. We are taking issue with boys clubs that exclude women from matters which concern them. We are pointing to a binary hierarchy system where the value of the female sex is diminished by tradition, religion, culture etc., while the value of the male sex is given unreasonable preference.

There is no denying that this system exists, but I have started questioning how accurate it is to call it patriarchal.
See, patriarchy may imply all the above in theory, but the origins and archetypes that imbue a term are equally interesting to me as their theoretical uses are. Perhaps it’s due to my Finno-karelian and Yoruba ancestry, both ancient cultures to whom poetry, mythology and archetype were integral to understanding the world around us.

The etymological roots of the term patriarchy are associated with the Greek “pater” and the English term “father”. Patriarchy literally means “the rule of fathers”. Or to put it differently, patriarchy connotes rule which is fatherly.

Only there is nothing fatherly about the way we are ruled. Just look at the present state of our world – it is clear that although society is led by elderly males, it is not patriarchal in the sense of fatherliness. To be fatherly is not simply to provide the semen for child-making, it is to be concerned, kind and tender of those whom you father. When it comes to government, a truly patriarchal leadership would be paternal, meaning it would behave with love, benevolence and protection if also with authority.

Instead, what we have is a system which is dominated by the male adolescent archetype. Whether it’s a Donald Trump or a David Cameron, a David Mark or a Dino Melaye, it is boy- rather than father psychology that governs us. Unlike the father archetype, who invests in a positive future for his kin, the boy archetype wants to conquer everything in a hurry. It’s the ego gone wild, whose every action is rooted in the fear of losing power. We are governed by the “boyarchy”.

The boyarchy is characterised by qualities such as rowdiness, braggadocio, violence, territorialism and incapability of commitment. It is the reign of the eternal Bachelor, the buster, the Rambo, Tarzan and the Wild Wild West, and it’s ruthlessly controlling.

In family relationships too, the cantankerous boy archetype is more common than the mature father archetype. Our culture just does not encourage men to reach the stage of archetypal male maturity that is characterised by compassionate concern and emotional connection. This is why men who, despite the odds stacked against them, embody these latter qualities are seen as “feminine”.

There are exceptions, of course. The Nelson Mandelas and the Barack Obamas of the world have brought paternalism to the boy-structures that they lead. Also, let me point out that there are positive attributes to the energy of young male adolescence. This archetype can be courageous, vigorous and potent. A healthy society needs these qualities. But it’s not what should lead the way.
Moreover, let me add that women are equally capable of “boyarchal” behaviour as well as its equivalently unuseful (for leadership) girlishness.

Last but not least, the true patriarch knows that he is nothing without the matriarch. I do not mean that he simply “respects” women, especially older women or his own wife. I mean that the true patriarch knows that a combination of patriarchal and matriarchal sagacity is needed in our governing structures. He knows that society will not prosper until there is an alchemy between the masculine and the feminine because he knows that both exaggerated masculinity or femininity creates disorder and dis-ease.

These are some of the reasons why I’m going to stop referring to our form of rule as patriarchal. It is too generous a term to describe a system devoid of fatherly responsibility.

Image is by John Bosco Kanuge, The Protector (1998)