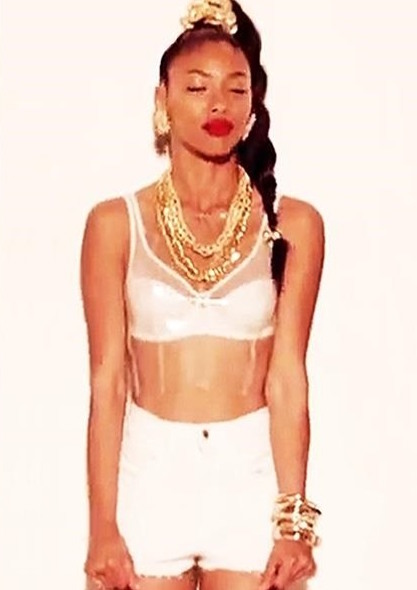 When it comes to sex, could it be that rather than contesting the concept of “blurred lines” (defined by Urban Dictionary as lines that “appear blurred to men who don’t comprehend the meaning of no”), as feminists tend to do, women should actually be contesting defined lines?

I’ll use a personal example to explain why I am asking. I was walking around central London one day, and passed a beauty spa. Unpremeditatedly I strode in to get a back rub. The receptionist, an attractive young man who also, it would turn out, was the masseur, directed me to a treatment room at the end of the corridor. I settled into a massage chair.

Roughly half-way into the session, his having affirmed several times whether he was kneading too hard, too soft, in the right place, or not, I jerkingly awakened from my relaxation stupor to an inexplicable sensation. An object was lightly touching my lower back and yet the masseurs’s two hands were on my left and right shoulder blades respectively. Was it what I thought it was? I asked myself, mistrusting my own senses. I’d had a long day (shopping, admittedly) and perhaps—God save me—my imagination was running wild. As if sensing my doubt, the masseur stepped closer to the chair and intensified the pressure on my shoulders. And, um, the small of my back. There was no doubt, the object tapping against my lower back was his erect penis.

I wish I could report that this realisation resulted in my rising from the chair, demanding the manager’s number, threatening to get the masseur fired, perhaps even reporting the incident to the police. But instead, I sunk my face right back into the cushion of the massage chair. What’s worse, now that we both knew that I knew, my gesture signalled that I also did not mind the extra “hand” tapping my back.

It was not until I left the spa— feeling curiously empowered, as though I had gotten away with a secret mischief—that I nevertheless started to mull over the incident, and the more that I did, the more any sense of accomplishment I may have initially had, faded. Instead, an inner (and critical) voice said, “Well, isn’t that something – a feminist who permits herself to be molested.”

But this was not the entire truth either, there were two possible explanations to my reaction at the spa.

Yet, the incident would not leave my mind (because the personal is political and da da da) so I analysed it further, and eventually a third explanation bared itself.

3. In neglecting to act upon my commitment to the feminist cause of standing up to all forms of sexual harassment, I prioritised my own sexual agency.

Don’t get me wrong, I resent that the masseur felt entitled to tap his penis on me.  Unequivocally, that absolute sense of male privilege is problematic and dangerous. In 2013, a song titled “Blurred Lines” by Robin Thicke was released to the chagrin of many feminists, myself included. It is perfectly conceivable that the masseur, like Thicke, was smugly thinking, “I know you want it”. Yet, my acquiescence made me question whether underneath the condemnation of “Blurred Lines”, lies an uncomfortable truth about the nebulous territory which is female sexual desire. (The book I’m linking to is fantastic, btw.)

If that is the case, the problem is that like so many things about female sexual desire it is left to men to interpret willy-nilly (pun intended) what blurred lines mean. Of course, they turn it against women, into a position of weakness. Perhaps, then, rather than repudiate the concept of “blurred lines”, women should (re)claim it as a linguistic weapon with which to enable a wider understanding of the power of our sexualities. After centuries of focus on male sexuality, how could ours be anything but blurry. In fact, we might find that there is a great erotic power in the blurred borders between yes and no.

In essence—yes, our sexuality is sometimes marked by blurred lines—sometimes we say yes when we should say no, sometimes we say no when we want to say yes, and sometimes we are caught in between. And sometimes, so what. It’s our prerogative to do so because we know, as Thicke might say, men “want it”.