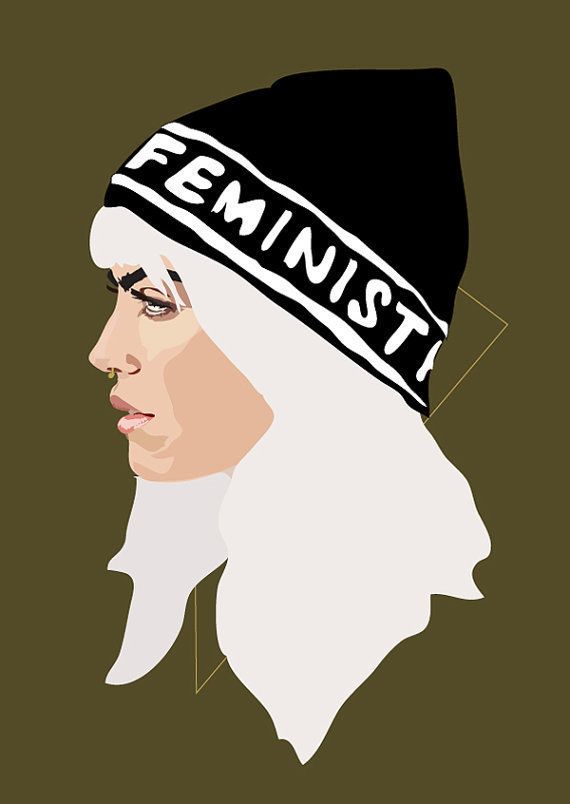 Feminism in the west is failing. For one, the west has seen the smallest changes in closing the leadership gender gap. Latin America has fared best in this matter, but also voters in sub-Saharan Africa, Asia and the Caribbean have done better at electing women presidents and prime ministers.

Western women are not only being side stepped in leadership roles. From healthcare to the economy, a revivalism of old, patriarchal and conservative values and a backlash against women’s rights is taking place in political society.

And yet western feminism, which used to be a serious political movement, has morphed into an easy target for a neopatriarchal system eager to convert it into a commercial rather than a political force, as indeed has been the case. Thanks to cultural gains, it may look like western feminism is ‘winning’, but what really is being achieved is the commercialisation of feminism into a patriarchal low-budget product.

By western feminism, by the way, I include in this instance also women of colour feminisms in the west. To this measure, to the extent that western feminism remains a political ideology and not a gimmick, its political strength lies in identity politics and not, as one would desperately hope, in ideological politics. Ideological politics would see feminism being used as a political tool to discredit patriarchy as a primitive social system with no place in twenty-first century democracies, much like abolitionists discredited slavery as a primitive social system in the seventeenth century.

Why a failing western feminism matters?

For reasons beyond our present-day control, the west is the world region that has accumulated the most economic, cultural and political influence. This “columbusing” applies to global social justice movements as well, unfortunately. Thus, if western feminism does not take its gaze out of its own navel and influence the movement with a re-politicised energy we will all loose. To be clear, I wish we weren’t dependent on western feminism getting it right. (I also wish for world peace but I’m not holding my breath.)

What I am arguing, is that western feminism needs to become global-minded. Why? Because patriarchy and its oppressive systems are global. There’s no point in shutting down ‘Patriarchy HQ’ while its other branches remain active. In an inter-connected world where organisations such as the EU, UN, IMF etc. impact women’s lives, as well as one where for-profit corporations like Apple or Coca-Cola affect issues such as child labour, unemployment and the environment, all feminists truly need to engage with the bigger picture.

I could equally say look to Asia, South America or the Middle East but as I am the most familiar with African feminism, let me share what western feminism can learn from Africa.

Throughout modern history, women in Africa have had to tackle both western domination as well as male domination.  The link between women’s- and anticolonial struggles in Africa, means that African feminism has always been unavoidably political in tone. Western feminists can learn from the African feminist movement’s emphasis on political life.

To give an example, German feminists could right now learn from the Egyptian feminist struggle post sexual attacks in Tahrir square demanding that their calls for state protection and punishment for perpetrators is heard in mainstream media. Instead, the sexual attacks that took place in Cologne on New Year’s Eve is turning predominantly into an issue of immigration, with sexual violence as a “side consequence”.

Western feminism does not need to start from scratch. It can take heed from the 1960s and 1970s when it experienced a moment of unprecedented success. Make no mistake, the reason 1960s and 1970s western feminism was successful was because it was inspired by international feminisms. In fact the phrase women’s “liberation” originates in third world liberation struggles in countries such as Chile, Cuba, Japan, Angola, Guinea-Bissau and Brazil to name a few. Second wave feminist achievements also owe much to African-American, Latin-American, Asian-American and American Indian feminist and black power revolutions.

To reinvoke the political and global spirit of that era, with all the added lessons of hindsight, is the great challenge for 21st century western feminism.

Leave a Reply to What Do I Know About Feminism? – JOSHUA IGBO Cancel reply