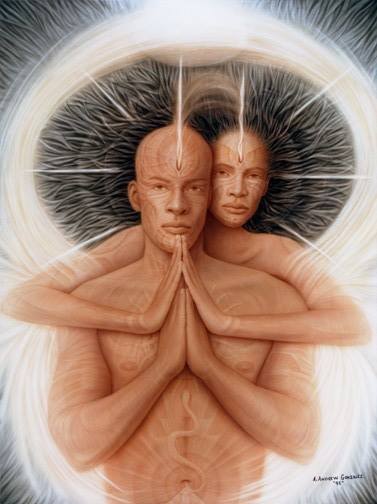 This is a guest post by Stephanie Kimou aka The Angry African. Stephanie’s guest posts tend to provoke thought and generate discussion on my blog and elsewhere. No doubt this one will do the same. Let us know your thoughts in the comments.

I knew that my partner was a feminist before he did. From the moment we met, he proved to be a man who defied traditional gender roles (he cooks way more than I do) and ensured that his interactions with the women around him were not only non-invasive, but nurturing as well. From the way he speaks about women, to the way to checks men, I could spot his feminist ways early on. There were five clear signs that my perfect man was a feminist; so read this, take notes, and keep an eye out for these traits on your next date:

1. He doesn’t disrespect you with his preferences: When a man says “I only like light skin women,” or that he only dates women with big asses, he is stripping the value of millions of women because they don’t have the right skin tone or physique. A feminist man will be able to see that the words he uses to publically express what he does and does not like about women are extremely sexist, and leaves women vulnerable and uneasy in their own skin. This does not mean do not have a preference, it means that continuously expressing that preference is an act that physiologically breaks down the self-esteem of the women around you. To put one set of women on a pedestal, while systematically degrading another set because they are too dark or too skinny, is a clear way to say you do not respect, or value women.

2. He doesn’t call other men pussies: When a man calls another man a pussy, he is disrespecting the physiology of a woman by attaching negative qualities like jealously and weakness to women and not men. He is essentially saying the female organ that births children is to be used to degrade a man, and make him feel inadequate. A man should find it disgusting that one of the lowest forms of insulting another man is to compare him to a vagina, and insinuate that women are indeed the weaker and more problematic gender. As we know, men can be weak, they gossip, they can engage in very jealous behavior; because these are HUMAN traits and not just female traits. This also applies to “you hit like a girl,” “act like a man not a little bitch,” and all variations that make women the butt of an insult.

3. He’s not the guy asking for hugs: When a man sees that bus driver, security guard, or co-worker who is sharing unwanted comments with women about their bodies, or giving unsolicited hugs and shoulder rubs, it is EVERYONE’S (not just women’s) responsibility to school him on sexual harassment. I understand a man can not physically stop every friend, family member, or fool on the street from being that “gimme a hug” guy, but he can speak up against it. It is not ok to stand there and watch your friend grabbing asses on the street, and it is not enough to say “but I don’t do that.” It takes a man conscious of the female experience to be able to identify sexual harassment; he should see and feel the discomfort of any woman when her personal space and peace are being disrupted because she has breasts.

4. He doesn’t need a personal assistant: He wakes himself up, can remember his mother’s birthday, and cooks his meals. He was an independent man before you, and if you do choose to help him in his day to day tasks, it is a treat and not expected for the rest of your life. It is no folk tale that many men desire a women that will take care of his needs. In a relationship the support should be constant and genuine, but what is unrealistic is a man who feels entitled to being catered to hand and foot, 365 days a year just like his mother used to do. A feminist man is not only self-sufficient, but he is just as concerned with what you need daily as he is with his own needs.

5. He lets women speak: We have all been on a date, or in a bar, or in a meeting at work when the man you’re supposed to be conversing with, actually won’t let you speak. He will ask you a question and then conveniently spends the next 30 minutes speaking over you. Not only is he arrogant, he has no sense of his privilege as a male. The fact that a typical man can fully express himself at work without being interrupted or undermined is a privilege that can translate into a boyfriend or husband that has no idea how to let his woman communicate her needs and opinions. A feminist man not only limits his control of conversations, but he ensures that other men around him are giving women the space to speak as well.

Image is “The Sacred Marriage” by Andrew Gonzales.