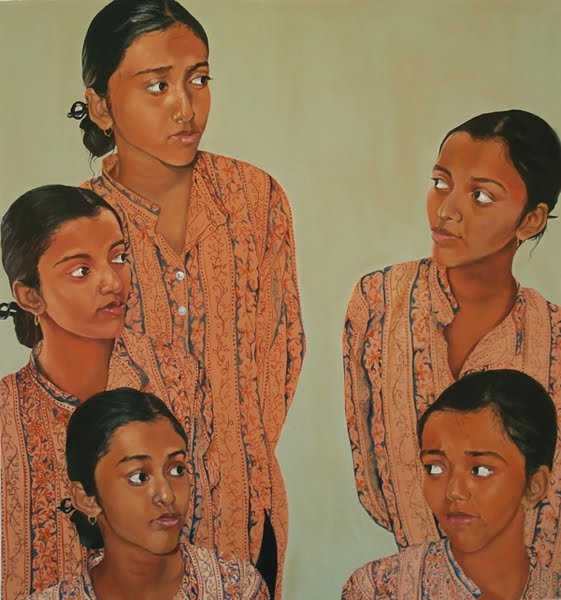 Reposting my latest article for The Guardian, which was titled “Feminism needs global voices – here are eight books we should all be reading”. In the piece l argue that Sweden handing out copies of We Should All Be Feminists by Chimamanda Ngozi Adichie to all sixteen year olds is a milestone for global feminism – as well as make recommendations of other books we should all be reading.
If there was one country in the world that was going to be the first to make a feminist text compulsory reading for its teenagers, it was always going to be Sweden. The first country to break the 10% ceiling for female political representation in the 1950s, Sweden has since accumulated many other firsts when it comes to gender equality.

But that Swedes selected the work of a Nigerian writer, Chimamanda Ngozi Adichie, as the book of choice for every 16 year-old, is a milestone not just for Swedish feminism but for global feminism.

Throughout the 20th century, from the first International Feminist Congress in Buenos Aires in 1910 to the conventions in Mexico, Nairobi and Beijing, feminism always sought to connect women’s voices from around the world. Today, that no longer seems true. Feminism today is marked by a crippling village mentality, an unwillingness to see beyond the issues that affect one’s own community.

I’m not suggesting that having a global view is easy. The barriers presented by race, sexual orientation and class are not sometimes difficult to grasp, as micro-aggressions far outnumber outright discrimination. Nor am I saying that feminism can’t have regional differences, after all, I write an “African” feminist blog. But although there are nuances to my struggle which are important to me as a woman of African heritage, I find the diminishing interest in feminist movements in Asia, Africa and Latin America unfortunate, especially because the systems that affect women are increasingly global.

Whether it is reproductive rights, the growth of religious fundamentalism, child labour, poverty or climate change, many of the issues that have a negative impact on women’s rights can only wholly be understood when situated within a global perspective. This is why distributing Adichie’s book We Should All Be Feministsto high school students is truly something to rejoice. It’s a book about sexism in Nigeria, but it’s relatable even in “feminist” Sweden.

We should all be reading Adichie’s book as well as countless other feminist books from around the globe that expand and consequently strengthen the feminist movement. As the late self-described “black, lesbian, mother, warrior, poet”Audre Lorde said: “It is not our differences that divide us. It is our inability to recognise, accept, and celebrate those differences.”

Lorde’s book Sister Outsider is an essential read. As a collection of essays exploring race, sexism and homophobia, it can help the budding feminist transcend the deafening noise that surrounds these topics on social media. There is a calmness to Lorde’s righteous anger, a deep wisdom and a commitment to global feminism however frustrating achieving it may be.

Another feminist book that everyone should read is Woman at Point Zero by Nawal El Saadawi. Although fictional, it is based on a true account of a woman who is awaiting execution in a Cairo prison. It tells a harrowing story of growing up poor and female in Egypt, of being raped, undergoing FGM, and being married off to a 65-year-old as a teenager. This is the book that teaches its reader about the vicious nature of unhinged patriarchy but also, about feminist awakening.

And there is more out there for the globally-minded feminist. Karima Bennoune’sYour Fatwa Does Not Apply Here, is an important book for our times, tackling how women and men in the Middle East, north Africa and south Asia are fighting religious fundamentalism often risking their own lives. In a similar vein, Mona Eltahawy’s Headscarves and Hymens: Why the Middle East Needs a Sexual Revolution is a must-read for understanding how gender fits not only into the Arab revolutions but protest generally.

Broadening the focus on feminism from social justice to environmental justice, the recently published Why Women Will Save the Planet includes writing by leading global feminists on the urgent need to link the environmental and feminist movements. It demonstrates that achieving gender equality is vital if we are to protect the environment upon which we all depend.

These are all necessary global feminist reads but for the most part they’re intellectual arguments. To affect change the arts, poetry and mythology must be seen as just as important as academic theory, and so I must add a book of poems to our global feminist reads, one I return to over and over: Gabriela Mistral’s Madwomen. Go read it.

Image is a self-portrait by  Anindita Chakraborty.