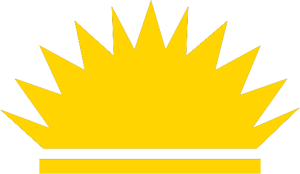 Some weeks ago I wrote about masculinity in African film. This post is a companion.

I wanted to write about Odenigbo, one of the lead male characters in Chimamanda Ngozi Adichie’s novel, Half of a Yellow Sun, because although Odenigbo belongs to a group of fictional characters, from Don Juan to Heathcliff to Romeo, who have caused women’s hearts to flap, his impact in the canon of romantic heroes goes largely unrecognised.

In my case, I might add, Odenigbo makes my heart flip more than flap. I’ve had my fair share of Odenigbos, thank you. Nevertheless, it is troubling that analyses of the characters in Half of a Yellow Sun have mostly, and predictably, attempted to comprehend its female lead – Olanna – neglecting the book’s most memorable character in the process.

The fixation with Olanna, is such that even when the film version of Half of a Yellow Sun came out, some fans created a petition against it. So displeased were they with what in their view was an erroneous casting. However, fewer opposed (thank goodness) that Odenigbo, described throughout the book as “a man who trusted the eccentricity that was his personality, a man who was not particularly attractive but who would draw the most attention in a room full of attractive men”, was played by Chiwitel Ejiofor, an actor one could hardly call “not particularly attractive”. As Kainene bitchily says (to Olanna), “There’s something very lazy about the way you have loved him so blindly…You’ve never even accepted that the man is ugly.”

Be that as it may, Odenigbo makes many women loose their marbles. So to what does Odenigbo owe his dazzling image if not his physical appearance?

Firstly, he is brainy. Unlike men, who apparently are not attracted to intelligent women, studies have shown that women are indeed attracted to smart men. And as a university professor, Odenigbo is categorically erudite. Secondly, Odenigbo is politically passionate. He is no abrasive Nnamdi Kanu, but this pan-Africanist Igbo hero’s tribal passion makes a seismic volcano seem lukewarm. Moreover, Odenigbo possesses that age-old aphrodisiac, confidence. Despite his mediocrity in the looks department, he does not for a second doubt that he can win the love of the ethereally beautiful Olanna.

Add to this that Odenigbo is as macho as a pint of Guinness. A trait, which to the feminist in me means that he is also as charming as one. But I must profess, that when Odenigbo softly holds Olanna’s hand while boisterously debating everything from Voltaire to Nkrumah to pan-Africanism; when he insists on treating their househelp, Ugwu, as his equal despite Ugwu’s own discomfort with the discourse; and when he has rough sex with Olanna but she nevertheless feels as though “she is immersed in a mesh of soft feathers”, even my cynical heart flutters a little.

Not to mention during times of despair, when just like the Heathcliffs and Don Juans before him, the almighty Odenigbo becomes a mere shadow of his grandiloquent self. This transformation only proves that, despite Odenigbo’s macho posturing he is in fact, lo and behold, made of vulnerable human flesh and blood.
But what speaks to the smitten reader’s most enamored particle, is that Odenigbo never ceases to love Olanna. All the way through his youthful revolutionary days to his unplanned disloyalties, an atrocious war and right to the bitter end, his love is unfailing.  When the war is over, and Olanna sobs over losses, Adichie enwraps the novel with the six words: “Odenigbo took her in her arms.”

Trivial as they may seem, these final words leave the infatuated female reader satiated in the knowledge that even in his cocoon of righteous self-pity, in the end, Odenigbo loved Olanna just as much as he did in the beginning.

What do you make of Odenigbo?