The fifth edition of the Royal African Society’s annual film festival, Film Africa, is taking place on the 30 Oct – 8 Nov in London. Film Africa celebrates the best African cinema with a wide-ranging film programme. This year, over 60 films from 26 African countries will be screened.

As one of the Friends of Film Africa, I have selected seven films directed by African women for you to check out – there will also be Q & A sessions with some of the directors after the screenings. The topics of the seven films range from coming-of-age stories to romantic quandaries to defiance of patriarchal traditions. But as films directed by African women, what they share in common is that they all contribute to the articulation of a female voice in African film. It is a voice, which no matter how profound, trivial, heavy, entertaining, serious, informative or seductive, – unwaveringly insists on being heard (or seen). 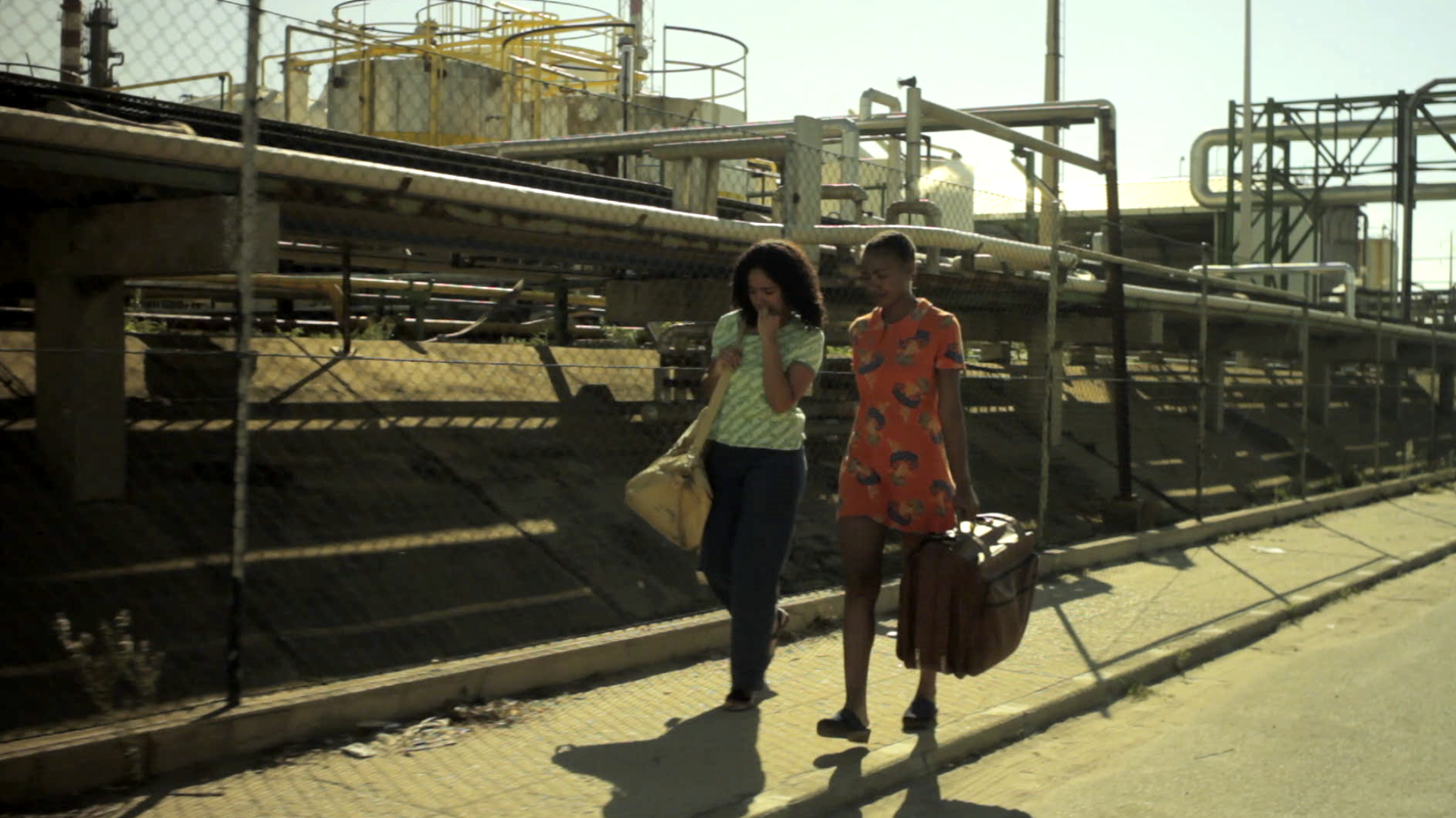 All Is Well by Pocas Poscoal – In the late summer of 1980, Alda (16) and her sister Maria (17), arrive in Lisbon to escape civil war in Angola. Left to their own devices, they start to build a new life from scratch in unfamiliar surroundings. Faced with many obstacles and bad news, the girls struggle between a past they can no longer return to and a future that doesn’t seem to exist. As they enter womanhood, they must find the strength to decide their own fate. In her much acclaimed, award-winning debut, director Pocas Pascoal uses her personal story of escape and exile in order to find a voice for a whole generation of refugees, who fled to Portugal in their thousands as war raged back in Angola. 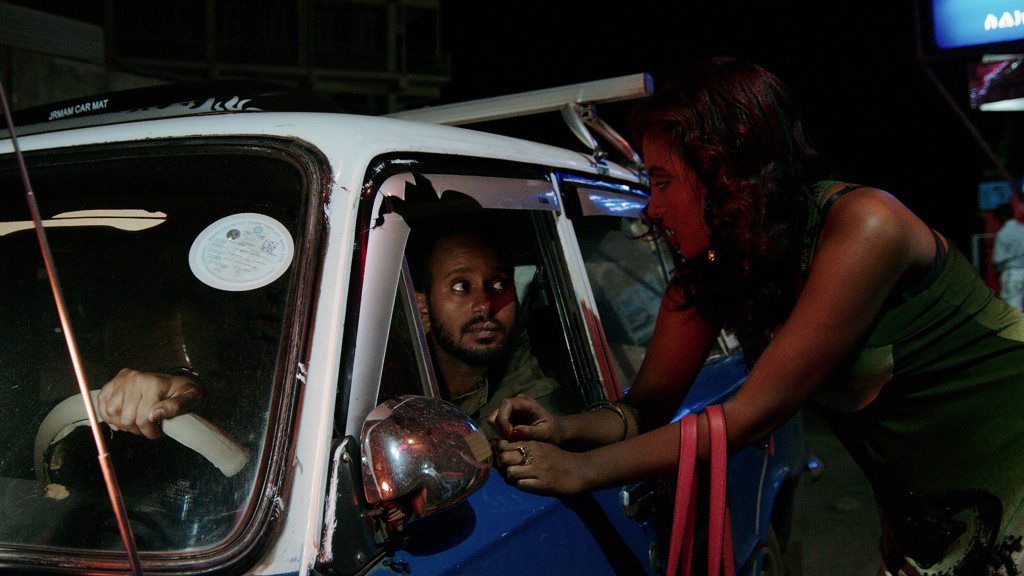 Price of Love by Hermon Hailay – A young Addis Ababa taxi driver gets caught up in the dark side of love in this off-beat romance. Teddy is trying to take the high road and put his khat-chewing and drinking days behind him. When his taxi is stolen after he helps a young girl escape her violent ex-pimp, he sees his livelihood and source of redemption abruptly disappear. Feeling guilty, this mysterious beauty offers to help Teddy get his taxi back, and before long he’s falling for her charms. Having grown up in proximity to sex work, renowned writer/director Hermon Hailey draws on personal experience to add depth to this courageous and bittersweet film, capturing the dark underbelly of a city in flux. 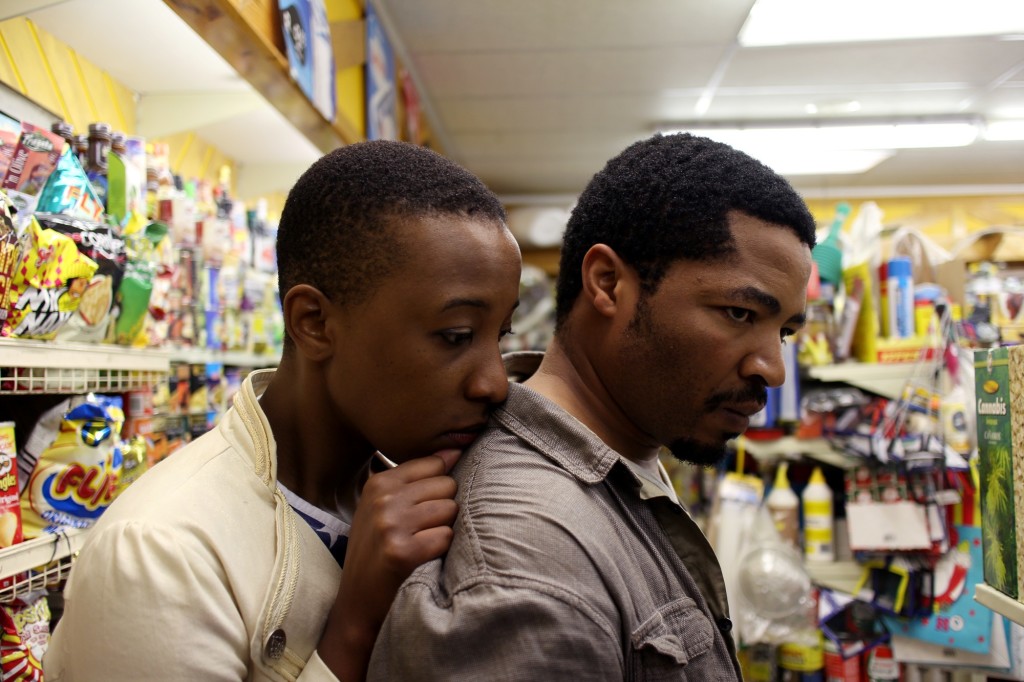 Love the One You Love by Jenna Cato Bass – Phone sex operator Terri might be comfortable voicing the most intimate of thoughts over the phone with strangers. However, words don’t come so easily when it comes to communicating her feelings towards Sandile, her attentive boyfriend who spends his time looking after animals. In another corner of Cape Town, a computer technician struggles to let go of a lost love, rubbing self-indulgent salt in his wounds by insisting on spending time with his ex’s younger brother. As fate would have it, their parallel paths intersect and they begin to suspect that their love is a peculiar conspiracy – setting in motion an intimate, funny and bittersweet exploration of some of the more sacred ideals of young life in contemporary South Africa. 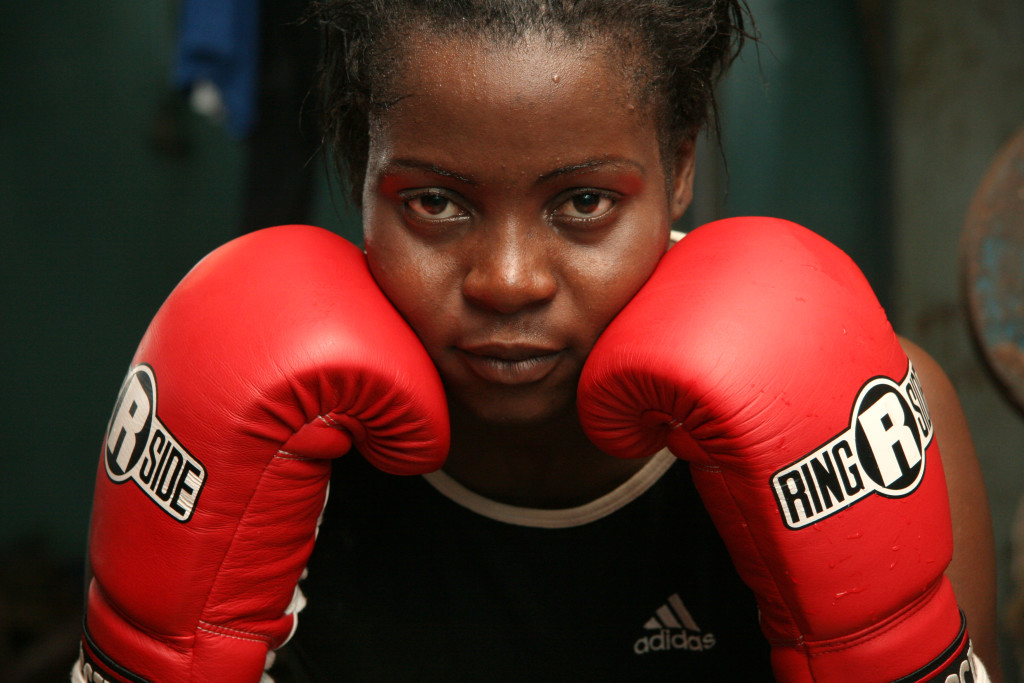 Between Rings: The Esther Phiri Story by Sala Sorri and Jessie Chisi – Esther Phiri has literally had to fight to carve out an independent life on her own terms. Whilst most young women in her native Zambia were busy planning weddings, Esther had other ideas – to stay single, be a professional boxer and complete the high school education that she abandoned when her family fell on hard times. Her sudden meteoric rise to undefeated world champion took the boxing world by surprise and she was soon dubbed ‘Zambia’s Million Dollar Baby’. In private, Esther slowly crumbled under the weight of her own success. This is an astute documentary about a tenacious woman who is full of the contrasts, conflicts and inner tensions that come with fame and celebrity. 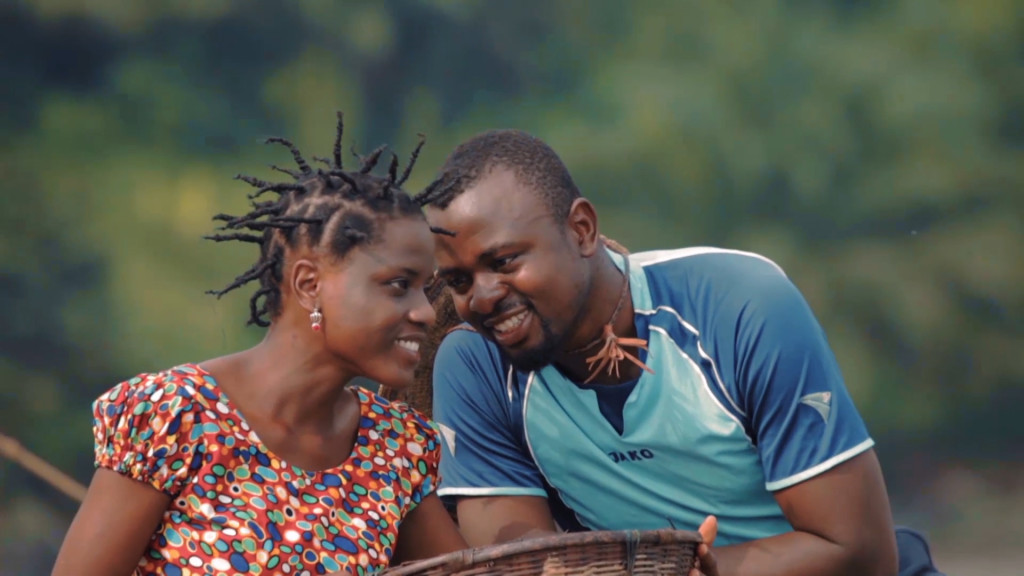 Alma by Christa Eka Assam – Alma is a beautiful young woman living with her husband in a fishing village in rural Cameroon. What seems an idyllic existence in the beginning soon turns into a harrowing story of domestic abuse, which unfolds in the context of a community that does nothing. With a great performance by protagonist/ director Christa Eka Assam, Alma bluntly explores the tragic consequences of gender based violence when un-denounced. 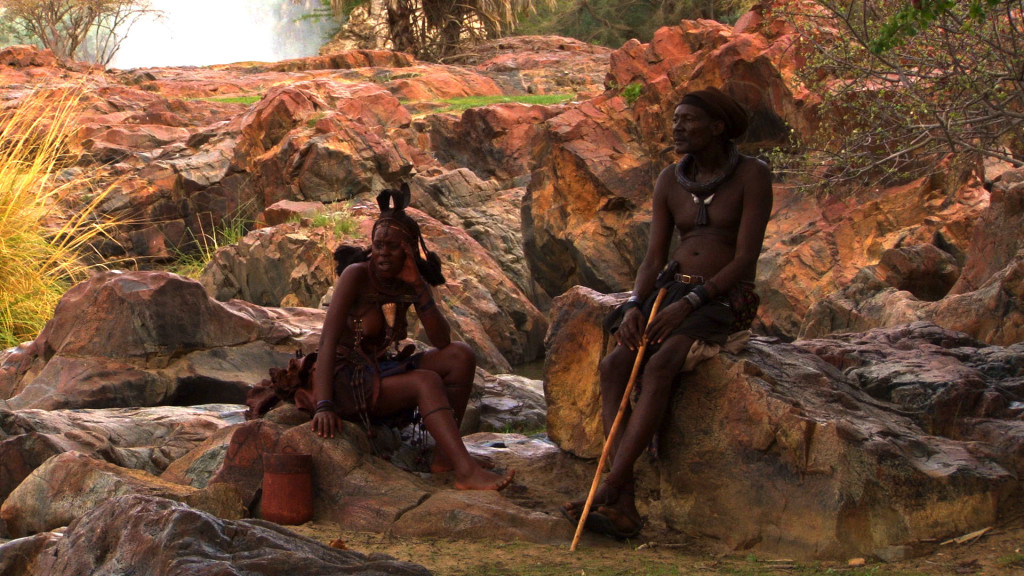 Tjitji the Himba Girl by Lomboleni Oshosheni Hiveluah – Tjitji is a young, successful and ambitious student who dreams of being the next famous Talk Show host, like her idol Oprah. Tjitji also lives dutifully in the time-honoured Himba tradition. As is the custom, she soon learns that her Father is arranging for her marriage to a young Himba man. Tjitji is faced with a dilemma – should she defy her culture to follow her dream? 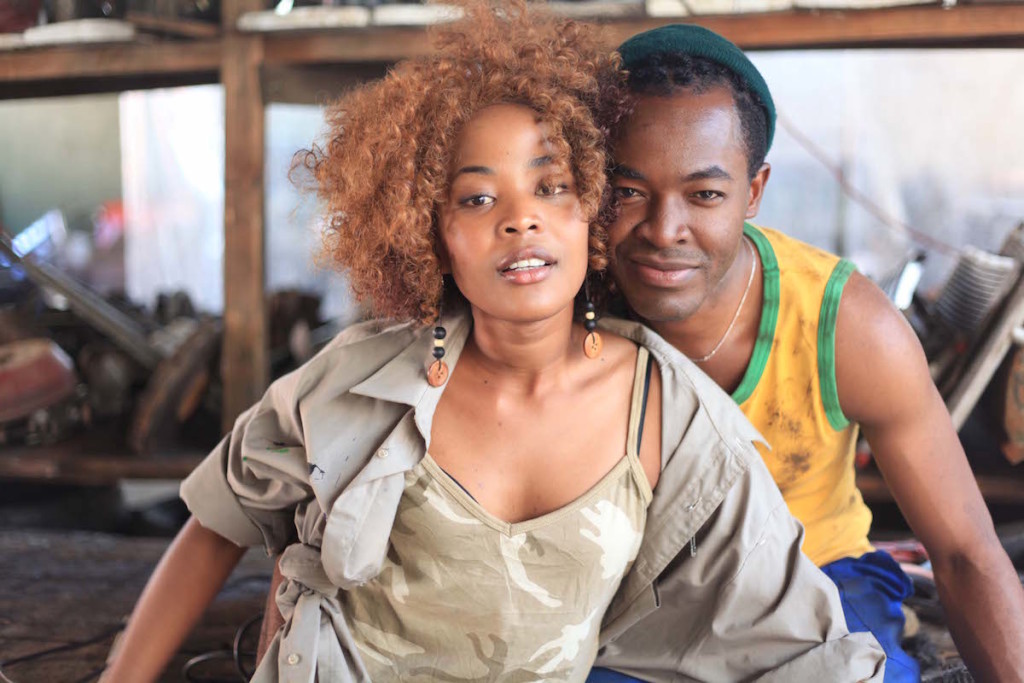 Ayanda by Sara Blecher – 21-year-old Afro-hipster and artist Ayanda (Fulu Mugovhani) is the child of a Nigerian father and a South African mother. Since the death of her mechanic father, she’s been thrown into a world of greasy overalls, gender stereotypes and abandoned vintage cars as she struggles to keep his dwindling garage business afloat. When her uncle announces that the garage is to be sold, Ayanda sees the tangible connection to her beloved father start to fade, and so with the help of her boyfriend David (OC Ukeje) embarks on a new business venture, refurbishing old vintage cars for resale in a bid to save the garage. Ayanda’s own freewheeling inventiveness is an allegory for a modern South Africa in transition, where communities are diverse, ideas flow, and where women have a voice.

A pdf of the programme brochure is available here or view all events on the Film Africa website.

Cross-posted on the Film Africa blog.