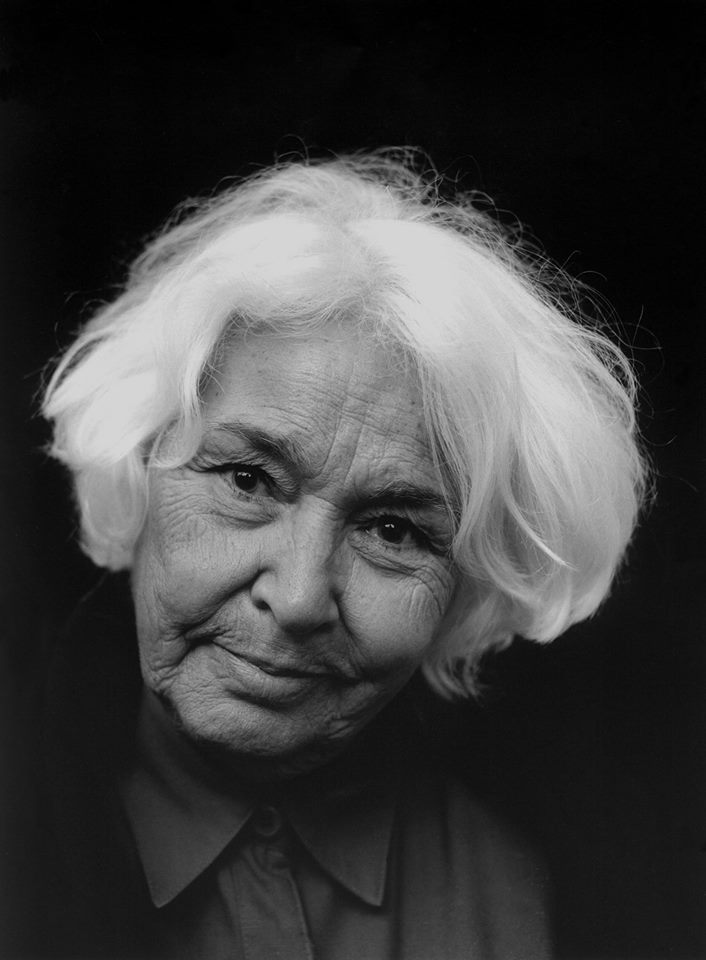 Next month, I will be in discussion with one of my biggest role models, the renowned Egyptian writer Nawal El Saadawi. The impact El Saadawi has had on my work (and my life!) is profound, I intensely admire her achievements as a writer, intellectual, feminist, philosopher and activist. In fact, I live by one of her wisdoms. She says: “Words should not seek to please, to hide the wounds in our bodies, or the shameful moments in our lives. They may hurt, give us pain, but they can also provoke us to question what we have accepted for thousands of years.”

When I first read Woman At Point Zero, it felt like my life would never be the same afterwards. El Saadawi’s writing was like no other writing I’d read. Fearless and uncompromising. But also compassionate, honest and poetic. It changed the way that I saw writing. I’ve since often returned to not only this book, but to the unpretentious and fierce teacher that El Saadawi is to me.

Needless to say, I am terribly excited to speak with her, and Jacqueline Rose who will also be joining us, about women, writing, revolution…That’s on 29 October. I hope to see you there, and/or at some of these other upcoming talks and events that I am contributing to in 2015. Please see below.

Can the hashtag transform Africa? What can we learn from campaigns such as #Bringbackourgirls and #AfricaResponds? Joseph Harker, assistant comment editor of The Guardian, chairs a debate on the role of digital activism, social media and the future of digital journalism in Africa and the diaspora. In partnership with The Guardian newspaper.

PART 2 – AFROISMS I: THERE ARE MANY WAYS OF BEING ONE

International shorts programme exploring the spectrum of Black subjectivity through the lenses of distinct subcultures from the Afropunk and the Afrofuturist to the Afropolitan and the Black Dandy. The programme will be followed by a panel discussion with experts exploring and debating the key polemics within these cultures and asking how far the dogma of the ism can truly define us.

‘Afroisms I ‘ brings together the Afropolitan saupers in downtown Soweto with the artists and designers on the shores of Dakar, Afropunk’s latest offering – Queer Hip Hop from the sidewalks of New York and Afrofuturist Odysseys into the heart of the diaspora.

Our globetrotting film programme explores the full range of black subjectivity as it is today and has always been – vibrant, polemic, creative and diverse. The discussion that follows with get to the heart of these distinct subcultures and ask: how far can the dogma of isms define us? Can the hyper-hetro-masculine Hip-Hop arena make space for the Queer voice? Has the value of the Afropolitan been underestimated?

In a rousing fifth year, the Lights, Camera, Africa!!! Film Festival presents this year’s festival under the title, Future Forward, an assembly of bold and energetic pieces of African and independent cinema that portray the intrepid spirit that characterises the force that propels us and feeds our imperative to go forth, with certainty and to succeed.

We implore you to look very much forward to a wonderful screening programme dedicated to the best of independent African film as well as our family and educational offerings through workshops, panel discussions, talks and family-friendly programming. Plus, you can expect visual, literature and musical showcases, fun after-parties and the very popular Festival Souk during our 5-day fiesta.

To mark the release of beautiful new editions of her classic works – WOMAN AT POINT ZERO, THE HIDDEN FACE OF EVE and GOD DIES BY THE NILE AND OTHER STORIES by Zed Books – Nawal El Saadawi will discuss the issues and themes which have inspired both her literary work and political activism. WOMAN AT POINT ZERO was one of the first feminist novel from the Middle East, and has gone on to sell over 150,000 copies since first publication in 1975.

With Jacqueline Rose and Minna Salami, Nawal El Saadawi will explore the issues of women, creativity and revolt which have dominated her writing, and look more broadly at the prospects for a new radical feminist politics, in the context of the decline of the Arab Spring and the on-going global economic crisis.

Panel discussion, followed by audience Q and A.

Writers, journalists, radio hosts, bloggers and academics from all four corners of the earth will be getting together in Bergen to discuss the world of non-fiction and prose.

Talk synopsis – Nowadays we tend to think of the women’s movement as a regional one. Or, we tend to look at feminism in waves – first, second, third and now fourth wave feminism. And although feminism has gone through many different phases and evolved differently in different places, in a connected world where international politics, modern technologies and popular cultures, as well as religious, ethnic, class and racial factors impact women’s lives in similar ways, there is a need to broaden and engage the feminist discussion across time and region. My talk will address the universality of the feminist struggle, it will look at tensions but also new solidarities shaping between African and western feminists.