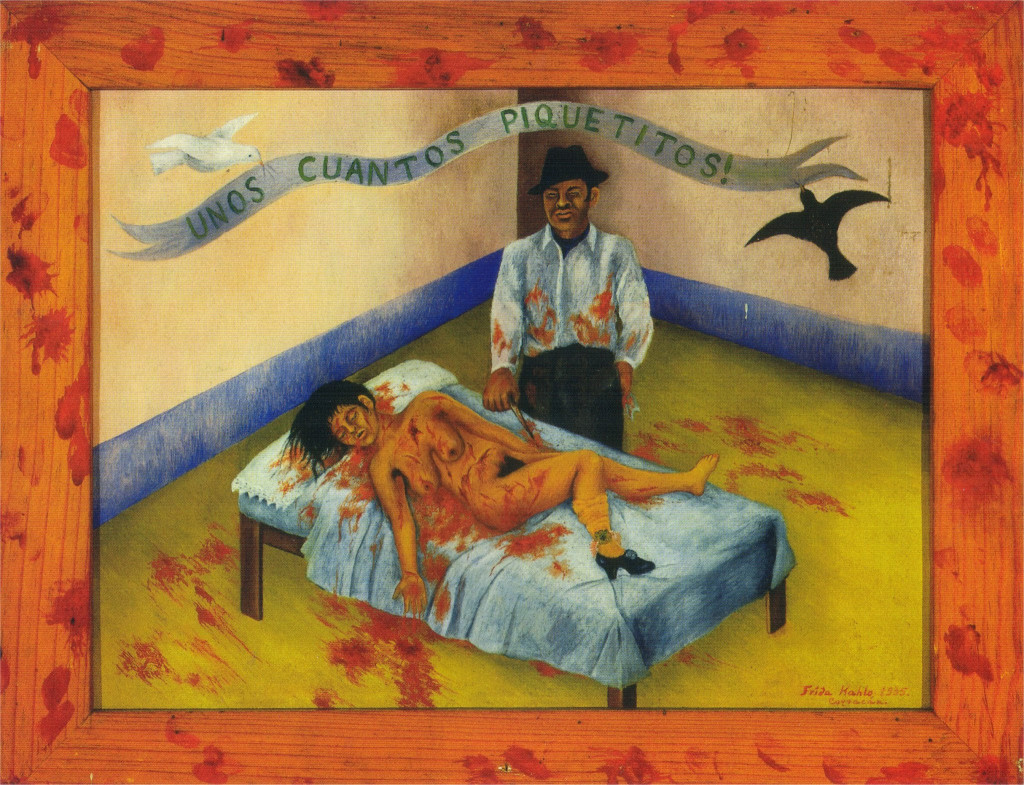 It is shocking how common stabbing to death by men is a cause of death for women.

The percentage of men who believe that husbands are justified in violating their wives is chilling across the African continent too. For instance, in Uganda 44% of men think it is okay to beat their wives for burning their food, going out without asking them or saying no to sex with them. In Congo, the percentage is 62% and in the Central African Republic it is 75%, all according to the think-tank Afri-Dev.

Basically, from Asia to Europe to America to Africa, brutal violence against girls and women is deeply ingrained into global culture.

In Unos Cuantos Piquetitos (A Few Little Pricks), a 1935 painting by the Mexican celebrity artist, Frida Kahlo, she depicts perfectly, if with horror and repugnance, the bloody nature of the violence that women experience at the hands of men. A Few Little Pricks is a visualisation of an actual incident which took place in Mexico, when a man, having stabbed his partner to death in an act of jealousy, defended his actions with the words, “But it was just a few little pricks!”

Passion is the bridge that takes you from pain to change.

It is no wonder that her art both emboldens us and forces us to see what we otherwise so willingly ignore.