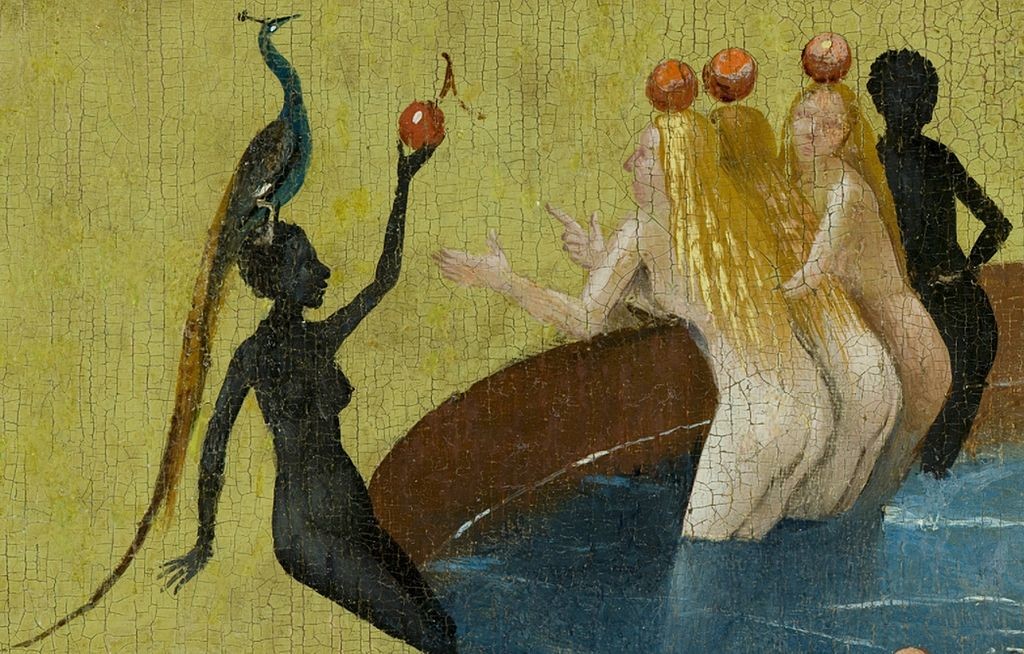 The western world has for a long time tried to distort and demonise African womanhood. From historical art to modern day icons such as Serena Williams, there’s no doubt that a campaign to demean black beauty is ongoing and far-reaching.

However, western history is also sprinkled with appreciation of the beauty of African women, particularly dark-skinned African women. In short, while negative depictions of African women have always been dominant in the west, they have not been unchallenged. There has always been a simultaneous awe of black women’s ethereal beauty. In fact, in some of the oldest representations of African womanhood in the west – black at the time being the colour of divinity, earth and fertility – women of dark hue from the ancient kingdoms such as Küsh, Meroë and Nubia, were valued as especially beautiful and feminine.

In my view, and judging from the incomplete but nevertheless fulfilling research that I have done, no single art piece in the western canon quite demonstrates the historical value of dark-skinned African femininity as magnificently as The Garden of Earthly Delights painted by Hieronymus Bosch (centre panel pictured, full image via link). There amidst same – as well as mixed race couples in sensual embraces – sits by the corner of a pool, a black goddess. She wears a peacock (a symbol of beauty) on her head and she holds an oversized cherry (a symbol of sensuality) in her left hand. Her presence surpasses that of the other beauties in the painting by far. She is a raving beauty of cosmic measure.

Favourable depictions of black beauty can also be found in remnants of European culture such as the black Queen of Sheba portrayed at the monastery of Klosterneuburg in Austria, the Black Venus, or the shield of Kirchberg, which portrays a female black deity holding a lily stalk. In the Historiated Bible in Dresden, Moses begs an African femme fatale to be his wife “in the Land of the Blacks”. Similarly, the Krumlov Compilation in Prague depicts the black bride of the Song of Songs; a gracious, elegant African woman who in the Bible says

I am black, but comely, O ye daughters of Jerusalem, as the tents of Kedar, as the curtains of Solomon.

In the 15th c, a layman, Hans Vintler, began a campaign to taint the positive image of black female royalty by claiming that, “King Solomon had lost his mind because of a black temptress.” His text was accompanied by an illustration, Die Blumend der Tugend, showing Solomon worshiping an idol. A black woman with flowing hair and a deviant glare is positioned in front of him to indicate that she, not he, is guilty of luring Solomon to such ‘ungodly’ worship.

Vintler’s accusatory contribution was a disaster for African heritage womanhood in the west. Afterwards, a negative symbolism became increasingly attached to women of African heritage. By the late fifteenth century the vicious racist stereotypes that still play a key role today were cemented.

I’m not suggesting that distorted images of blackness did not exist prior to “Vintler-gate”. To claim so would be wrong. However, what is clear is that both prior to and after Vintler-gate, in order to view art where African women were portrayed powerfully, sensually or both, you had to look elsewhere.

And so it remains. Add to this that from the moment a baby is born female, her perceived prettiness or lack thereof, which is to say how desirable-by-men she will become, determines much of her self-perception.

As I argued in the documentary series, “Pretty”, there are three types of beauty: political, superficial and genuine. As far as political and superficial beauty (the types of beauty that the majority of people engage with) are concerned, women trade in the currency of beauty because it ‘buys’ them desirability. The more men desire you, the ‘richer’ you are.

But real beauty, like real love, is indefinable, immeasurable and incorruptable. When you are hit by beauty, you feel it in your soul, and while our bodies may be politicised in racialised and gendered ways, our souls per definition are not. So which type of beauty will define your world?