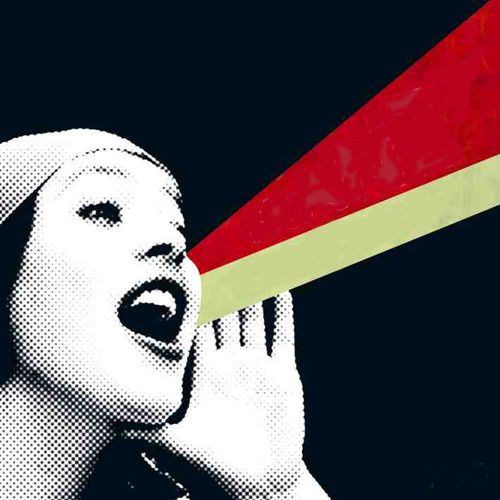 The motive of World Press Freedom Day is that

Everyone has the right to freedom of opinion and expression; this right includes freedom to hold opinions without interference and to seek, receive and impart information and ideas through any media and regardless of frontiers.

It’s a right which is hardly upheld across the world.

Rights and press freedom came to the forefront this week due to the PEN/Toni and James C. Goodale Free Expression Courage Award being awarded to the French satirical magazine, Charlie Hebdo, for its “dauntlessness in the face of one of the most noxious assaults on expression in recent memory.”

As you would expect, not everyone was happy about the decision. Over a hundred writers signed a letter protesting the PEN award which they argue “intensifies the anti-Islamic, anti-Maghreb, anti-Arab sentiments already prevalent in the Western world.” Six of those writers – Teju Cole, Taiye Selasi, Rachel Kushner, Michael Ondaatje, Peter Carey and Francine Prose – also declined an invite to an annual PEN  gala due to the award.

My view is that Charlie Hebdo is deserving of the award. It is an award for courage, which is a quality that they have displayed. Despite the murderous attacks, the publication continues to publish satire in accordance with its ideological views. To be sure, these are views that I may not share, but it takes courage to stand by them after what happened in Paris in January.

At the heart of the divisive debate are questions such as: is what we think of as freedom of speech truly free? Is the west, or France to be specific, in a position to proclaim freedom of speech as a value despite infringing on people’s freedoms around the world? Should we ignore how a culture of oppression informs the very culture of freedom that the west claims to champion?

The answer to those questions are no, no and no. Freedom of speech, as referred to in European contexts, cannot be entirely separated from tyranny, slavery, patriarchy and imperialism. From the ancient Greeks to the modern-day French, freedom of speech in Europe has never been a human right, inasmuch as it has been a right of indigenous European, well-to-do, land owning adult males. Charlie Hebdo is undeniably an heir of this ethnocentric, privileged white male dominant lineage.

If I were on the PEN award jury my nomination would go to political bloggers around the world who put their lives at risk to voice the unspeakable. The Reeyot Alemus, Yoani Sanchezes, Dawit Isaaks, Aliaa Elmahdys, Dieudonné Enoh Meyomesses, Raif Badawis and Amie Sillahs. The journalists and bloggers who write anonymously to stay safe. Who have to go undercover. That are in prison. Who are dead. You are true heroes and heroines. Here’s a Bambara praise poem dedicated to all of you as well as to all writers who have lost their lives to religious fundamentalism, both in the west but above all in the Arab world.

Praise of the Word

The word is total:
it cuts, excoriates
forms, modulates
perturbs, maddens
cures or directly kills
amplifies or reduces
According to intention
it excites or calms souls.