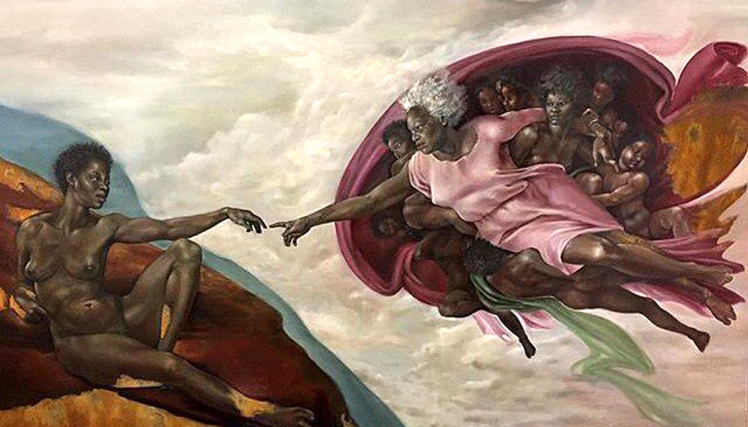 Across the country, students have been “dismantling the master’s house”. They weren’t smashing their principals’ offices, but rather demanding a revision of their predominantly white, predominantly male curricula. From UCL to LSE to York, Warwick, Nottingham and Kent, the student-led campaign “Why Is My Curriculum White?” has attracted thousands of people concerned that the course content at universities across the country reflects white dominance and under-represents black people.

It is about time too. The demographics of Britain are changing. Ethnicity, religion, heritage, language are increasingly part of the national discussion. Universities play a key role in shaping thought and policy that can relieve current tensions, and foster a culture of justice and equality. However, they can only do that if they themselves are just and equal.

Critics of the campaign argue that it undermines academic freedom; that all knowledge is of equal worth; that students ought to transcend cultural background in the interest of expanding knowledge; and that there are very good reasons why a philosophy, economics or history curriculum might be full of the works of dead white males. Very good reasons indeed: some of these include the systemic killing of female philosophers, massacres of some of our earliest thinkers such as the Aztec; and the destruction of ancient African cities that illuminate the thinking of old civilisations.

That is not all. When it comes to philosophy, for instance – a particularly important discipline as our world is built on ideas – the work of white males, dead or alive, dominates the field. This is not simply because white males have contributed profound work, but also due to the glaring yet tacitly silenced relationship between power structures and knowledge. This is why philosophy professor Angela Davis’s complex body of work on the social justice system has not influenced contemporary philosophical studies on prisons in the way Michel Foucault’s work on the same topic has. Or why the Ethiopian philosopher Zera Yaekob, who long before Nietzsche declared that “God is dead”, daringly criticised organised religion in his 1667 treatise, Hatata, where he also said: “He who investigates with pure intelligence … will discover the truth.” But despite promoting reason in this way, he is not dubbed the father of modern philosophy, Descartes is.

It is why Oriki – in short, performative, spiritual and philosophical African “praise poetry” about a plethora of universal topics – are considered mythological, while Homer’s mythological epic poem, The Iliad, is philosophy. And why everyone is familiar with philosophers such as Montesquieu, Machiavelli and Marx, but not Ibn Khaldun whose thinking about everything from the physical environment to cultural history to social bonds was pioneering.

In short, it seems that when a white male thinks about the meaning of things, any things, it is philosophy, while philosophers like those above are rarely discussed in British universities.

To be sure, we should not dismiss white, western, or male thinking simply on the premises that it is white, western, or male. The pursuit of knowledge should strive to transcend culture and ethnicity – an Indian philosopher is not necessarily better suited to explain the world to an Indian student simply because they share the same nationality. But that is not the point.

The point is that to imagine that only white men engage in the pursuit of knowledge – as the current syllabi imply – is ludicrous. One man’s “cogito” is another’s “white mask”, if I may be existentialistic. What is referred to as “philosophy” in British universities is actually “white western male philosophy”. And, frankly, it is often myopic and verbose. As one of Europe’s important philosophers, Michael McEachrane, says: “Modern philosophical concepts of personhood, human rights, justice and modernity are deeply shaped by race.”

Imagine a future where a student interested in, say, humanism, encounters a global range of thinking on the topic and not a narrow, regional one. Such a creative, fertile environment is not only possible but it is the only one that can return philosophy to its worthy purpose, namely the investigation of all human existence.

Image is Creation of God by Harmonia Rosales