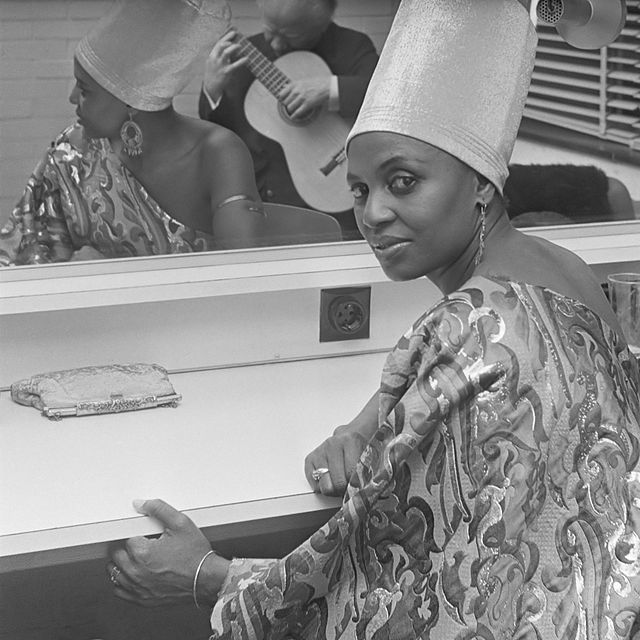 Today, 4 March, is the birthday of the unforgettable Miriam Makeba. To honour her memory I am posting a selection of my favourite songs by seven sensational South African singers who, like Makeba, embody/embodied the spirit of feminist pan-Africa and the African femme fatale.  Pata Pata!

And… [insert drum roll]… Queen Mother Makeba herself singing a strong, sultry and sensual samba, “Chove Chuva”, at Berns in Stockholm. This is GOLDEN.

If you want to listen uninterrupted, here’s a playlist with the seven songs.