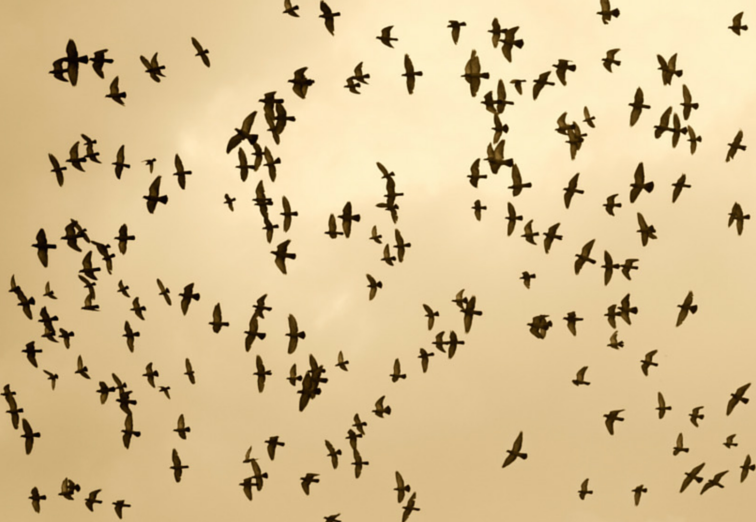 In the lead up to International Migrant’s Day, which took place on December 18th, Commonwealth Writers joined the migration debate by running brief stories by writers about their own migrations.

My contribution is titled “Migrating to Myself” and you can read it on the Commonwealth Writers blog.

It was good to read reflections of other African women in the series too; Chika Unigwe, Leila Aboulela, Nadifa Mohamed, Irenosen Okojie…

In addition, I wanted to share the three related excerpts below.

The first is from Warsan Shire’s “Conversations about home (at a deportation centre)” published on Our Africa.

They ask me how did you get here? Can’t you see it on my body? The Libyan desert red with immigrant bodies, the Gulf of Aden bloated, the city of Rome with no jacket. I hope the journey meant more than miles because all of my children are in the water. I thought the sea was safer than the land. I want to make love but my hair smells of war and running and running. I want to lay down, but these countries are like uncles who touch you when you’re young and asleep. Look at all these borders, foaming at the mouth with bodies broken and desperate. I’m the colour of hot sun on my face, my mother’s remains were never buried. I spent days and nights in the stomach of the truck, I did not come out the same. Sometimes it feels like someone else is wearing my body.

The second is a poignant passage from NoViolet Bulawayo’s ‘We Need New Names’.

Look at the children of the land leaving in droves, leaving their own land with bleeding wounds on their bodies and shock on their faces and blood in their hearts and hunger in their stomachs and grief in their footsteps. Leaving their mothers and fathers and children behind, leaving their umbilical cords underneath the soil, leaving the bones of their ancestors in the earth, leaving everything that makes them who and what they are, leaving because it is no longer possible to stay. They will never be the same again because you cannot be the same once you leave behind who and what you are, you just cannot be the same.

The third is a poem from a section of my likkle poetry e-book titled “She journeys”, which is about my longing for home.

In another life
The river is her pool.
Oresund, Hudson

Are too cold
She swims
The Niger
From one end