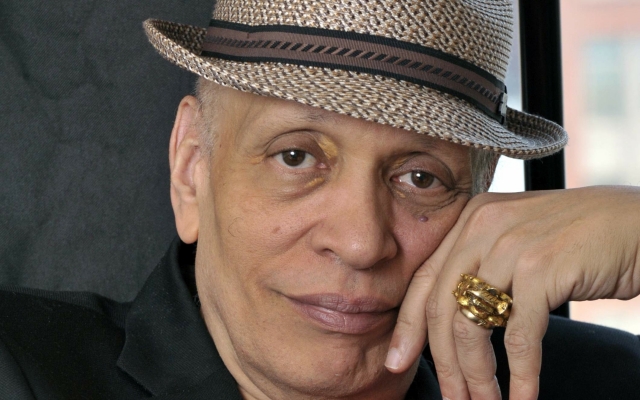 What I especially admire about Walter Mosley, author of 37 critically acclaimed books including DEVIL IN A BLUE DRESS, is that although his novels explore serious matters, they make a light read. In fact, people wrongly think that seriousness is a sign of depth. Simplifying serious matters, which Mosley does skilfully, is often a mark of profound work. In ROSE GOLD, Mosley’s latest novel, which also sees a return of the charming detective, Easy Rawlins, to the literary scene, he does just that. The fast-paced crime novel is, among other things, about the disturbing relationship between African-Americans and the US law enforcement system. Although set in 1967, eerily, the plot that unfolds could equally be in today’s America. I asked Mosley’s what he thought about this via email.

ME: ROSE GOLD deals, among other things, with police brutality against black people in 1960s Los Angeles, and although it is a work of fiction, I read in it some of the best descriptions of white privilege and black pain that I’ve read. Could you say something about these two things – white privilege and black pain – and whether things have changed today.

MOSLEY: Easy’s experience of racism in Los Angeles in the late 60’s is the explication of the murders and subsequent rioting in the streets of the 21st century United States.  What happened to him still happens to his heirs.  Young black men are still gunned down for their rage.  Prison has taken the place of literal slavery and prejudgment governs our courts, our police departments, and the expectations of our leaders.  The proof of these claims is that the heirs of the European colonizers of North and South America who still believe that there is such a thing as a superior, or at least separate, white race.  They are unaware of the fact that slavery, genocide, and the ultimate racism that arose from these early colonial practices created a notion of the white race.  This color scheme is just that – a scheme to justify the oppressive political economy of the west.

ME: The novel reflects a world where black life seems disposable to the American law enforcement system, and reading it during the (at present) ongoing situation in Ferguson, I found the story particularly resonant. What, if anything, can African Americans do to end their communities being so affected by racism within the police?

MOSLEY: Continuing from the ideas I expressed in answer to the previous question I would say that asking what black (and all so-called non-white) people should do to ameliorate their suffering is missing the point.  The issue is that the so-called white race needs to understand that this notion (being a singular different race) is, at best, an evil metaphor and that once they release their desperate grip on this erroneous self-definition then the effects of racism will have no bases in the real world.

ME: I’ve come across commentary on the situation in Ferguson arguing that police brutality in Ferguson is more about class than race, do you agree or disagree? 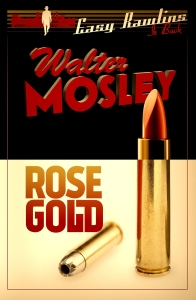 ME: You are a master of creating fictional black male heroes and I’m sure many young and older black men alike are profoundly inspired by your characters. But whom were your heroes growing up? What about today, any people we should be watching out for?

MOSLEY:  The people are my heroes; pedestrian, everyday labourers and fellow citizens; my black father Leroy Mosley and my Jewish Uncle Chaim Zetel, my friends from Sicily, Ghana, and Japan.  I don’t believe in leaders.  I believe in democracy and human potential.  As the great light heavyweight Archie Moore said of Rocky Marciano, “I respected Rocky like I do any boxer: You can never tell at which moment he might burst into bloom.”

ME: In ROSE GOLD, descriptions of the domestic space are quite elaborate. Easy Rawlins is a man who enjoys matters of the home such as cooking, gardening, family life and so on. What do you think of the intersection between masculinity and domesticity, considering that these two terms have not always been bedfellows.

MOSLEY: Poverty makes people great gardeners, cooks, and tailors.  If you can’t buy a shirt you learn how to sew.  And if you make your own clothes that job rises in importance.  A man (or woman) who learns how to survive by their own labors learns to love those labors and define themselves by them.

Rose Gold is published in hardback by Weidenfeld & Nicolson.