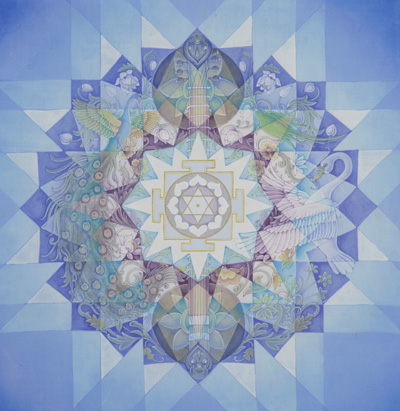 Contemporary exchanges, on- and offline, often claim to be encouraging dialogue. Especially analyses of race, gender, sex, pop culture, identity, nationality, religion and so on. Yet, while many indeed claim to encourage dialogue in theory, in practice few have understood the point of it at all. Dialogue has become a platitude. Whether it’s feminism, Afropolitanism, racism, religion, migration, multiculturalism, hashtag activism, globalisation, you name it, there is an aimless – at best – and at worst, a dangerously aggressive energy which marks communication today.

In the vein of inviting conscientious thought around whether there can be a congruence between understanding dialogue and encouraging dialogue—to the extent such an aim actually prevails—here are some thoughts on the matter.

What is dialogue then?

Above all, dialogue involves uncertainty. It is an investigation of something you do not know with one or more persons who also do/es not know. Dialogue is therefore a risk: rather than pounding yourself on the chest because you are so intensely extraordinary, or, wanting to pound someone else on the head because they are so agonisingly ordinary, dialogue rarely goes according to plan. Dialogue is three D’s; Delicate, Difficult and Desirable. If you are lucky, dialogue will turn some fix idea you have on its head and you will be wiser for it. Dialogue is not anti-anything, good people. As F. Scott Fitzgerald said, it is a good thing to believe strongly in two contradictory ideas, it makes you question the shit around you. (That was a paraphrase, by the way.) Put simply, dialogue makes you see the world differently.

It follows, then, that the question to ask, that is if the aim is indeed to encourage dialogue; is—Are you willing to see the world differently or would you in fact rather see it as you always have, your way or the highway?

Moreover, dialogue is art. If you want to be good at dialogue, you have to train at it extremely carefully. Just like you can’t paint like Wangechi Mutu simply because you got a paint brush, nor do you know how to dialogue simply because you can talk. It seems to me that the best way to learn the art of dialogue is to become an expert at listening. By expert, I mean hearing even the whispers around you. Solutions are often uttered very softly. So much of the pain that humanity is grappling with has to do with our inability to listen; to hear what really, truly is being said.

There is a Finnish proverb that goes, ‘One word is all it takes to make a lot of trouble’ meaning by all means talk, but talk carefully. Similarly, the Hindu goddess of knowledge, Saraswati (whose yantra is the picture I used for this post), embodies the art of dialogue by encouraging us to seek knowledge artfully. And, one of the most beautiful spaces for dialogue, the literary salon, was created by French women in the 17th century who sought to intimately discuss the relationship between private and public life.

I am wondering if evoking the effortful ambience of a literary salon, or the divine energy of Saraswati, or the curious nature of the human mind, could help craft a contemporary approach to dialogue. Why? Well, to enhance a more beautiful, intelligent world.

I for one long to keep learning to dialogue. That is where my mind is at.  It’s not easy. But I’m *listening* more than talking nowadays.

So, in the spirit of dialogue, pick a hot button issue in your mind and consider; is there a difference between dialoguing and debating said issue and is it important to cultivate both? If you share thoughts, I’ll be delighted!

For more on dialogue, I recommend Bohm Dialogue, Socratic Dialogue, Pedagogy of the Oppressed and *listen* to Lauryn Hill’s ‘Oh, Jerusalem’. Peace.