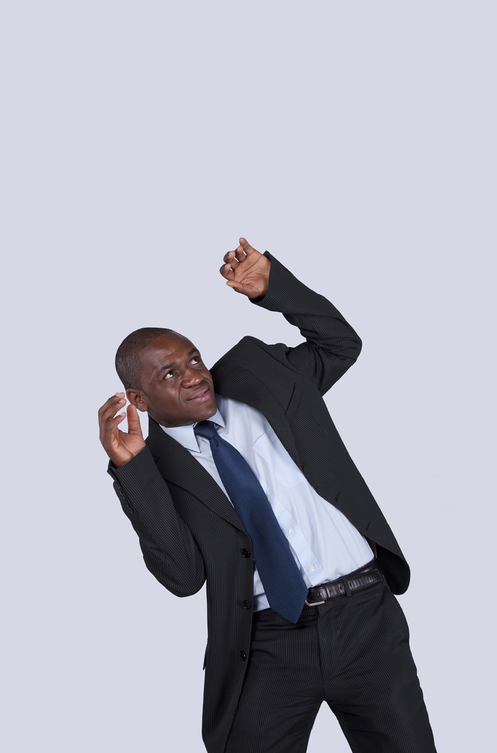 On a flight to Lagos last week, a woman with a terrible chesty cough and feverish eyes sat a couple of seats away from me. Unlike many a public transportation commuter, the woman was considerate; she covered her mouth when she coughed and it was evident that she was trying to cough as little as she could despite her condition. Yet passengers around her seemed uncomfortable. A woman sitting next to her asked to be shifted to another seat, for example. Even the short-staffed cabin crew seemed a touch uncomfortable.

We were, after all, flying to a city that had just confirmed its first case of a disease, Ebola, that as far back as I can remember has been labelled one of the world’s deadliest diseases, even worse than AIDS.

I too felt uneasy. Whenever the woman coughed I jerked my face toward the opposite direction so fast I almost caught whiplash. Would I behave in this way under pre-Ebola circumstances? Perhaps, but admittedly other people’s health, or lack thereof, is of unusually high interest to me at present.

In Lagos too, the worry is apparent. Pamphlets about precautionary habits are being handed out. Hand sanitisers are sold out in pharmacies. People are being advised to avoid shaking hands with others. Even the legendary miracle healer, pastor T.B. Joshua, suspended his “healing” services to avoid spreading the virus. But also, as Nigerians tend to do when situations seem unbearable, there are light-hearted jokes about the ridiculousness of the frenzy.

It terrifies me to think what might happen if Ebola were to spread rapidly in Lagos, a city with near anarchic infrastructure and poor health care facilities which doubtful could cope with a mass outbreak. On the other hand, it is reassuring to see how proactive Lagosians are about preventing such an outbreak. This type of attentiveness and care is reflective of a city whose inhabitants, despite it all, are dedicated to making it a safe one. Moreover, Ebola does not spread rapidly. As The Guardian reports, “around 400 new cases were reported in June, and a further 500 or so in July. This is a linear spread, meaning each person at present is infecting on average around (actually just over) one additional person.”

So here’s the thing. What should be a real concern to not only West Africans but also to people everywhere is how efficiently, if unintentionally, the media can cause epidemic hysteria. Sociogenic hysteria of this nature is an extremely dangerous psychological state known to cause social disorder and havoc. Although Ebola has no cure yet, at least not for Africans, and although the infected and their loved ones have suffered incomprehensibly from this unprecedented outbreak, it is worth remembering that since February 2014, 887 people have died of Ebola while 300,000 people have died from malaria and tuberculosis has claimed 600,000 lives in the same period of time.

Where is the media frenzy about that?