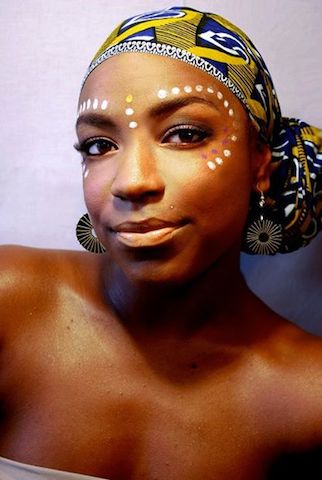 Two years ago, when I returned to my home country, Liberia, I anticipated many challenges. I understood that my transition from the sleek streets of midtown Atlanta to the dusty roads of Monrovia would be quite significant. Like many repatriates before me, I arrived full of hope, regardless of the instability of electricity, or the lack of what I considered to be basic amenities, or the delicate politics of being an African woman raised in the West and rooted in Africa.

I was prepared for those tests. I did not prepare for Ebola.

In case you’ve been living under a rock, West Africa, more specifically Liberia, Sierra Leone, Guinea and Nigeria are in the throes of an Ebola outbreak. Let’s get elementary about this. What exactly is Ebola? According to the World Health Organisation, the Ebola Virus Disease (EVD) is a severe, often fatal illness in humans. The virus may be acquired upon contact with blood or bodily fluids of an infected animal (commonly monkeys or fruit bats) or infected humans. Symptoms typically include fever, sore throat, muscle pains, headaches, nausea, vomiting and diarrhea followed by decreased functioning of the liver and kidneys.

In a nation where the national handshake and double kisses are standard greetings, Ebola is deadly and highly contagious. Sadly, we haven’t been acting like it is until now. In March 2014, the news hit Liberia that Ebola had seeped over from the Guinean border to nearby Lofa County, Liberia. The mistake, I believe we all made then, was underestimating how severe the outbreak would become.

The West African Ebola outbreak is the largest recorded outbreak of EVD in history. Based on the pattern of the disease many believed that a few hundred would die (less than 1% of the population) and the disease would pass. We are now at about 1,000+ deaths and counting.

We made a fatal mistake. I say we because since the first cases, I have traveled, worked, partied and pretty much lived my life normally as hundreds began to die, most of which were health workers that sacrificed their own lives in an effort to save others. In retrospect, I wonder, how did we let things get this out of hand? Our human nature of not caring because it’s not you or yours, that selfishness, is I believe how.

Liberia has a history entrenched in classism. In 1847 when the American Colonization Society brought “home” freed slaves from the Americas, they did not consider the indigenous Liberians that never left. These indigenous Liberians endured many of the horrors that were bestowed upon their fairer skinned brothers and sisters in the West. Since then, we have seen a civil war founded in that lingering injustice and, sadly,  I still have spirited discussions concerning the ill treatment of my friends that do not have my light brown skintone and Irish last name. Ebola, or more specifically our reaction to it, highlights classism in Liberia. That we would continue our lives as mostly indigenous and poor Liberians died is shameful.

This lesson in communal responsibility and humanity is one that I will never forget. It’s a reminder to always act when my community is under attack, even if it is not perceived as affecting me.  If not for compassion, then to protect everything I hold dear because I have learned that no one is an island.

As much as we like to believe our socioeconomic status, degrees, insurances and savings accounts can keep us safe, they really can’t. Every single person I know in Liberia, from ministers to housekeepers, have been affected by this outbreak. My assistant, for example, expresses the same anguish as me when discussing how our nation is under a three month state of emergency causing the government and schools to be shut down. The already slow progress towards a better Liberia has basically come to a halt.

Not contracting the disease is only half of the battle. I’ve watched in tears as this disease has separated and tossed my family and friends around the globe and ravished saving accounts and investment opportunities in evacuation efforts. What about those that cannot leave? What about the emotional toll of loosing your entire family and having your life completely uprooted and on hold for an unforeseen amount of time? What about the tension and possible unrest that Ebola can cause in a post conflict nation?

Hopefully, all is not lost. Perhaps the outrage we currently feel will result in action. Maybe the unity against Ebola could turn into unity against poverty and corruption in our beloved nation. Could we be better after Ebola? I truly hope so. As I am mandated to wash my hands with chlorinated water and have my temperature taken to even enter my workplace today, I pray that we are learning from this and can be better in our tomorrow.

From the founding of the Republic of Liberia, the nation has been tangled with classism. Ebola further exposes this struggle. The question is, will this devastation inspire us for better or worse?

Nykita Garnett has been writing and singing her way around the world for most of her life. A native of Liberia and citizen of the world, she is a believer in the power of words and music across cultures. Ms. Garnett is a classically trained vocalist with a Bachelor of Arts in Journalism and Multi Cultural Studies. She provides various progressive entities and publications diverse content, media leadership and creative direction.