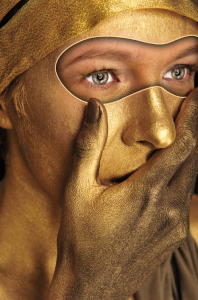 The majority of Europeans take for granted that the EU was set up to create peace and stability in Europe. After all, the EU won the Nobel Prize for “advancing the causes of peace, reconciliation, democracy and human rights”.

Yet this fabrication of the truth would make Alfred Nobel do a triple turn in his grave. The formation of the EU was, and to a significant extent remains, hardly motivated by an agenda of peace, but rather – as an upcoming book titled “Eurafrica” proves – by an agenda of greed and power.

Written by Stefan Jonsson and Peo Hansen, “Eurafrica: An Untold History of European Integration and Colonialism” as its full title goes, reveals that a key motive in forming what is today known as the EU was to jointly and deliberately exploit Africa to ensure Europe’s status. This political project was a geopolitical unit called Eurafrica.

But apart from ravenous greed, Eurafrica was also rooted in revenge. The year before it was set up, in 1956, Egypt’s president Gamal Abdel Nasser nationalised the Suez Canal which France and Britain at the time controlled. Aghast and provoked, France, Britain and Israel launched a military attack against Egypt. But the US soon terminated the attack in order to prevent Soviet troops from joining the Egyptian forces (as they threatened to do) and the situation escalating into a third world war. 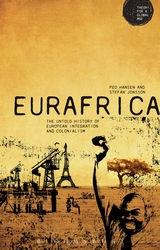 The display of power by the Americans and Russians made it clear to European nations that they were no longer as powerful as they once had been. For Europe to continue to play a key role globally, its nations would need to unite forces. Only problem was that Europe did not have enough resources to make the entity powerful. Eurafrica, however, did.

If Europe was to survive it needed to merge with Africa. Thus, German chancellor Konrad Adenauer (listed on the EU’s official website as one of the organisation’s founding fathers), and French Prime Minister Guy Mollet, among others, drew a plan for a united Europe bound to Africa; one that could compete with the US and the Soviet Union.

Unfortunately for them, a spirit of revolution and independence was brewing in Africa. African leaders such as Kwame Nkrumah and Sékou Touré argued that the Eurafrican agenda was an attempt to stifle looming independence struggles (sparked in part by Nasser’s move), as well as to prevent the formation of an African political organisation. Despite their legitimate objections, Mollet visited the US on a PR campaign to make it clear that “Eurafrica will be the reality of tomorrow” and on 6 February 1957 a New York Times editorial wrote, “It [Eurafrica] is the sort of dream that can become reality and that, perhaps, must become reality if the world is to avoid another and greater holocaust.” Business Week called it (on its front cover) “A new deal for the dark continent”.

By looking at the EU’s not-so-Nobel-Peace-Prize-worthy history, “Eurafrica” establishes that “the EU would not have come into existence at this point in time had it not been conceived as a Eurafrican enterprise in which colonialism was Europeanised”.

It is a meticulously researched and important book that lucidly reaches its argument. Most significantly, the book pulls the EU’s ugly past out of its deliberately obfuscated closet and in to the discourse of anyone who seriously wants to understand the organisation.

Considering that there’s a new scramble for Africa taking place; that much of the violence in African countries today is directly rooted to Europe’s posturing; that black Africans are particularly vulnerable to racial stratification within the EU; that migration policies cause thousands of African deaths at Europe’s borders each year; and that despite all this, political parties whose core constituencies are attracted by xenophobia, islamophobia, misogyny, homophobia and anti-immigrant rhetoric are now powerful thanks to the 2014 parliamentary elections, let me just end by saying: this book. is timelier. than. ever.