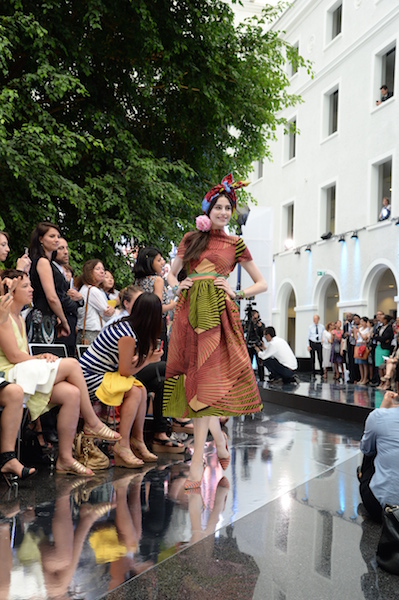 It’s about 6pm on the 12th of June 2014. I’m at the World Trade Organisation in Geneva, a characteristically grandiose European institutional building made all the more incredible by its waterfront view and bright, modern yet noble style. It is the type of space that – bewilderingly – makes you think of both justice and injustice.

Today it is a space evoking the former. Marking the 50th anniversary of the International Trade Centre (ITC), the Italian-Haitian fashion designer Stella Jean is about to showcase her collection, partly produced through her collaboration with ITC’s Ethical Fashion Initiative. From Cotton to Catwalk, as the show is titled, is about to start and the atrium of the WTO is abuzz with excited chatter.

It’s 7pm and the show has still not started. I go upstairs to the dressing room to get an update from Stella Jean. I’ve spent the day in her company, first at a high level panel discussion at the UN, “The power of empowered women”, where she was a panelist and later here. For a woman whose models are not yet on set (in fact they are not yet in the country as their bus broke down in Italy!), Stella is very composed. But of course she is anxious. She need not be, however, I assure her. Guests are busy making new friends and having a great time.

The Ethical Fashion Initiative connects fashion designers around the world with women artisans in African countries (Kenya, Ghana, Mali, Burkina Faso) as well as Haiti. They are not only responsible for the Stella Jean collaborations that we are about to see, but also for connecting artisans in Africa with Vivienne Westwood, Stella McCartney, Karen Walker, and sass & bide to name a few.They are not a charity, however, as they are quick to point out. Rather they facilitate creative, cultural exchanges for trade within the fashion industry. It’s a complicated task I think to myself; writhing in the paradoxes of being too development-y and not being development-y enough, but they are doing a careful and rigorous job. Fashion is an exceptional tool for addressing serious issues such as poverty, gender inequality and racial stereotyping. But fashion is also an art and a language with which we articulate ourselves. The Ethical Fashion initiative gets the balance between these right.

This is when fashion is both beautiful and meaningful.

The show starts. It’s electrifying. It’s got soul. Man, the clothes look like something out of  Francis Ford Coppola’s “The Godfather” if it were cast and set in modern-day, let’s say, Accra. The outfits are retro, warm and tropical. Earthy tones like saffron, mustard and coral mixed with bold reds, aqua blue and yellows evoke a terrestrial but juicy aesthetic. The highlight Burkinabe and Malian fabrics are sophisticated and quintessentially tailored. The models – belted, young, boyish, feminine, well groomed and laid-back stride across one corner of the bright lobby to the other like they were themselves delivering summer. Maybe they are.

At least everyone is smiling. It’s about 8pm. Waves of applauds. Well-deserved applauds. It’s time to take a picture with the designer. 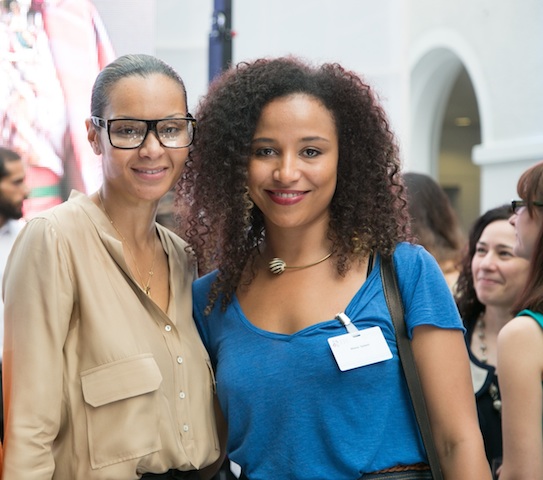