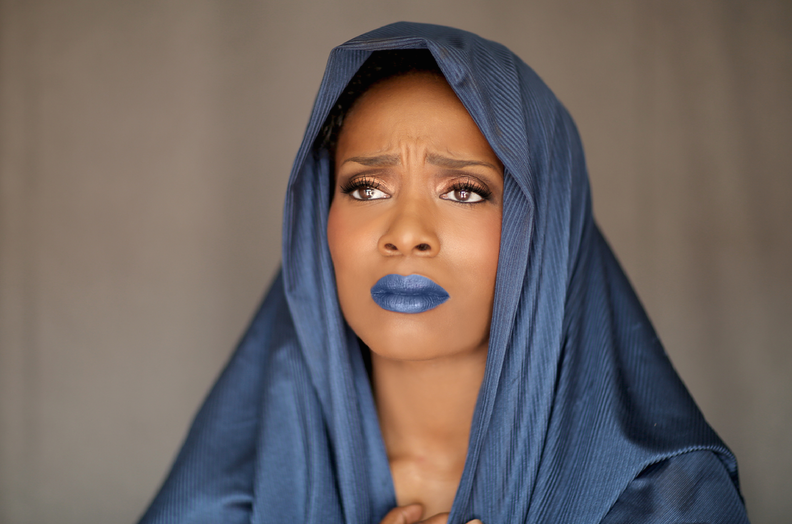 This post is inspired by a piece  CNN published on Wednesday about the Nigerian bride price app, an app/quiz which calculates the marital value of a woman by pricing attributes such as her height, weight, beauty, cooking skills, education and dialect. All in jest, yeah, the app, as the site’s disclaimer says is, “a joke, and that is all there is to it.”

But for Nigerian women it is a joke as costly as an investment with Bernard Madoff. Some examples: women with legs shaped like Beyonce’s or gap-toothed women score more dough than others; women who can’t cook traditional food like pounded yam can make a bargainer of a man (you can always make her take cooking classes later, right?), and while a Masters Degree increases a woman’s monetary value, a PhD lowers it. (Professorship? – forget it if you want to be wife material.) The price value of skin colour that ‘the elders’ (whom the app ‘consults’ for the final bride price) froze my face in a bittersweet expression: while a ‘Lupita’ complexion is worth as much as a ‘half-caste’ – encouraging to see the ‘Lupita effect’ on beauty ideals at least – both, exhaustingly, are worth more than a woman who is ‘dark’.

Modernising tradition through technology is super cool, so I kiiind of get why people find the app positive and funny. I too appreciate that the app sets an example of how old customs can become part of contemporary life. And I dig the innovative spirit of social media marketing with a political twist. Also, the contradictory sense of humour that the bride price app employs is to my taste. Contradictory, because it is a distinctly Nigerian humour which is simultaneously arrogant and self-deprecating. But to claim modernity or insider humour as a reason to gaff at misogyny is something I can’t do and you shouldn’t either.

Why? The bride price tradition goes far back in Nigerian, and much of African, history and reveals a story of enduring patriarchy and uninterrupted patrilineal lineage. Marriage by purchase was the most commonly practiced form of betrothal in historical African society and women were regarded as goods, or gifts. Once married, women were subject to subordination; they carried out the routine work around the husband’s compound, they worked the land (regarded as beneath a man’s dignity). Further, in case of any disagreement between a woman and her husband, her husband’s family, not her own, protected her. When a man died, his wives being his property, were inherited and divided equally by his male relatives with the eldest son having the first choice. In ‘Things Fall Apart’, Achebe’s character Oberika expresses the brides price institution well when criticising another village. He says, “All their customs are upside-down. They do not decide bride-price as we do, with sticks. They haggle and bargain as if they were buying a goat or a cow in the market.”

Additionally, it’s depressing that Nigerians find ourselves at a time where we are simultaneously protesting hundreds of girls being possibly sold as brides by Boko Haram as we are calculating bride prices with an app. In this light, the bride price app is not only unfunny but also in utterly bad taste.

Was Editi Effiong, the young man behind the witty but depressing app, thinking about Boko Haram when he built it? Most probably, no. But he has perhaps unintentionally provided Nigerians with a chance to rethink the flippant way that the bride price is discussed and instead consider the serious predicament of this age-old tradition. Mind you, Effiong emphasises in the CNN piece that the app was developed by a mostly female team. Reading this, I’m reminded of the trite ‘Africans sold slaves too’ argument that white people have often told me in discussions about the transatlantic slave trade. I appreciate one thing Effiong tells CNN, however, which is “But us Nigerians, we don’t take ourselves too seriously.”

This confident ambivalence makes Nigerian humour piquant and ingenuous. The problem is that when it comes to reinforcing a sexist tradition that women – not men – pay the heaviest price for, perhaps we should take ourselves more seriously.

What do you think about the bride price app? yay or nay?