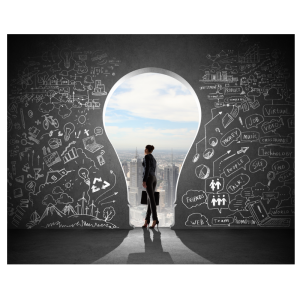 Before addressing the title topic, I just want to share that I have a piece about the abduction of girls in Nigeria at The Feminist Wire this week.

Also this week The Guardian hosted a debate panel on African feminism based on Doreen’s guest blog here on MsAfropolitan. The panel (myself included) answered the question “What does it mean to be an African feminist?”

Whether or not to call yourself a feminist is one of the most frequent questions I get from people. Many women feel that they are down with feminism in theory but they are apprehensive about the label. I can understand that. Beginning to call yourself a feminist is a big decision. Not only is it something that people will judge you by, in some cases, the stigma will hover above you like a ceiling. So while I don’t seek to dissuade women who ask me if they should call themselves feminist, neither do I try to persuade them. Rather I share my own experience, which has like that of countless others, been life-changingly positive.

For most feminists, becoming one is not a choice. You sort of just wake up one morning and think, holy scheisse I am a feminist! HELP! Speaking for myself anyway, I came to the realisation with both certainty and a sense of worry. In fact, I can’t separate being a feminist from being a woman so it would be like having an opinion on my being a woman. Oh wait… At any rate, feminism is not only my political and philosophical home, it’s also a spiritual guide through which I’ve found healing, courage and freedom.

People equate feminism with all kinds of things: man-hater/bra-burner/un-dateable/un-African, you name it. This stigma won’t ever fully disappear. But nowadays the ‘baggage’ of the term also has to do with people not wanting to put themselves in boxes or to label themselves.

However, most people are in “boxes” anyway. It’s funny how people will, for instance, happily call themselves pan-Africanist but not feminist. “I don’t like boxes,” they say. It would be more honest to say that they don’t like the “feminist” box!

The reason I don’t try to convince people that feminism is right for them is because unless they feel enthusiasm about feminism in their very soul, then chances are that as soon as another feminist does something they disagree with, they will start to judge both themselves and that other person. Furthermore, they may then become negative about feminism and become the types of ex-feminists who write articles about “Why I’m leaving feminism” and so on. The truth is they were probably always unsure about the term.

It should be obvious, but not all feminists are good people. Like in all parts of life, you should expect to encounter unsupportive, racist or bullying feminists. But if you are clear about your choice to be a feminist you will find it to be something profoundly rewarding. You will encounter inspiring women and men and discover a plethora of literature, blogs, films and art that you might otherwise missed. Things that used to cause micro-aggressions in your life will begin to make sense. For instance, if your family members pressure you to get married you might feel frustrated, naturally, but you will also know that it’s not that your family think your sole worth lies in you becoming some man’s wife, but that they are abiding to the reigning patriarchal ways of seeing. Basically, you will have suitable tools to process things that happen in your life with.

It’s worth considering these things if you are at a crossroad, wondering whether or not you are/should call yourself a feminist. You will gain much from taking a balanced view of the challenges, as well as the joys, of being a feminist.

Can you relate to any of this? Anything I missed?