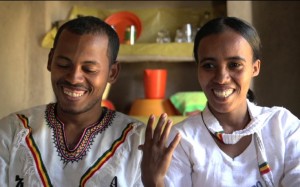 If I were an alien visiting our planet this week I’d think, “Whoa, how’s that for a mess, one half of the species trying to annihilate the other half!”

We on earth don’t see it that way ourselves; or we would be in revolution against misogynist warfare. Yet an eye that has not been conditioned to normalise the widespread, centuries-long abuse of women would be thoroughly shaken by all the vitriolic news this week where, to name a few incidents, hundreds of girls remain in the custody of Boko Haram; a woman was stoned to death by her family because she married someone of the wrong – wait, yes – religion (religions that are supposed to be about love, peace and tolerance, mind you); another woman gave birth to her child in a prison she is being held in because the father of the child does not refer to god as Allah; two girls were raped, killed and HUNG on a tree like trophies by a group of young men; and, as if that was not enough for the womenfolk of earth to bear this week; a young privileged asshole went on a killing spree because no sane woman – surprise, surprise – wanted to have sex with him.

So when I met filmmakers Serdar Ferit and Paulina Tervo to watch their interactive documentary about an egalitarian village in Ethiopia, Awra Amba, I witnessed a story that was not only fascinating and well-made but also restorative and encouraging amidst the gloomy news.

There are numerous incredible things about Awra Amba, a rural community in Northern Ethiopia. It is a society where democracy prevails, where poverty is overcome, where the elderly and the young are looked after by all and where religion is “not about building churches and mosques but about seeing God everywhere”. As one of the villagers puts it, “Education is our faith”. Yet it was Awra Amba’s views on mutuality and social relations – men and women are viewed as 100% equals in the village – that particularly brightened my week.

Awra Amba, which roughly means ‘city above a hill’, was created forty years ago by Zumra Nuru, a visionary farmer who since childhood had questioned why men abused power against women. When Nuru founded Awra Amba, he was led by the simple conviction that things needed to change. He could not read nor write, but he was very much able to think, and above all, dream. And he dreamt of a world where men and women were equal and where people together actively sought to build harmony. Armed only with big ideas, he gathered nineteen like-minded young people and together they created a manifesto for a new way of life and founded Awra Amba. Today the village has nearly five-hundred inhabitants, work is distributed according to skills rather than gender, women’s and maternal health is respected and protected, marriage below the age of nineteen is not allowed and girls are encouraged and supported to go to school. Decision-making, work and profit are distributed equally and progressive democratic values underpin the community’s day-to-day life.

As one might expect, the journey has not been easy. Challenging deeply engrained traditions in a patriarchal society, Zumra Nuru and his friends quickly became unpopular with surrounding villages and the government. They’ve been subject to attacks, driven out from their village and Nuru has been imprisoned. Despite these challenges, he remains committed to fulfilling his dream and forty years later the progressive ideas that started as the product of his wildest imagination now form the foundations of a thriving community. One where women are viewed as equal to men and are involved in every element of decision making both in the home, work and the community.

The Awra Amba documentary is being finalised but when it launches it will be of much value. People around the world can learn a lot from this small yet revolutionary community where education, healthcare, elderly care and equality are actively encouraged. Its interactive format brings you as close to the village as you can get virtually. You can ‘enter’ huts and meet some of the residents of the village, chat with them and learn about the community’s way of life through clips, interviews and infographics.

Find out more here, including how to support the Awra Amba project here: https://www.visitawraamba.com/ and share thoughts below, what do you think of Awra Amba?