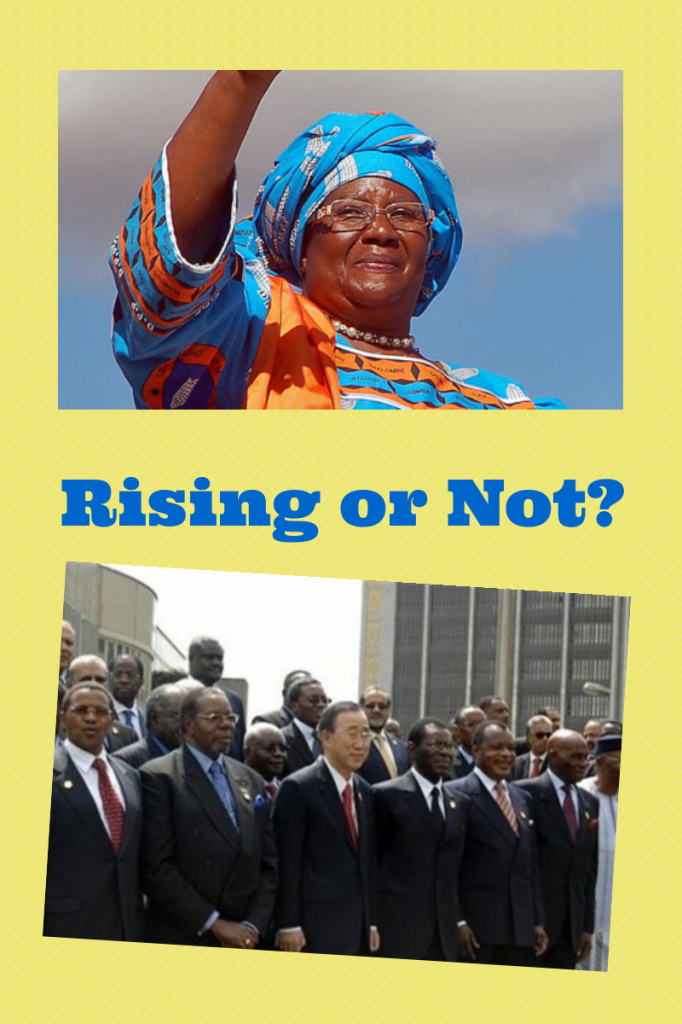 Last month, a group of circa 40 women gathered in Banjul, Gambia for a transformational feminist leadership workshop organised by Women Living Under Muslim Law (WLUML). I was one of the trainers at the weeklong workshop; my sessions were about using communication for feminist advocacy.

During the week we discussed, among other things, culturally justified violence against women; the rise of political Islam; women’s participation in law and constitution building and, of course, political leadership. I returned to London from Banjul feeling encouraged and invigorated by the workshop. The feminist activists, both the trainers and participants, left no doubt in my mind that African women are rocking the boat in the 21st century! To be an African feminist today is to be part of a powerful, determined and sisterly force.

Yet while the WLUML workshop was an example that there is no shortage of courage among potential women political leaders in Africa, is women’s political participation in Africa truly rising as many suggest? Sure, it certainly seems the time of the African woman leader if ever there was one.  There’s Rwanda, for instance, where an incredible 64% of MPs are women, and generally Africa has made good use of quotas for women in parliament. There are three female heads of state in Africa (Ellen Sirleaf-Johnson, Joyce Banda and Catherine Samba-Panza) and the AU chair, Nkosazana Dlamini-Zuma, is a woman.

Yet as study upon study shows, women remain at a huge disadvantage compared to men, not only in leadership but in all the institutions that create leaders. There’s a wide gender gap in education, the workplace, traditional institutions, income and in the private sphere. Women face both structural obstacles and capacity barriers to participating in political life. They do not enter political life either as leaders or even as voters to the extent that men do. Furthermore – imagine this – support for women as political leaders has actually decreased from 2005 to 2012 in the majority of countries surveyed in a recent study by Afrobarometer and only nine African parliaments have reached the 30% benchmark of women in parliaments.

To add salt to the injury, in 2012, an in-depth global analysis of gender equality showed that women in Sub-Saharan Africa faced the highest level of discrimination in the world.  Whether to do with issues in the private sphere such as domestic violence, marital rights, inheritance and FGM, or, in the public sphere such as lack of access to healthcare, public space and political power, women in African countries were found to be confronting major challenges with gender inequality. Add to this that legislature is becoming increasingly blended with religion in many societies, which has a negative effect on women’s lives. Some examples are the stoning of women in Nigeria, bill on indecent dressing in Uganda and FGM still not being illegal in many countries.

It is not my intention to devalue the significant gains women leaders have made across the continent. (And nor is this problem “African” alone.) But while positive developments deserve to be celebrated, I’m cautious that we are feeling too triumphant while there is an ongoing revivalism of old, incredibly patriarchal, traditional values and a backlash against women’s rights that makes it difficult for them to participate in leadership. What do you think about this issue? Is women’s political participation rising or are African societies perhaps becoming even more patriarchal than before?