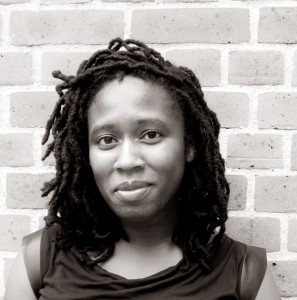 “You’re a woman.” These three words are quite possibly my least favorite words strung together in the English language. When people repeat them to me it’s usually to judge how I can or cannot behave, or how I should or shouldn’t behave. But aside from the genitalia that I was born with, no other assumptions can be made about me based on those three words. (Even that isn’t an assumption that should be made.) Nevertheless, here are some that people routinely make:

1. That my biological sex makes me inherently less able to do things like stand on a train, open a door, pick up a check but yet because I have a vagina, I am required to cook. Having found out that I can’t – or don’t want to cook – a family friend once asked, “What are you planning to do when you get married if you don’t cook?” Well, I certainly wouldn’t marry someone in order to become his personal chef, so I’m not even sure how that’s relevant. (An African City tackles this topic in their latest episode!)

2. That I have to present myself a certain way. In Ghana (where I’m from originally) every single segment of society is stratified by gender. I don’t live in Ghana now, but when I did, a simple example of things people say is that I need to wear earrings because I’m a woman. Everyone had a problem with me not wearing earrings. My aunt told me I look like a man without them. One asshole went as far as to tell me that I needed to sew the holes in my ears back up if I wasn’t going to wear earrings!

3. That I must have children. I don’t want to have children. Period. But according to family members, friends, relative strangers, you name it – I don’t have the right to decide that. My husband is entitled to have children to continue his family line, they say. Apparently, the wishes of a hypothetical man that I haven’t even yet met trump my own rights to determine what happens to my body.

4. That I can’t do DIY. Once, when I was living in a rented room with a Ghanaian family, I bought a DIY bookshelf into the house. One of my housemates, the landlord’s sister, saw me and asked incredulously, “You’re going to put that together yourself?” While I was in my room putting it together with my weak female hands, the landlord barged in, grabbed a plank of wood from me, and said “A woman shouldn’t be doing this kind of work.” When I objected, he screamed that he was helping me. Right…

5. That I and women as a group can’t change things. Minna  has written before  about Thomas Sankara, the late president of Burkina Faso, who was very strongly in favour of full equality between men and women. There are plenty of African feminists  who reject the idea that we must be one thing or the other. As Chimamanda Adichie said in her (amazing) TedXEuston talk, just because you’re culture says one thing, doesn’t mean that it’s right. After all, we are the ones who create culture. And we’re responsible for making things right.

Doreen Akiyo Yomoah is a vagabond currently residing in Dakar. She writes about human rights, race, development, and gender, and can be found at doreenakiyomoah.co.uk.