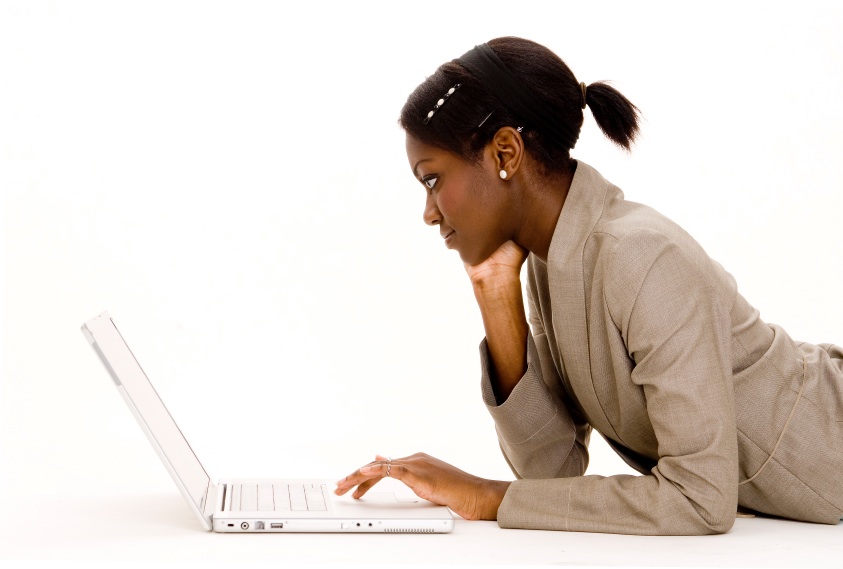 Happy women’s day! Sticking to my tradition of posting a “Seven” series blog every 8 March, this year I’m dedicating the slot to something that is at the heart of this blog, which is to encourage more women in the continent and diaspora to write commentary and opinion.

Before we start I want to say that I am equally a student of blogging as I am a teacher. In fact part of the joy of blogging is that I keep learning new things all the time. So I offer the following advice not as definite answers but as explorations of blogging and life really, which we together can find truths from.

Let’s start with the most important and the most difficult, namely writing on a regular basis. Writing consistently is important for obvious reasons but why is it difficult? First of all, because writing is time consuming. I’m now a full time freelancer but when I started writing I worked in an office as a project manager. I had to wake up early to write before work, I wrote during lunch break, on the bus home etc. Secondly, writing in the personal manner that good blogging requires can bring to surface emotions that we would rather avoid such as pain, anger and fear. In order to become regular writers we must, to some extent, face these emotions or we more easily refrain from writing. Rainer Maria Rilke writes in Letters to a Young Poet, “Find out the reason that commands you to write; see whether it has spread its roots into the very depth of your heart; confess to yourself you would have to die if you were forbidden to write.” So ask yourself – what drives you to want a public voice, which is what blogging is? Answer this honestly and you should find motivation to write regularly.

Following from the previous point, I would like to encourage you to do everything you can to find your voice. Understand, however, that this “finding” is a process. You will not wake up one morning and encounter your voice wrapped in a box underneath your pillow, and even if you did chances are that it would change as you change. I’ve come to see voice as not about speech but about sound. Voice is namely what evolves from really listening. Amidst an orchestra of voices, what do you hear when you write? Explain that. Let’s say you are writing about something as exciting as post-it notes. When you “listen” to the post-it note, what’s its story? Are post-it notes rectangular pieces of bright coloured paper with adhesive glue on half of one side, or, are they tools with which we can remember those mundane tasks that when carried out well, make us better people. Are they, in that sense, self-improvement tools? Can you hear my voice in either of these descriptions?

3. Don’t be afraid of criticism.

In an essay by Mary Beard, The Public Voice of Women, Beard writes,

“public speaking and oratory were not merely things that ancient women didn’t do: they were exclusive practices and skills that defined masculinity as a gender […] to become a man – and we’re talking elite man – was to claim the right to speak. Public speech was a – if not the – defining attribute of male-ness.”

It still is in many ways. The list of things that African women are not “supposed” to publicly voice is endless but the most disturbing is that we are not encouraged to have opinions on African society at large. Take for instance Afropolitanism, an idea about a part of the African zeitgeist coined by an African woman, Taiye Selasi. Not a perfect idea (yet anyway) but if a male writer had coined Afropolitanism would it have become subject to as much criticism as it has been? Does it matter that its possibly staunchest public opponent, Binyawanga Wainana, is male? Who knows. But one thing I’m quite sure of is that had the theorist behind the term been a man, critiques toward Afropolitanism would probably not employ such a ridiculing tone and personal attacks as they have done. Beard writes, “There are countless examples of attempts to write women out of public discourse”. Whether we do it consciously or unconsciously, we refuse the silencing and censoring when we write. To speak publicly about society as a woman is a communal, feminist act. One that people will be sure to react to, oftentimes negatively. I want to be very clear about this point. Be prepared for criticism and try not to let it discourage you. I have alienated people, sometimes family and friends, because of my blog and it has caused me heartache, loneliness and even shame. However, knowing that my work has a positive impact for many far outweighs any ostracising. As Yvonne Vera said, “I know the intense risk a woman takes in the sheer effort of writing, placing herself beyond the accepted margin, abandoning the securities of less daunting, much more approved paths. It’s an act of courage that she writes and releases those vital secrets.” When you feel nervous about expressing your opinions, remember that you are not alone.

4. Learn until you get dizzy.

You have to learn as much as possible about what you write about. You HAVE to do this or don’t become a blogger. Seriously, if you are not well informed about the topics you write about then you are a dangerous person, shaping opinions that you are clueless about. Blogging is ultimately a way to become an expert on a topic much like enrolling for a degree. But unlike degree studies no one is going to provide you with a reading list and make you read it. The responsibility to learn with intention lies with you. This is not the same as replicating the information you have learnt elsewhere onto your site. Rather, you are reading all kinds of books, blogs, journals, magazines etc. to do with your writing themes so that you can engage with their content critically. Whether you agree passionately with what you read or you want to tear it apart you should know as much as possible about it first. Chances are you will sometimes jump to hasty conclusions and later correct yourself. That is fine. But to err on the side of caution you should commit to diligently learning about your blog topic/s. As Alexander Humboldt said, “To explore any one thing one needs to approach it from all sides. Without diversity of opinion the discovery of the truth is impossible.”

Given a blog covers a topic that excites me, there are three things that make me return to it. We have covered two, namely that it has voice and that it is informative (which comes from learning). The third is that it is entertaining. If a blog has a voice but doesn’t teach me new things or make me rehash old thoughts, I eventually bore of it. If it’s informative but doesn’t entertain me I fall asleep. Even if you blog about heavy, serious topics make your content enjoyable to consume. For instance, I like to envision that readers of MsAfropolitan can come here as a place to kick up their feet while also hopefully receiving food for thought. To achieve this, I avoid jargon. While there may be a need for jargon in academic work – which is where most African feminist writing can be found – the language on my blog is intentionally clear. bell hooks said, “My decision about my writing style, about not using conventional academic formats, are political decisions motivated by the desire to be inclusive, to reach as many readers as possible as in many different locations.” Which is not to say that one writing style triumphs another, but that you should find a format that entertains your audience and suits your aims.

And by live I mainly mean push yourself to overcome your fears. Fear, like joy, is individual and it is a damn good guide. Where your fears are, so is your freedom. Another key to freedom is curiosity. Be curious about all this world has to offer. Spend time in nature. Find out how things work. Marvel at the colour celeste. Wonder at the human quest to find love. Learn about your emotional world, your fears, joys, sorrows, courage and so on. Learn about yourself by embracing experience, which is about taking risks. Break the rules: have an affair, tell your boss to fuck off, leave the kids with their dad and travel somewhere alone, learn a new skill, cut that toxic person out of your life. Whatever it might be that can invigorate your appetite for life, be courageous enough to do it. (Be careful with risks though.) What makes a writer appealing, to me anyway, is when as a reader you feel that they are curious about life and that their world is enriched by active participation in the art of living.

7. Be part of the fourth wave of feminism.

Last but certainly not least. We have entered what The New York Times, The Guardian and Marketing Magazine, have called the fourth wave of feminism – The Digital Wave.  Using online tools such as blogs to discuss and share feminist ideals powers the digital wave, which is also a more diverse wave, with women and men from all walks of life being more able to contribute to the conversation. Access to the internet is a privilege much like the printed word is a privilege. People often ask me if they need to use social media on top of blogging, and I advise that while the priority is that you produce content, bear in mind that blogging is a form of writing that is linked to sharing. As a blog author you are an instant publisher and social media is your marketing tool. Also being confident to share your work is a great skill to learn in life.  For African women, whose stories are obscure from mainstream media, the advantages of the digital wave are especially important. We need to boost intellectual discussions; especially those that tackle sexism, repressive traditions and racist stereotypes and that empower us to make sense of our diverse journeys and blogging is an oftentimes more accessible way (than traditional publishing) to contribute to thought leadership and to reinstate stories that continue to be erased, censored and/or distorted.

That’s it. You’ll notice that there are many things I did not cover, e.g. tips on how to make money from blogging, how to build clout or get traffic, reason being that if you succeed at the seven things we’ve discussed, if you write regularly, find your voice, don’t bother about criticism, keep learning, entertain, live out as much as you can and empower the women’s movement (which in a sense you do simply by publicly voicing your opinions), chances are that the rest will gradually follow. Not a small ask, but well worth it.

I guest lecture, offer workshops and consultations on blogging and media, if you or your organisation would like to hire me please drop me a line.