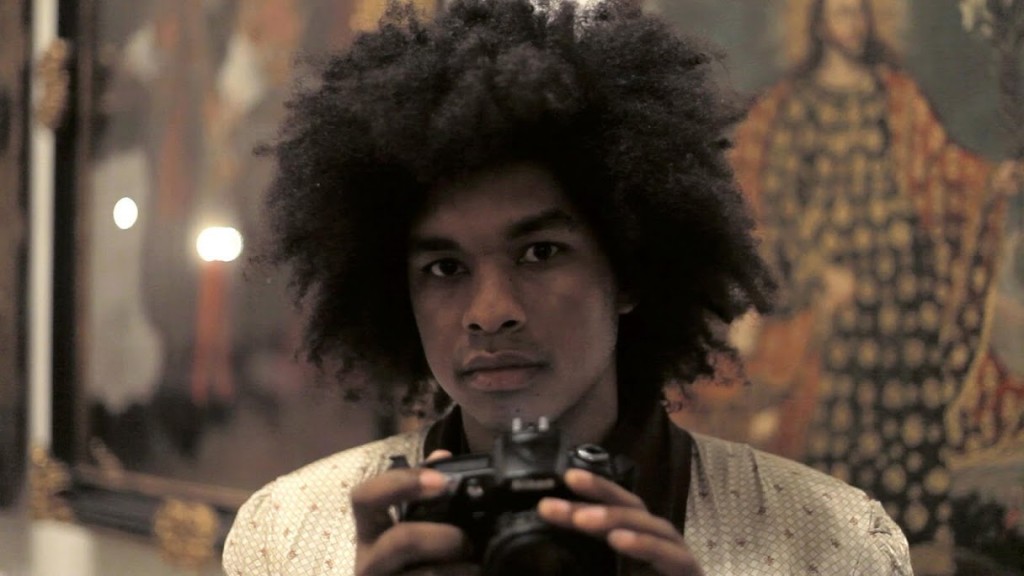 Are you familiar with semiotext(e), the avant-garde, “punk-rock” publisher that introduced french theory to America? No? Don’t worry, most people probably are not. But they should be. Semiotext(e) publishes books that are at times bursting with self-indulgent introspection but that often push and provoke new ways of understanding the world we live in.

Sound much? Well it is. But it’s much in a delightful, tantalising way. I was filled with a warming smile watching the film. And you don’t want to miss the animations in this movie for the world. I’m beaming just thinking about this one scene where the talented director/writer/actor Terence Nance is depicted as a minimised cartoon version of himself in the palm of his XXL size lover. This scene is a delicious poetry about unreciprocated love.

I asked Terence Nance to share what comes to mind when he hears the following seven terms: Beauty, Africa, Love, Feminism, Creativity, Masculinity and Ambition. Check out his responses below and don’t miss the movie. It’s showing at these times if you are in London.

Beauty – My mother, My sister, My niece, the wind, feet, ruby’s drawings, sleep, why don’t I get enough sleep? I should sleep 7 hours tonight.

Africa – How I can’t stand when people refer to “Africa” as a singular destination or place. like, “I’m going to Africa” or “Africa is great”. The continent is so vast and diverse culturally, geographically, and energetically that reducing it to a singular “place” always irks the shit out of me.

Love – Is ruining simplicity and doesn’t care what you think about her. Love is making my life more complicated. I don’t believe or trust people who say they have never been in love. I think of them as the same as people who have had the same booger in their nose for the last two months. Get a tissue and liberate that bad boy please.

Feminism – Womanism, the women around me, mostly women of colour, refer to themselves as womanists as well as feminists. Because I was just having a conversation with someone in the military about how rampant rape and misogyny are in the military, the word makes me think about how “high stakes” and essential feminism is as a worldview.

Creativity – Reigns (in an alternate universe). I wonder if everyone is creative in a world that does not value creativity. Do we not value creativity because most people are actually not creative and abhor it or envy it in the small minority of people who possess creativity? Do I live in a bubble in which everyone is creative? (I do live in some kind of bubble, the exact nature of it is yet to be determined)

Masculinity – Is a construct built by self hating homophobes. Some of whom are lovely people. Also my wife is kind of masculine but she still likes it when I carry her to bed when she falls asleep on the couch.

Ambition – My ambition is to leave the world having changed my culture for the better, and having tried my hardest to do so every moment of every day.

Did you enjoy the interview? Have you seen the film yet?

Find out where to catch it here