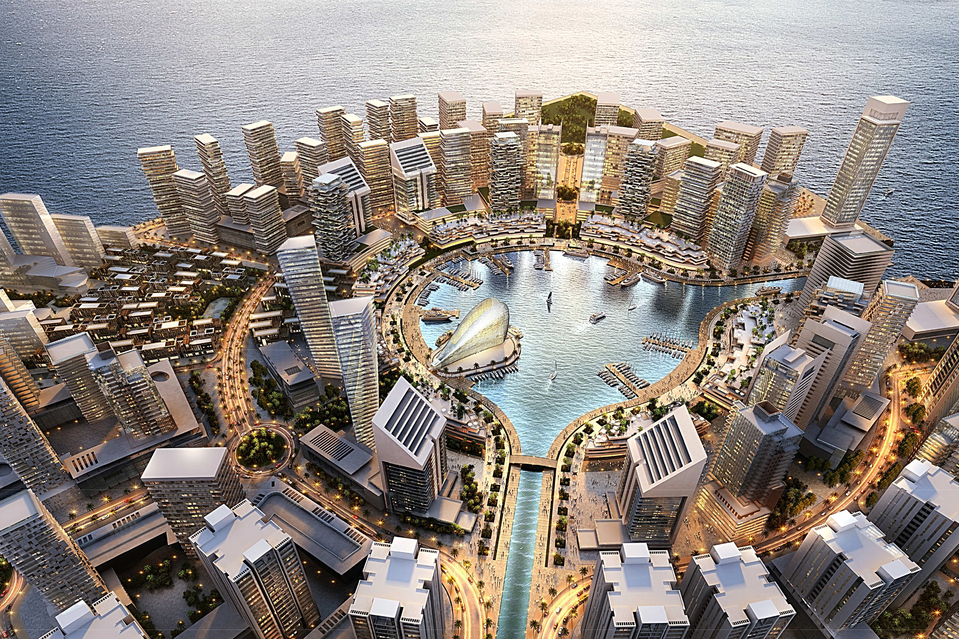 At the 15th summit of the Organization of African Unity (OAU) in 1978, then Lieut. General Olusegun Obasanjo said, “no African nation is about to embrace communism wholesale any more than we are willing to embrace capitalism.”

In 2013 such a statement seems alien. Rejecting capitalism is not a real option for African nations, right? In fact, economic growth, and the consumer culture that it pre-necessitates, is now our yardstick of progress. In contrast, social reform – the priority of an earlier generation – is on the bench.

I’m personally wary of both megalomaniac capitalism as well as of sole focus on state welfarism. Trade vs. aid-speak, if you like, makes my ovaries turn. Truth’s we need both and while social reform is crucial, in order to compete with other global actors – which African nations must do – a focus on the market economy is equally important. Whether it’s construction, education, power supply, technology or consumer goods, African nations need to become self-reliant or they will continue to get fucked over to put it bluntly.

As it is, the tendency is to view products and services with a foreign stamp as better. Books about Africa that are published in the west sell better than those published in Africa. Bridges that are built in the east are considered better than those built in Africa. Clothes with foreign labels are perceived to be better quality than those manufactured in African factories. The examples of this “betterism” mentality are everywhere. For instance, when H & M launched in Cairo, thousands of people queued for the launch as if there were no clothes in Egypt before the Swedish clothing giant arrived. In Lagos, whenever an international brand opens a flagship store, we act like God himself (sic) has come to town. This is not to sound holier-than-thou, I too am happy that I can now buy my MAC products in Lagos, for instance, and I feel proud that things I could only dream of getting a hold of as a child are now available.

There are many views on how Africa can become increasingly self-reliant, naturally. But one thing is clear, we need to envision a future where it is. And in order to do that, we need to first observe and define the current predicament. You cannot change what you are not thoroughly aware of. Unfortunately, however, it is the western mainstream media that has a stronghold on naming African trends, and we all know they get a hard-on from categorising Africa into reductive tropes such as “Africa rising”. Pun intended.

This is where cosmopolitanism enters into the picture.

As a concept, cosmopolitanism dates to the 4th century BC, and to the Cynics, and in particular to the ancient Greek philosopher, Diogenes, who first coined the expression. To Diogenes, belonging to any single community also meant being a citizen of the cosmos (world) and polis (city). Cosmopolitanism has since developed into, simply put, a philosophy dealing with difference from ethical, political and cultural lenses. Cosmopolitanism is the idea that as world citizens, people are different but that this precisely is the joy of being human.

Africa has numerous cosmopolitan cities as any other continent. Take for example Lagos, it’s one of the world’s largest cities and it’s one where you find Brazilian, Ethiopian, Lebanese, Ghanaian, you name it, communities together shaping their city. The same can be said of Nairobi, Cairo, Addis Ababa, Johannesburg…

As I see it, the vocabulary of racial freedom is not enough to deal with these questions. What needs to be done is to discover a language within which these fractured linkages can be understood and redeemed. I suggest that Afropolitanism is that language and that concept.

A year earlier, Taiye Selasi, said, more famously, that, “Afropolitans are not citizens, but Africans, of the world”. I would add “and Afropolitanism is a conceptual tool that they use to envision a future Africa.”

Needless to say this is a future where Africa is self- reliant, enriched by our differences and benefiting from what the world has to offer via regional and global partnerships.

The process of naming the African zeitgeist can be useful for strategic dialogue. As Kwame Appiah writes in his book about cosmopolitanism with the eponymous title, “cosmopolitanism is not the name of the solution but of the challenge”. The same extends to Afropolitanism.

Afropolitanism, like its predecessor, pan-Africanism, has the rare position of being an idea by Africans about Africans. However, while Afropolitanism is yet to be fully fleshed out and critics have passionately, scathingly and, OK, justifiably, engaged with its tensions (although I would argue that the critics totally missed the point), pan-Africanism in its turn has failed, among other things, to evaluate its strong ties to socialism in an increasingly capitalist Africa and to criticise the conflation of its ideologies with intrastatal institutions as the AU.

The AU is right to call itself a pan-African institution, don’t get me wrong, but there is tension in that many member nations are plagued by “un”-pan-African practices such as ethnic conflict and corruption.

So, here are some questions I would like us to consider.

How do African societies whose cultural and social ambitions are pan-African, reconcile the rise of individuality – as capitalist societies encourage? How do they reconcile the prominence of global brands in Africa? Can Afropolitanism – as a futurologist tool – provide a vision for combining financial growth and self-reliance while also tackling the structural causes of inequality and poverty? Can it perhaps ensure that a pan-African consciousness shapes all economic policy? Can an Afropolitan ethos help create a thriving job sector? Could it help create measurable tools to aid wealth distribution? Can its youthfulness and promise be used to reform education? Can its freshness create new buiness models that support the creative industry? And could it – considering its roots of fellow citizenship – be an aid to solving conflicts? Can afropolitanism, provide impetus to modernise traditions that reinforce class or gender hierarchies? With a connected Afropolitan vision, can Africa’s cities be environmentally conscious, perhaps by adapting old ways of living with nature? Can it change regressive attitudes about Africans within and outside Africa? Further, ours is a time when culture & arts in Africa continue to be often tied to western institutions: can Afropolitanism, as a theory by Africans for Africans, be a useful tool to critique the dominance of western backed initiatives without falling into the unattractive blindspot of hypocrisy? Basically, can afropolitanism offer a vocabulary which can help in creating a self-reliant Africa, one which realises its economic, social and cultural potential simultaneously?

I believe that it can.