Globalisation, the compression of the world through cultural exchanges and innovation, is not a new incident to Africa (nor any other part of the world for that matter). Africa is interwoven in a millennia-long global exchange, where it has often lost out but also benefited from and shaped the course of global innovation to a far greater extent than it is generally given credit for.

Historically, Africans advanced the course of humanity by, for example, inventing the art of smelting iron at a time when the European still used stone and hard wood to produce hammers, knives, spades, hoes and other quintessential tools for industrialisation. Of course, many researchers in western academia can’t get over this, so there is a host of research which tries, unsuccessfully, to dispute the African origins of iron smelting…

In any case, globalisation as mostly discussed in our time: the kind of world shrinkage where a person in Fiji can enjoy a Peri-Peri chicken meal at a Nando’s restaurant at the same time as a person in Swaziland does (Nando’s website boasts that branches are “spreading like wildfire around the world”) has a, well, unique flavour in the present day.

To what extent does Africa shape globalisation, “THE” buzzword of our times? How do Africans impact world arts, culture, business and thought leadership? 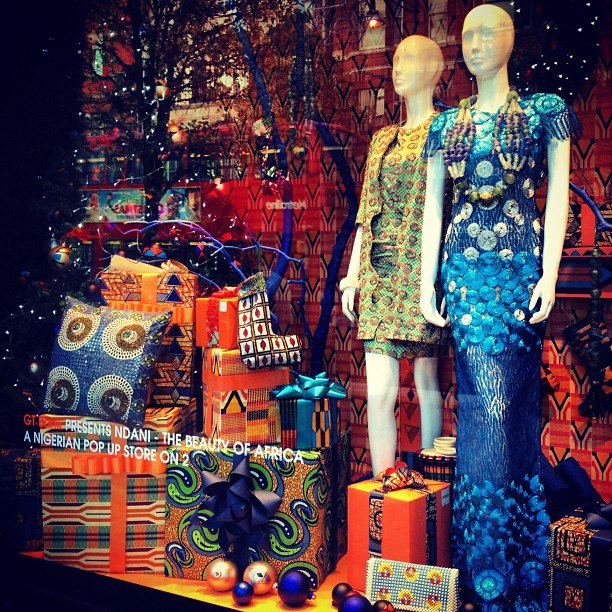 1. Let’s start with the glamorous fashion industry, where African influences are not only seen across the African region and diaspora but can also be found adorning catwalkers of the New York, Paris and London runways (Donna Karan, Burberry etc.). Inspired by Africa, designers are dedicating entire collections to Africa such as Vivienne Westwood’s Ethical Fashion Africa collection, which the world-renowned designer articulates, “is not about charity, but work”.

In June 2011, I curated a fashion show at London’s Victoria & Albert Museum titled “MsAfropolitan presents: The Rise of Afropolitan Fashion”. The event, which was part of the museum’s Friday Late series, attracted thousands visitors. Similarly, in November 2012, a Nigerian fashion pop-up store called Ndani, launched at Selfridges. The attention to African trends is not surprising; for instance, according to an article (Britain’s Surprise Shopaholics: Nigerians) in Bloomberg Businessweek, Nigerian shoppers are the fourth biggest contributors to overseas shopping in the UK (behind only China, Russia, and the Middle East).

2. Art, Art, Art. In the same month as Ndani launched, the Tate Modern in London opened “Tate and Africa”, a two-year project in partnership with Guaranty Trust Bank Nigeria that is dedicating galleries to African artists as well as discovering emerging talent in the continent.  And remaining in the art scene, at the “Olympics of the art world” as the Venice Biennale is endearingly referred to, Angola, became the first African country to win the prestigious Golden Lion Award 2013. With interest in African art – traditional and modern – reaching previously unseen heights and record prices in international galleries, auctions and homes the Angolan achievement is not unanticipated.

Half of a Yellow Sun movie still

3. “For decades, Africans have produced what they do not consume and consumed what they do not produce,” says Andrew Rugasira, a Ugandan entrepreneur in The Wall Street Journal but that is rapidly changing. For instance, Nigeria is now home to the fastest-growing film industry in the world, Nollywood, releasing an estimated two thousand titles a year – much higher than the US’s 500 and India’s 1325. Nollywood movies are, however, consumed far beyond the borders of Nigeria. For instance, in May 2012, The Annual Cinema Africa film festival took place in Tokyo, Japan with a spotlight on films such as The Figurine and Phone Swap by Kunle Afolayan and the London based Film Africa festival is just starting its third successful year.

This year has also seen the premiere of Half of a Yellow Sun, based on the bestselling novel by Orange prize recipient Chimamanda Ngozi Adichie that is set to revolutionise perceptions of African cinema globally.

4. The African music industry is an international game changer. From South African Mzansi House to West African Afrobeats, the global musical mainstream is more Africa-influenced than it has ever been.  The best example is D’banj whose global hit “Oliver Twist” reached number two on the UK R&B charts in 2012 topped only by “R.I.P”, a collaboration between Rita Ora and Tinie Tempah, another artist of Nigerian origin.

5. Africa’s shaping the world extends, however, further than the trendy world of fashion, arts, film and music.

In politics, African countries are providing examples of gender-sensitive policy making and innovative electoral mechanisms that could be models for other parts of the world. In Rwanda, for example, 64 percent of parliament are women, the largest ratio in the world, and Senegal is not too far behind with 43 percent. Organisations such as The International Institute for Democracy and Electoral Assistance (International IDEA) are looking to the successes of Rwanda to understand how quotas can be used to encourage gender parity worldwide.

Also, sticking to the political realm, the revolutionary spirit that sparked within Africa in 2010 ­– Tunisia then followed by Egypt, Libya, and Nigeria – has truly spread like wildfire around the world (to quote Nando’s). Most recently, Turkey and Brazil witnessed similar mass protests in their cities. 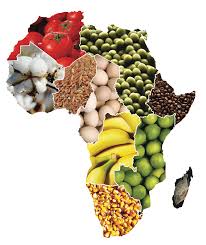 6. In agriculture, Harvard Professor, Calestous Juma, reports a case of Nigerian scientists having developed a pest-resistant variety of the black-eyed pea, which is able to control insects that destroy nearly $300 million worth of the crop annually. Africa grows 96% of the 5.4 million tons consumed worldwide each year and imported, until now, pesticides worth $500 million to control the pest. The development of the transgenic blackeyed pea by scientists at the Institute for Agricultural Research at Nigeria’s Ahmadu Bello University in Zaria solves both a problem for African traders of the crop as well as global food companies wanting access to it.

AgriProtein is another example of African innovation within agriculture. It is a system which collects biodegradable waste, feeds it to flies that in turn produce larvae that are ground into protein to provide a more ecologically friendly, naturally occurring type of animal feed. This approach improves the nutritional value of meat and lowers the cost of animal feed for processors and farmers. With global population expected to grow to nine billion by 2050 (pdf) and 900 million people living in hunger, the demand for nutritious food is rapidly increasing.

7. No discussion of how Africa is shaping globalisation can ignore some of the most exciting developments in technology. From healthcare and safety to access to information, capital and education, African “tecchies” are using mobile technology in some of the most innovative ways.
Inventions such as the Kenyan M-pesa, a money transfer system that services unbanked communities using a mobile phone app, has seen remarkable success across the East Africa region. M-Kopa Solar is a similar mobile technology application that provides affordable solar-powered lighting and mobile charging on a pre-payment basis, using the M-PESA system.

With scope for global applicability it is no wonder that firms such as IBM, Samsung, and Ericsson are setting up research facilities in the region. In June, Nokia and AppCampus, a Finnish mobile application programme, announced a collaboration with hubs across Africa further establishing the global applicability of the African “app” industry.

We tend to speak of globalisation as a phenomenon in which Africa is forced to adapt to global trends. Yet in truth, Africa is not only a recipient but also a key player in the innovation and globalisation process.

Would you like to add any ways that Africa is shaping globalisation? Please share your views in the comments section below.

This post is adapted from an article I wrote for WINGS Magazine.