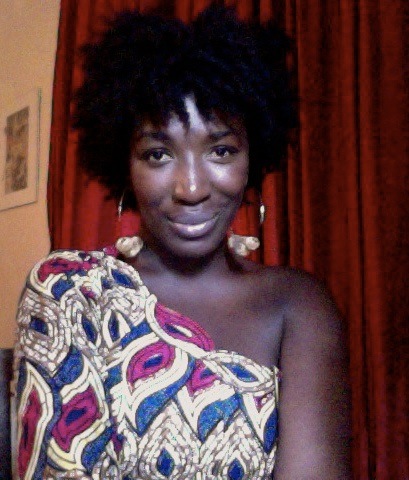 Minna’s article last week on the reasons why she/we love African men, was pretty spot on right? I certainly appreciate African men and if I may be biased, especially West African men – *swoon*.

I agree that there is an aura of unrehearsed confidence about African men that makes women like me weak. And Minna’s point about a sort of feministic archetype African man is interesting.

Plus, they understand us right? They too get the 3am calls from relatives back home who can never seem to get the time differences right. They too understand the monthly Western Union visits to send our cousins’ school fees. They sympathize with us the when our white co-workers ask if we speak “African”, or if we can teach them how to twerk.

However, now that I’m back living on the continent as a single girl, many of my interactions with African men have left me wondering if the love is mutual.

I’ve come to wonder if African men see us are as their cherished equals, their queens? I’m getting the feeling that they all lust for their very own Kim Khardashians, leaving the Fatimas, Onyekas, and Wanjirus of the world high and dry?

Let me give you a few examples. A couple of weeks ago I had some friends over to my home in Tanzania for Sunday daytime drinking (don’t judge). One of my guests, influenced by my cocktails, confessed his feelings about my roommate who is white. He basically said that I was not as valuable as my roommate because of her heritage. Another case: one of my friends doing her masters degree in a cold, faraway Scandinavian country met a guy from the same African country that she comes from. After spending time together, and connecting on the fact that they spoke the same language, and shared other experiences, he eventually revealed to her that he really wanted an “exotic” woman, meaning non-African. This reminded me of a male friend who doesn’t mind African women as long as they are light skinned. Ethiopian women, he once told me he liked, because “Ethiopian women make the women from his country,” [beautiful women who I think look very much like myself] “look like animals.” Can you imagine?

The list of experiences goes on. Between my girlfriends and I; we have had our fair share of less than pleasant interactions with African men.

Born in Abidjan, Cote d’Ivoire and raised in Washington, DC, Stephanie Kimou is a blogger by night at A Black Girl in the World and a program manager at WomenCraft Social Enterprises in Ngara, Tanzania by day. She holds a masters in International Affairs and Gender Studies from Georgetown University in DC.
Stephanie has written on MsAfropolitan previously about marriage and women in an African context.