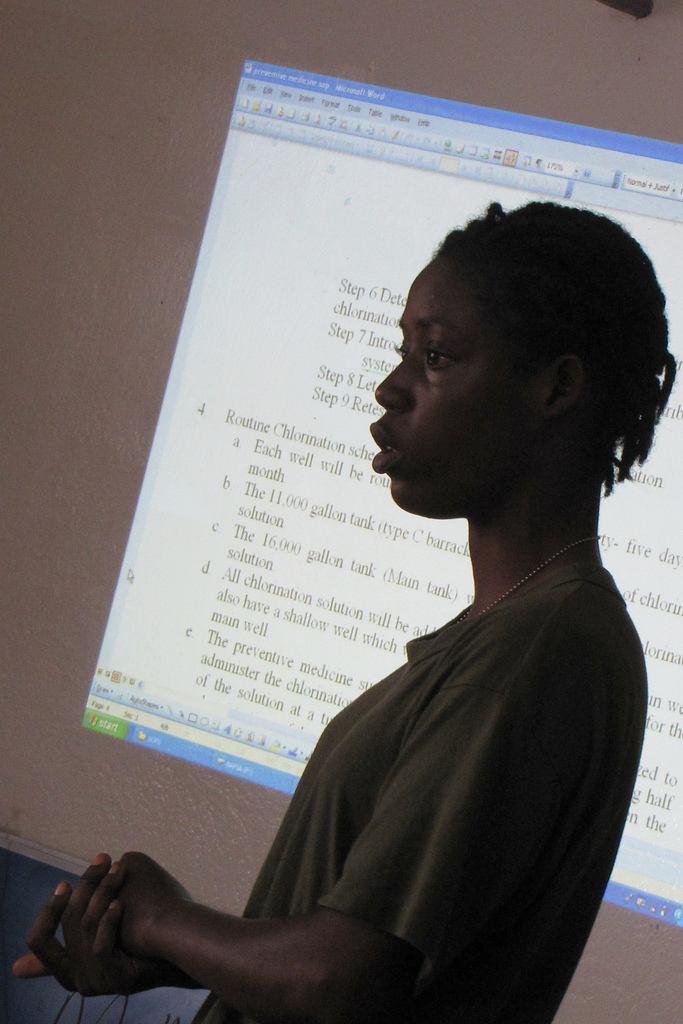 Out of all the alarming news that we receive on any given day, the story about all 25,000 school-leavers failing a test of admission to the University of Liberia hit me like a can of whoop-ass yesterday! The Liberian newspaper, The News, has since reported that the university has agreed to lower the entry standards slightly to enable some permissions and Liberia’s president, Ellen Sirleaf-Johnson, confirmed that 1,600 students would be admitted. Nevertheless it’s devastating. How on earth is it possible that not a single student passed the initial entry exams?

The obvious explanation is the civil war in Liberia, which ended only a decade ago. Furthermore, in a poor, postcolonial country interwoven in a neoliberal global system it is arguable that in many ways peace has not yet been achieved. It may thus seem natural that young people who are burdened with the memory of trauma, individually or collectively, are unlikely to perform well in school.

The more I thought about it, however, the clearer it became: While the residual legacy of war is probably the catalyst, it’s not the main reason. A flunk of this scale has to be a problem within the system itself. After all, even psychologically traumatised young people can be seduced by knowledge acquisition and the excitement to learn. I know this proximately because my mum, who is a retired teacher, taught severely war-affected youth from Iraq, former Yugoslavia, Somalia and so on. If you can awake even the slightest curiosity in a young woman or man, you can teach them to at least be open to learning.

The major problem, in Liberia and elsewhere, is that the educational system is not set up to advance the society in which it operates. It is frankly quite useless and boring and in need of an overhaul. Understandably, students are simply not engaged any more, they’re not excited about learning. They see no point in learning things that will not help them succeed in life.

The most urgent question in Africa is that of education.

I fear that what’s happened in Liberia might be a precursor of what’s to come in many African states. The already volatile standard of education has been stooping in recent years. African learning institutions are suffering of regular teacher strikes, bribe-culture, gender based violence, corruption and a lack of resources to name a few. Furthermore, the ever growing youth population face massive unemployment. Experts from many African countries have raised concerns about the decay of the education system.

Inequality, poverty, exploitation, patriarchy, neo-imperialism, violence, war, leadership, health care and so on are all interlinked and bound together by the dilemma of education. And I don’t mean education simply from a development/NGO/Millennium Goals perspective. Indigenous knowledge is also education. Learning to think independently is also education. Learning to love yourself is also education. In that sense, all of us, each and every African, needs to re-educate ourselves. We need to ask ourselves the fundamental question: what is the purpose of education? Is education simply a question of getting a certificate? Is it a means to a particular job? Is it a way to make money? Is it something to make our parents happy? Or, is it as I would like to propose, something that should encourage us to be of value to our societies and our societies of value to us. This dialogue is well overdue.

At the moment, the debates about educational reform centre around raising numeracy and literacy or providing each African child with laptops. But these are not our biggest problems. Why aren’t we focusing on getting young people excited to learn, helping them become citizens who are connected to their environment?

I wish education in Africa were of an increasingly philosophical nature. Imagine campuses where students themselves are encouraged to probe into why they are studying in the first place. Imagine schools where ‘pan-Africanism’ and ‘African philosophy’ are core parts of the curriculum.
Education is a process that sparks an internal curiosity, its ultimate goal is to teach people how to learn. It is what helps people formulate some of the most important questions in life. Well, at least it should be.

What do you think? What would you like to see on the education agenda? Would love to hear your thoughts on this, let’s discuss.