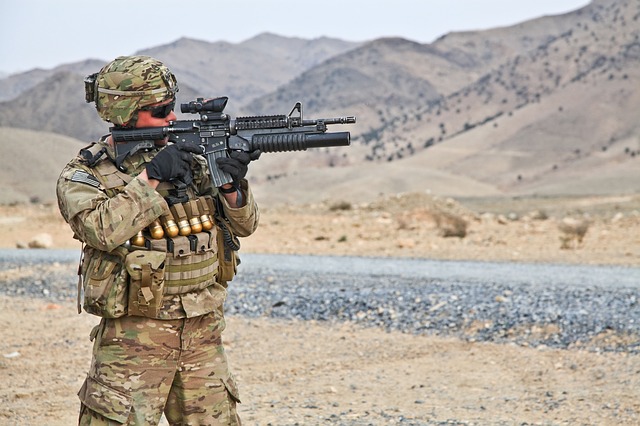 In a 2006 interview, George Bush referred to the war on terror as World War III. Perhaps he was right. We are witnessing a modern day world (or “global”) war, very simply put between those who claim to be fighting to uphold freedom from extremist religious fundamentalism, and the other side waging war against “unbelievers”. (And yes, Bush is also a cause of the global war but that’s another story.)

Everyone is not as gloomy as Bush about the state of the war, however. Last weekend, Bush’s global-war-ally, Tony Blair, shared an alternative view. In a Guardian OpEd, Blair wrote, “There is hope for the future amid the turmoil of the Middle East”. In true psychopatic Blairite fashion, he was obscuring the seriousness of the problem to protect his own power-hungry interests.

The situation seems in fact graver than ever. Despite Obama’s claims that Al-Qaeda is near defeated, the 19 US embassy closures this week including four in Africa (Madagascar, Rwanda, Burundi and Mauritius) suggest otherwise. The circumstances are not aided by the increasing number of western-based jihadists, such as Denis Mamadu Cuspert, a Ghanaian-German former gangsta rapper known as Deso Dogg who is now a Jihadi rapper, Abou Maleeq, and is fighting in Syria and whose disquieting Youtube videos encourage blowing people up with bombs and grenades.

Of course, all Africans are impacted by the global war and its steady spread to African soil. Like Professor Wole Soyinka says about war and fundamentalism in the remarkable book Of Africa – “As if the African continent did not have enough on her plate, enter a shadowy but lethal force determined to reenslave a continent” – but  nevertheless African women are especially affected for several reasons of which I’ll name a few.
First, the militarisation of Africa as a result of the global war strengthens male dominance and compromises all the hard-earned changes women have fought for. As the Nigerian feminist, Amina Mama, writes in her insightful analysis of African womanhood in the age of war, there are “links between war and the male domination of political and economic arenas”. Furthermore, African women are losing their sons and husbands to spreading conflicts. Widowhood is thus on the rise with its own set of harsh consequences for many women. Also, young girls are increasingly recruited for wars and rape and violence is at an all time high. Add to this that issues that are to do with gender, war and migration such as sex trafficking, peace-building and poverty, affect African women’s lives disproportionately.

Women have the right to a peaceful existence and the right to participate in the promotion and maintenance of peace. – The Maputo Protocol, Article 10

I keep on posting, posting and posting about the African Women’s Decade and the Maputo Protocol on my blog because I think you should all save a copy of it and if your line of work permits, use it as the tool that it is. Heck, use it whatever your line of work is. I’m posting the link in this instance because the devastating impact that the global war has on many African women’s lives should also be understood within the remit of the African Women’s Decade.

I’ll leave you with a line by Yvonne Vera that I think captures a real danger faced. “The war begins. A curfew is declared. A state of emergency. No movement is allowed. The cease-fire seizes. It begins in the streets, the burying of memory.”

Would love to hear your thoughts as always.